Why Uber Should Actually Be Illegal
Odyssey
CurrentlySwoonLifestyleHealth & WellnessStudent LifeContent InspirationEntertainmentPolitics and ActivismSportsAdulting
About usAdvertiseTermsPrivacyDMCAContact us
® 2023 ODYSSEY
Welcome back
Sign in to comment to your favorite stories, participate in your community and interact with your friends
or
LOG IN WITH FACEBOOK
No account? Create one
Start writing a post
Politics and Activism

Why Uber Should Actually Be Illegal

And it's not because of background checks and taxi businesses. 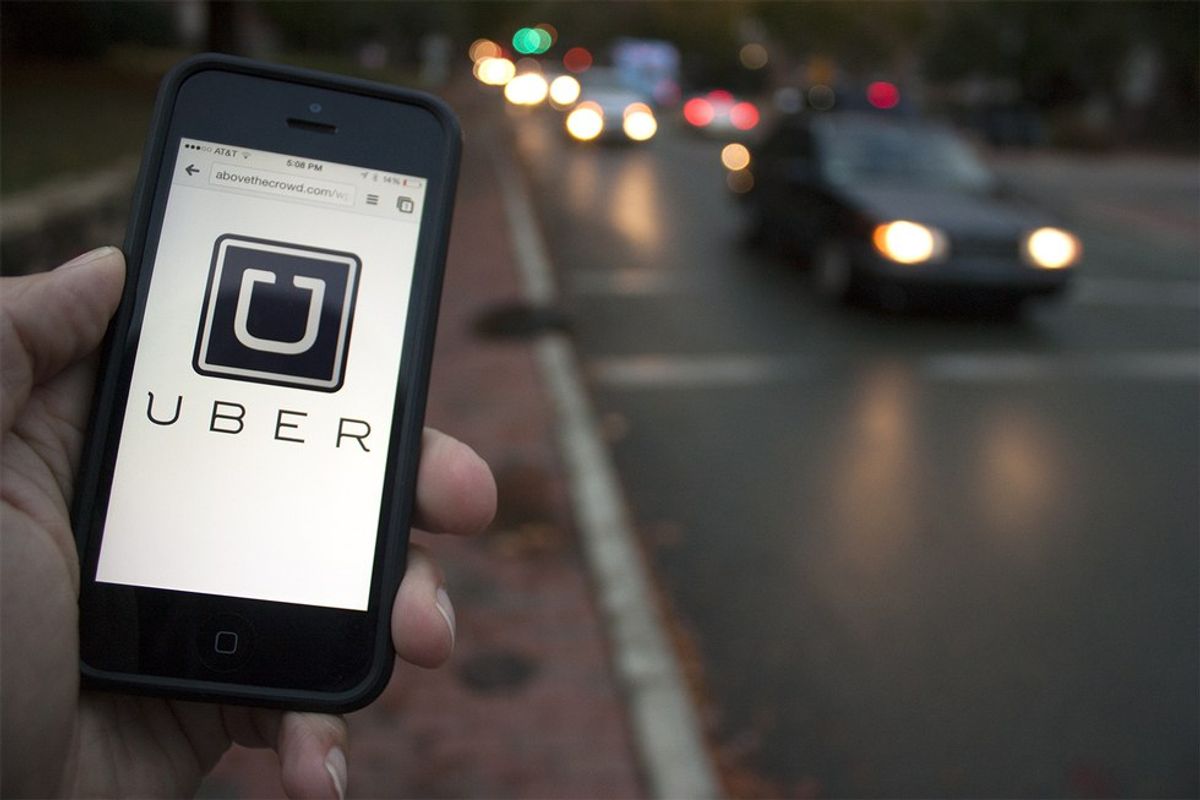 Uber is currently banned in parts of 28 states and countries across the world. Many are under review due to opposition coming from taxi drivers and the number of lawsuits that have been filed against Uber within the past few years (173, as of mid- 2015).

It has more recently come under fire in Portland, Maine for evading labor laws. Uber doesn’t claim its drivers to be employees, but rather to be independent contractors that have joined forces with Uber. They all run their own business and receive help to boost their “sales” with Uber. If all Uber drivers are independent contractors, Uber is breaking many antitrust laws that protect consumers from corporations gaining an unfair market advantage.

The lawsuit that has been filed states: “Uber has a simple but illegal business plan: to fix prices among competitors and take a cut of the profits.”

Most of us have used Uber before, you know that for the time and place you’re at everyone gets the same rate no matter who your driver is. This is price fixing, which takes away from the basics of price when it comes from supply and demand. The one way Uber does try to get out of this is with “surge pricing,” which elevates the price when there’s a higher demand for drivers (in circumstances like music festivals, sports events or holidays). However, the amount is locked into the app. Drivers cannot choose to be a part of it or decide to opt out of this special pricing, thus more price fixing occurs.

Earlier this month, Uber settled to up to $100 million on two lawsuits that focused on the employment status of the drivers. However, Uber even went to the lengths of trying to ban drivers from suing Uber as a collective of people by writing their drivers contracts in specific wording.

Lyft, another ridesharing app, has also come under fire for the same employment issues and were sued to pay $126 million to drivers which they would have gotten had they been classified as employees. They also consider their drivers to be independent contractors so that they too could face future lawsuits for breaking antitrust laws by price fixing.
Report this Content
This article has not been reviewed by Odyssey HQ and solely reflects the ideas and opinions of the creator.