I'm The Big Sister Of Twins, And I Love It
Odyssey

I'm The Big Sister Of Twins, And I Love It

You really learn to multitask when you have to babysit two kids of the same age. 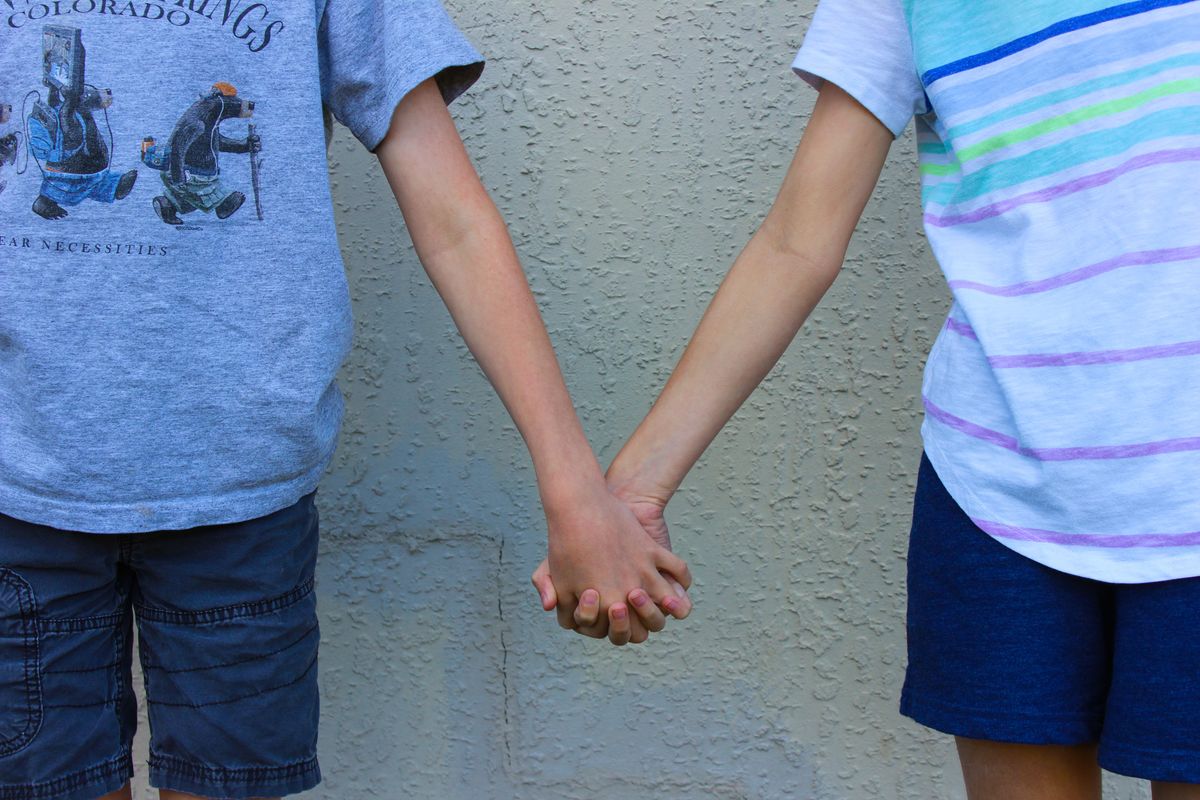 “Oh my gosh, twins! Are they identical?”

Um, do they look identical? My little brother and sister are fraternal twins who arrived when I was 12-years-old and my other brother was 7-years-old. We discovered my mom was having twins at her first ultrasound. My parents did not want to find out the sex of the baby until he or she was born. “Unless it’s twins!” she joked.

Double the siblings brings double the usual brother/sister antics. Try sleeping in to a normal hour when two hungry babies wake up at the crack of dawn every day. After dragging myself out of bed, some days I would get to help warm their bottles and feed them while chatting with my mom.

Now that they are 9-years-old, they don’t wake up screaming to be fed, but they do run around the house acting out whatever game of pretend is on the schedule for that particular day. Just about the only time they’re quiet is when they draw. My little sister likes to sketch animals and lizards and my brother creates stick figure comic books. Of course, the silence only lasts for maybe an hour at a time before they start pestering me and my other brother to buy their drawings, .25 cents each. Which, of course, means I’m out .50 cents because, you know, there’s two of them.

Speaking of double, their favorite Starbucks drink is the double chocolatey chip Frappuccino (venti, but split into two cups). I’m not sure how these Starbucks dates started, but whenever I’m in town and have time, I try to take my little siblings out for, well, coffee for me and sugar for them. Sometimes, we even splurge and get cake pops.

But of course, it’s not always fun and games with two little kids. They do get into their occasional twin fight. Usually, it’s an argument about whose turn it is for a video game or one claiming that the other is playing with a favorite Lego minifigure without permission. Sometimes they work it out on their own, but other times mom needs to come in and mediate a discussion. They can’t stay mad at each other for too long.

“Sometimes, I feel bad for kids that aren’t a twin,” my little sister mused one day.

“‘Cause they don’t have a friend all the time,” she answered.

My little siblings are the best of friends, and they’re so cute to watch. They help each other remember things like what episode of a TV show they need to watch next or when an anticipated movie comes out. They encourage each other in their homework by asking questions when they are confused and making sure the other doesn’t feel bad if they don’t understand something. They always have a buddy when they must go to a new place.

Unfortunately, their lives began by being separated from each other. They were born about a month early, and while my little sister was fine, my little brother had trouble breathing right away. They transported him to a Neonatal Intensive Care Unit, or NICU, to figure out what was wrong. Eventually, he had to be transferred by ambulance to an entirely different hospital. My dad followed and stayed with him since my mom and little sister were still at the original hospital. We found out he had a hole in his heart because it was not fully formed yet. He had to stay in the NICU for 17 days, but was able to be treated and no longer needed the breathing machine.

Visits from his twin sister made these days a little better for my brother in the NICU. She and the rest of my family visited every day once she and my mom were out of the original hospital. Some days, the nurses would let us lay her in the hospital crib with my little brother. This co-bedding helped my little brother’s recovery because, with his twin near, it was close to what it was like before they were born.

I will always cherish our Starbucks dates, Disney song sing-a-longs and games of hide the stuffed animal. I’m so blessed to get double the special memories of growing up with twin siblings. And I’m so glad they will always have each other.