"Twas The Night Before Finals At EIU
Odyssey

"Twas The Night Before Finals At EIU

"While visions of Marty's fishbowls danced in their heads" 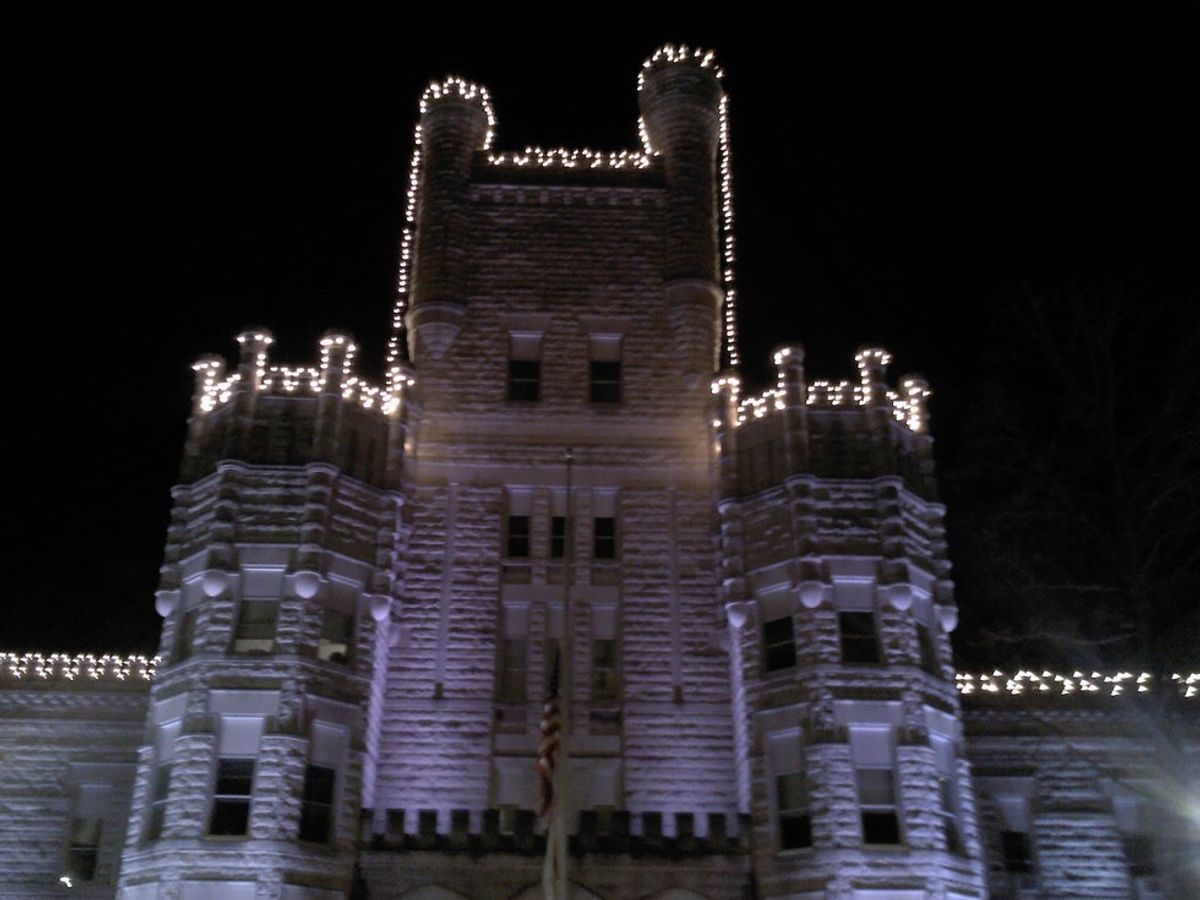 'Twas the night before finals, when all through EIU

Not a student was sleeping, with too much to do.

Booth Library was packed with not a table to spare,

In hopes that D2L would have nothing but A's to share.

The Panthers were cramming until their brains were all dead,

While visions of Marty's fishbowls danced in their heads.

With Glassman in his office, and Professors at their desks,

had just started laughing at the students' emotional mess.

When in the center of the library there arose such a clatter,

Students remained in their spots not caring what was the matter.

Their study rooms were envied from students afar,

And risk them they wouldn't for a free snack that was only subpar.

The moon on the breast of the new fallen rain,

gave the luster of their misery to the grades they would soon gain.

When, what to my wandering eyes should appear,

but a semi-familiar class mate with a finished study guide near.

With a little fresh scribbles, so precisely well placed,

I knew in a moment there wasn't a moment to waste.

More friendly than needed, I approached my classmate to greet,

and begged and pleaded and asked for the worksheet.

At Marty's and Paw!

Whatever it will take!

Whatever drink you please!

I need the answers, I want,

As my classmate sat to ponder my ridiculous cry,

I knew I was asking too much, but my tears would not dry.

So I shamefully gave up and trudged back to my seat,

With my hopes of an A dreadfully, and depressingly beat.

And then, in a twinkling, I heard from behind,

The rustling and shuffling of papers combined.

As I crossed my fingers and was turning around,

Up came my classmate with the study guide abound.

His eyes--how they were rolled. His face, how scary!

His glare was like ice, his vibes far less than merry!

He gave me the packet and let out a small huff,

and the unwelcomed hug I gave him didn't seem like enough.

I repeatedly thanked him for my new sense of hope,

and told him I owed him a whiskey and coke.

He smiled a little and said with slight coyness,

I only gave it to you, out of pure annoyance.

He was bitter and rude, a right dreadful old elf,

and I laughed when he left, in spite of myself.

A slap to my head and twitch of my eye,

soon realizing I had the wrong class, the wrong guy.

I spoke not a word, but went straight back to work,

That kid was in my art class, and not in my math,

I had already taken that final, I am a sociopath.

I laid my head down, to my dreams I gave a whistle.

And they all dissipated like the down of a thistle.

But I reminded myself, as my hope was out of sight,

"I can still be a stripper, and financially be all right!"