8 Truths Of Being In A Non-Panhellenic Sorority
Odyssey

8 Truths Of Being In A Non-Panhellenic Sorority 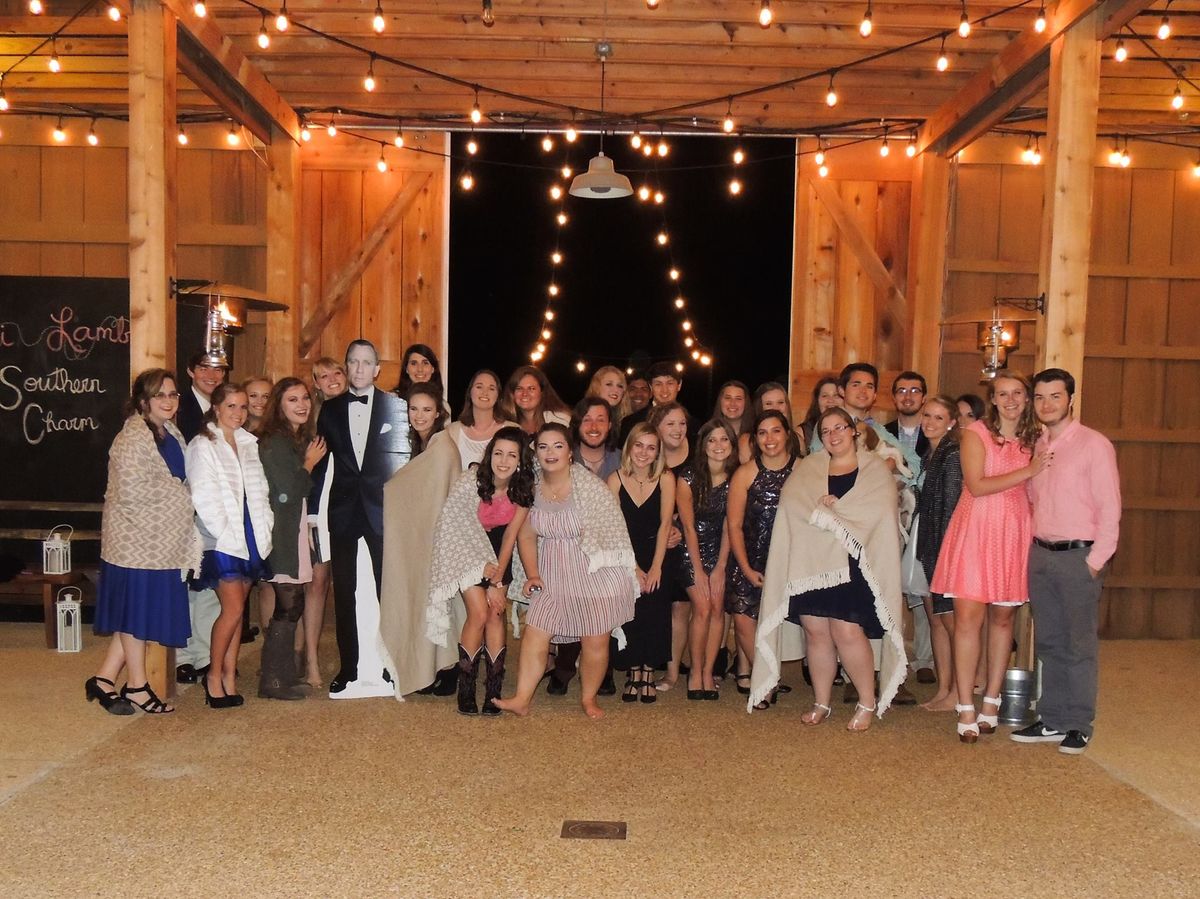 Upon embarking on my journey to college, and going to a major Greek school, unlike the majority of my friends and classmates, I did not undergo formal rush. I decided to change universities 3-weeks prior to classes starting, so the majority of my reasoning was simply because I did not want to have to rush to get recommendation letters and pressure myself into formal recruitment without better preparation.

Luckily, I had several friends who attended my current university so I didn’t have to search very far to find some friends. In fact, one of my best friends lead me to a group of girls that I now call my sisters. I attended the first night of this Christian sorority’s fall recruitment night and knew that I had found a home.

As my pledge year went on, I learned several things about what it is really like being in a non-Panhellenic sorority and the differences that lie between it and a Panhellenic one. As some of my friends went through recruitment, I got a taste of what it was like to be in a Greek sorority, since I had no knowledge of formal recruitment and sorority life at all. (Also a reason why I didn’t worry about rushing my freshman year.)

Now serving my third semester in my beloved sorority, here are a few misconceptions about what it is like being in a Non-Panhellenic organization

1. We are all Bible Thumpers.

Since I am in a Christian sorority, this assumption comes around a lot. This is absolutely NOT true! We are non-denominational and we love everyone, regardless of their beliefs. We don’t force you into going out and telling others how awful their sins are, how were all perfect because we believe in God, etc. We are not going to shove the Bible down your throat just because we are all Christians. We really are a cool group of girls who share a love for the Lord and food.

2. We only joined to have letters.

Again, false. Many of our girls are active in Greek life as well as non-Panhellenic organizations. And those girls that don’t do both aren’t sticking around so they can have cute shirts that have Greek letters on them. (And yes, we do have really cute shirts.) We joined because we felt that this was the right place for us to be. We have found a home in our sisterhood and we love our philanthropy just as much as any other organization.

A common misconception with all sororities is that we “pay for friends” which is the farthest thing from the truth. Yes, we join hoping to find friends that will be there for us through it all, but it’s so much more than just making friendships. It’s about growing in your faith and being able to have a safe place to share that and people with whom to share it with. Also, it’s about an amazing philanthropy that does such great things for people in need.

4. We don’t have fun events like the other sororities do.

This is not true at all. Just like other organizations, we have date parties, date dashes, formals, sisterhood events, etc. And just as the other organizations, we have a lot of fun! If you have ever been to one of these events with your friends or significant other, then you would know that they are great and the people behind the scenes do a fantastic job as well! (Shoutout to SoCo!)

This is where people feel as if they might be missing out on the college experience if they were to join a non-Panhellenic Christian sorority. Yes, we don’t allow drinking at our events, but you don’t need alcohol to have a great time. And while we don’t prefer drinking, especially underage and if serving an officer position, if you legally can, you can.

We can’t keep you from doing what you want and we don’t punish you for it if you choose to (if you are of age) and overall, it is your choice. We will still love you and won’t judge you if you have a glass of wine with your mom when she takes you out for a real meal.

6. We are super judgmental.

I know that when I came to college, I was scared because I thought that I would be surrounded by super judgmental people like it was like in high school. However, that is not the case. Oftentimes, especially being in a Christian sorority, we are seen as judging others and bringing down other girls for matters out of their control. I never feel this way in my sorority.

I have sisters who love me for who I am and support me through the good and the bad. I have a group of girls that I can celebrate my victories with and are there for me when I need to rant or need a shoulder to cry on. These girls have provided a place in which I am able to be myself and a place where I am able to be happy.

7. You have to be strong in your faith in order to join.

You don’t have to be the strongest person ever in the record of faith in order to join. We have girls who are all in different parts of their walks with the Lord. We have girls who are new to Christianity and girls who have been Christians their whole life. We have people who feel very strong in their faith, and others who have doubts. We all teach and learn from one another. One of my favorite things about my sorority is that it provides a space in which I can share my journey with other girls and grow in my faith.

8. We are not a real sorority.

This one is very heartbreaking to me. Just because I am not in a Panhellenic sorority doesn’t mean that it isn’t real. There are so many organizations out there, and just because they don’t fit into a certain realm doesn’t mean they don’t exist. I love my sorority probably just as much as you do. We have real events like our Philanthropy, formal, and swaps.

We wear greek letters. We have fun. We are as real as you get. Just because we don’t have a house on campus or host thousands of girls in our sorority does not mean that we aren’t as real as the others.

Overall, I feel that non-Panhellenic organizations are overlooked because they are not the most “popular” ones on campus. Just because they aren’t the ones that throw the huge house parties or have their name called out for half of the homecoming court, doesn’t mean they aren’t jewels hiding in the sea.

I have never and will never regret joining a non-Panhellenic Christian sorority because it has opened up so many doors and friendships that I never knew were possible.

Now, I am not saying that the Panhellenic sororities aren’t great either because they are. They do amazing things! But, don’t forget about the others that aren’t on the same spectrum. Sometimes, they are just the thing you never knew you were looking for.