The Truth About Separated Siblings
Odyssey

The Truth About Separated Siblings

A fate no child should have to endure. 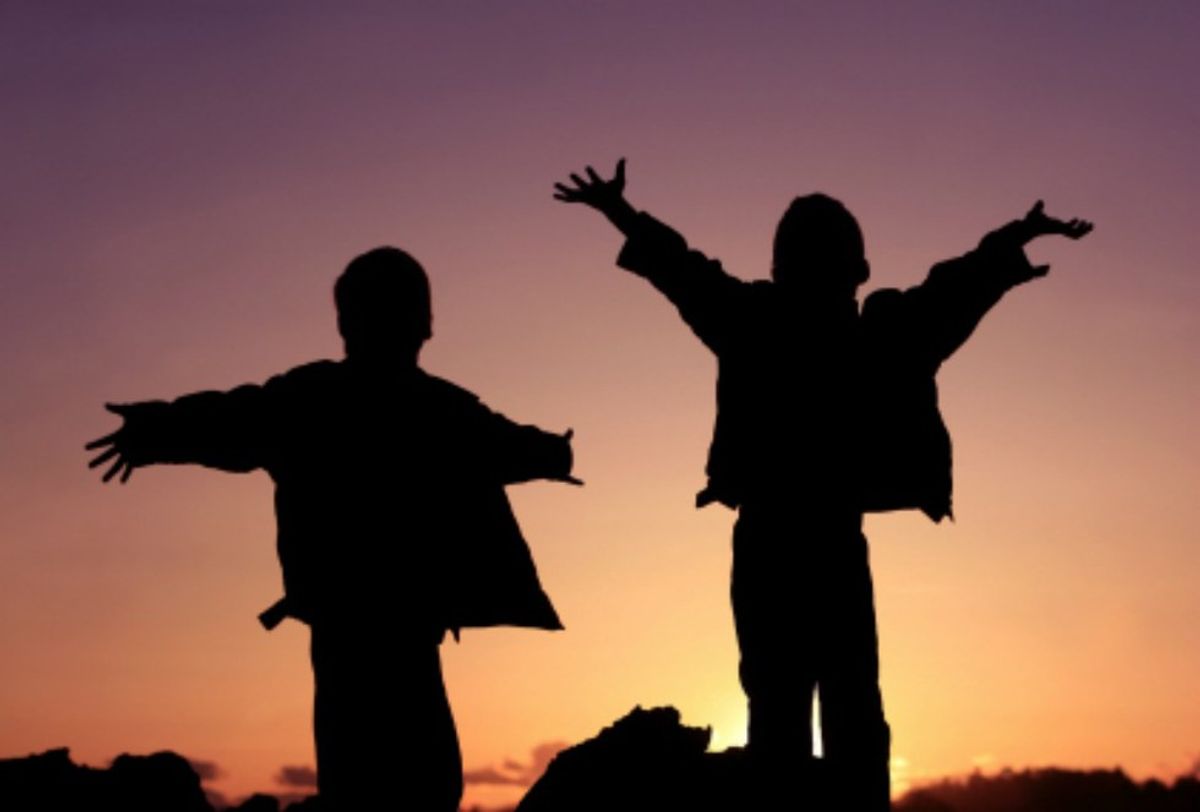 Anyone with a sibling knows the joys of growing up and teasing your sibling. As much as fun as it can be to bicker, the secrets and jokes you share (and sometimes keep from your parents) are just as special. Most siblings get the luxury of living with one another for their whole lives, or until they move on to college and higher things. My brother and I didn't get that luxury. While we got quite a few years of arguments, laughs, and memories, we didn't get nearly as many as we deserved.

Like many kids of divorce, my brother and I were split up. While I could delve into the details about the entirety of the divorce and how that affect a family, I'll let that slide for now. A sad fact in many families who go through a divorce is that a lot of the children are split between the parents. What's worse, is that to many, it seems both fitting, and almost normal. No one asks who would dare to split up siblings. They just understand, have no concerns or even questions how it happens. To me, nothing is scarier than it being normal for children to grow up apart, and for society to both recognize the fact, and accept it.

When my brother and I were split up, I was 13 and he was 9. It was the very beginning of the school year and I was told I wasn't allowed to tell him he was leaving. At the time, I was also told he'd be back in 6 months tops, but it's been 5 years, going on 6, and we are still apart. It didn't seem, didn't feel weird at all then. I was told he'd be gone a week, and even thought it'd be cool to feel like an only child. After that week, I realized he wasn't going to be coming back.

I was 13, and I hate how much I didn't care. We still saw each other a few times a week, and every other weekend. At that point in my life, I was spending most of my time alone, and he was spending most of his visiting our Dad when he could. So, for him to be gone didn't feel that drastic. I wish more than anything, that I could tell myself how strange it would be, how truly bad and horribly indescribably bad it would be. We wouldn't sneak each other food or even play the Wii together, even if we did argue over it a lot. We would be completely and utterly apart, and it'd never be the same.

The truth is, I feel incredibly guilty to this day that I didn't care at first. I was hung up on the bitterness and hurt of the divorce, and almost saw him as a traitor to have left us. I spent the next year and a half settling into the idea of it just being my mom and I, and that he was only around on the weekends. Thinking about it now, it's sort of horrifying I was able to rationalize only seeing my brother every other weekend when I was used to seeing him every day. We hit milestones without each other, spent days off school we'd always be together, apart. I never really thought about how permanent it was, never really saw it other than "oh yeah I have a brother, he just lives with my dad." I didn't feel like an only child, and as much as I thought things would change, the house was just quieter without him. We didn't jump on the trampoline together anymore, and we didn't have water balloon fights. He was somewhere else, and I was where I was. I didn't think about it until the moments he'd be going home. Then I'd see how permanent it was, and I'd pretend it wasn't real.

Flash forward a year and half, almost two years after we'd been separated, I was still a bitter, hurt person. He and my father were moving back into our childhood home and my mother and I moved in with my grandmother. When I think of it now, all the time I spent in our house he must've been just as bitter and hurt as I was when I moved out. The whole thing put a strain on our relationship. We weren't together anymore, and it felt like we went from siblings to strangers. We went from people who would pretend to be asleep to binge watch Netflix together, to people who awkwardly offered the other something to drink. Again, until now, I never thought about how truly messed up it was that I felt it was okay to be like this with blood relatives, with the person I'd known his whole life.

In two years we'd practically erased 15 years (or in his case 12) years of memories, of our lives. We'd gone from two kids who rearranged little pebbles to float bottle caps down our water hose/gutter waterpark, (long live Cappy's Lazy River!!) to people who hardly spoke more than a few words every two weeks with each other.

This is a reality. A terrible, cruel reality of divorce.

Kids get separated, kids who grow up teasing and playing, lose one another. They don't spend Friday nights together, and they don't get to have pancake breakfasts anymore. Time together is short and almost entirely scheduled. It's weird, and unnatural, and quite frankly, kinda horrible.

The plain truth is that splitting siblings up isn't something anyone benefits from. Speaking from my own experience, I feel incredibly robbed. A judge who never heard me or my brother's opinions split us up, let alone meet us at all, split us up. That same person took five years of life together from us. The truth about siblings being separated is that it sucks. There's no upsides, you lose a childhood partner in crime, and you don't get to see them as much as many siblings do. While others might say "oh god you're lucky you don't have to see them, I wish I didn't see my sibling every day" is wrong. They'll never even realize how wrong they are. No one benefits from being apart from their brother or sister, and no matter what anyone says it'll never be "for the best."

Growing up without your sibling teaches you a lot of things, things that could be learned and should be in other ways. It teaches you to cherish the time you're together, and not to give up on relationships that are worth holding onto. Speaking for myself, the worst moments are when it settles in that when my brother gets out of the car we're not going back home to sit in rooms beside one another. We'll be a few towns apart. While we still have quarrels like regular siblings, and we still have our moments of distance, we'll always be siblings. We'll always be related. The truth is, no matter what happens, the only people who can keep us together is us, and the only way to make the loss of one another worth it, is to not let the forces between us win.

So, for me, give your brother(s)/sister(s) a hug, or a phone call, or even send just text them funny. Cherish what you have, not everyone is so lucky to have that. Not every kid gets to grow up wishing their sibling disappeared because for them they practically did. More so, value everyone you have in your life. Never leave anything unsaid, and never ever take advantage of all the wonderful things that you do have.