Trump's got a Russia problem. 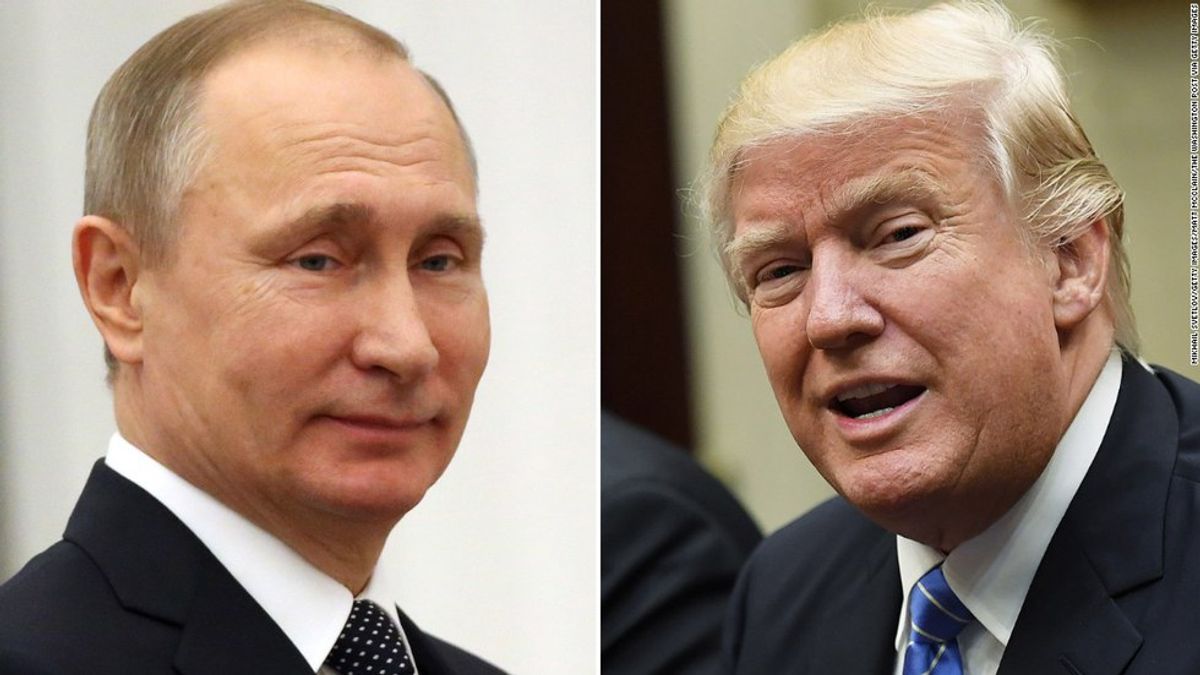 Donald Trump has been president for a little over a month now – but one problem has seemed to persist in shaking his administration since before he even took office.

And that problem is Russia.

Questions over Trump and his allies contact with Russia officials has further plagued his administration this week when Attorney General Jeff Sessions formally recused himself from taking part in a hypothetical investigation of Donald Trump's contact with Russia during the 2016 campaign.

Sessions had told Sen. Al Franken (D-MN) during his confirmation hearings that he had never met with or communicated with any Russian officials during the campaign.

"I did not have any communication with the Russians." Sessions clearly stated during the January hearings

It was later revealed in news reports that Sessions did, in fact, meet with Russian ambassador to the U.S. Sergey Kislyak. They allegedly met twice during the course of the 2016 campaign.

Sessions has defended himself by saying that Franken's question was framed as him asking whether Sessions had contact with Kislyak as a campaign surrogate, not as a member of the Senate Armed Services Committee, a committee that Sessions served on as an Alabama senator.

Sessions has since sent in a supplemental form that is meant to provide additional information to the inquiry.

It wasn't long before multiple Democrats began calling on him to resign.

“After lying under oath to Congress about his own communications with the Russians, the Attorney General must resign,” House Minority Leader Nancy Pelosi (D-CA) said in a statement. “Sessions is not fit to serve as the top law enforcement officer of our country.”

"We need Attorney General Jeff Sessions – who should have never been confirmed in the first place – to resign. We need it now." Sen. Elizabeth Warren (D-MA) tweeted.

Trump has come to Sessions's defense in the wake of the allegations.

"Jeff Sessions is an honest man. He did not say anything wrong. He could have stated his response more accurately, but it was clearly not intentional," Trump said. "This whole narrative is a way of saving face for Democrats losing an election that everyone thought they were supposed to win. The Democrats are overplaying their hand. They lost the election and now, they have lost their grip on reality."

A similar problem led to the ouster of former National Security Advisor Michael Flynn, who resigned after less than a month as Trump's top security advisor after misleading Vice President Mike Pence on his discussions with Kislyak. He assured Pence that he did not discuss lifting U.S. sanctions on Russia but later admitted that he may have.

Russia has been hanging over Donald Trump's head since his campaign. Questions over whether he was cooperating with Russian President Vladimir Putin to sabotage the campaign of Trump's general election opponent, Hillary Clinton, were raised.

Trump was further criticized after he apparently refused to criticize Putin. He has referred to Putin in the past as "very smart."

Trump's administration may face more scrutiny over its Russia relations over the course of the next few weeks. The Senate has opened an investigation into the role that the country played in the 2016 presidential election. This means that more findings could come out as the country continues to pose a problem for Trump's presidency.

Caitlin Marie Grimes
University of South Florida
9530
Beyond The States