If We End Up With 4 More Years Of Trump, I'm Genuinely Scared For America

If We End Up With 4 More Years Of Trump, I'm Genuinely Scared For America

A Guide to this Year's Presidential Election 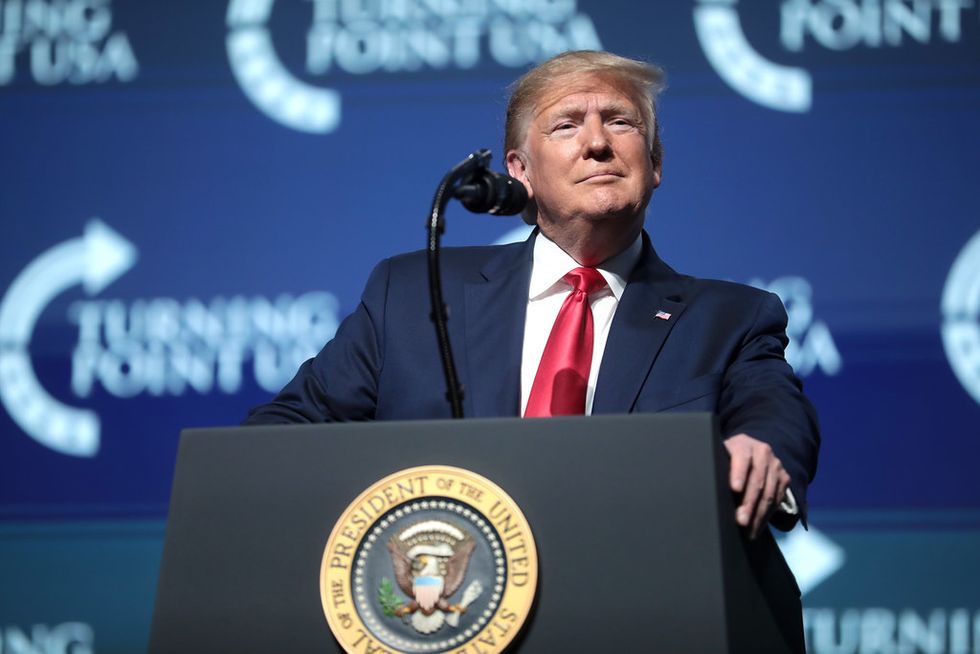 It's no secret how much of a whirlwind 2020 has been. With sudden climate change, the COVID-19 outbreak and Black lives continually at risk, it seems America is taking a turn for the worse. With the election coming up in just a few short days, it is important than ever that everyone goes out and votes. Change is necessary, and it's up to us to make that happen.

If we end up with four more years of Trump, I'm genuinely scared for America.

If the last presidential debate didn't tell you all you need to know, I'm here to enlighten you. Let's review some of the main points discussed, starting with how COVID-19 was handled in America. Despite knowing about the coronavirus back in January, President Donald Trump constantly downplayed the severity of the situation and referred to it as the "Chinese Virus."

It wasn't until mid March when COVID-19 was labeled as a pandemic, issuing our first quarantine in years and affecting our economy. During this time, Trump compared the virus to the flu and said it would disappear one day like a "miracle." Then, Easter was set as a reopening date, giving us false hope and leaving us in denial.

In April, the United States hit one million cases with over 100,000 deaths. Well, look at us now. Half the country is still unemployed, the president himself has been diagnosed with the virus and more people are dying from it every day. Nothing has been done, and we are stuck in a new reality that compares to a sci-fi novel.

Besides the pandemic, President Donald Trump is in complete denial of the severity of climate change that is affecting the world. Most recently, during the fires in California the president insisted the fires were due to bad forest management and not on climate change.

If this isn't enough to persuade you into settling for Joe Biden as president in 2020, let's discuss Black Lives Matter. If you aren't aware, a young black woman named Breonna Taylor was murdered in her sleep by white police officers. It started with the cops forcing entry into her home after midnight thinking the home belonged to someone else they were looking for. This then caused her boyfriend Kenneth Walker, who was sleeping next to her, to fire a shot using his licensed gun after thinking it was a dangerous intruder. The police officers followed suit with 32 rounds of bullets causing the death of Breonna Taylor.

For months after, no police officer had been charged for the death of her life and no justice was served. These men were walking free as if nothing happened, as if they didn't just kill an innocent Black woman for no reason. Just recently, only one officer, Brett Harrison, was charged only for "wanton endangerment"-the shots that were missed and fired into Taylor's neighbors apartment.

Besides this, black lives have still proven to be at risk every day. Just to name a few who lost their lives at the hands of the police recently: George Floyd, Rayshard Brooks, Sean Monterrosa, Jamel Floyd, Daniel Prude, Aura Rosser, Stephon Clark and the list continues to go on.

Barely any of these people have received justice for their lives, and all of these cops are still working and walking free. Due to this, the Black Lives Matter movement has reached new heights. In response to the peaceful protests, President Donald Trump tweeted that BLM was a "symbol of hate" and referred to the protestors as "animals."

Four more years of Trump would be destructive to America. Today, it just seems the world is falling apart. We cannot continue to live like this any longer. It is up to us to stand up for what we believe in and make that change.

It is up to us to go vote, and vote for Joe Biden.

It is up to us to lead the way for future generations and fight. Election Day is November 3, make the right choice.