And Americans are heating up. 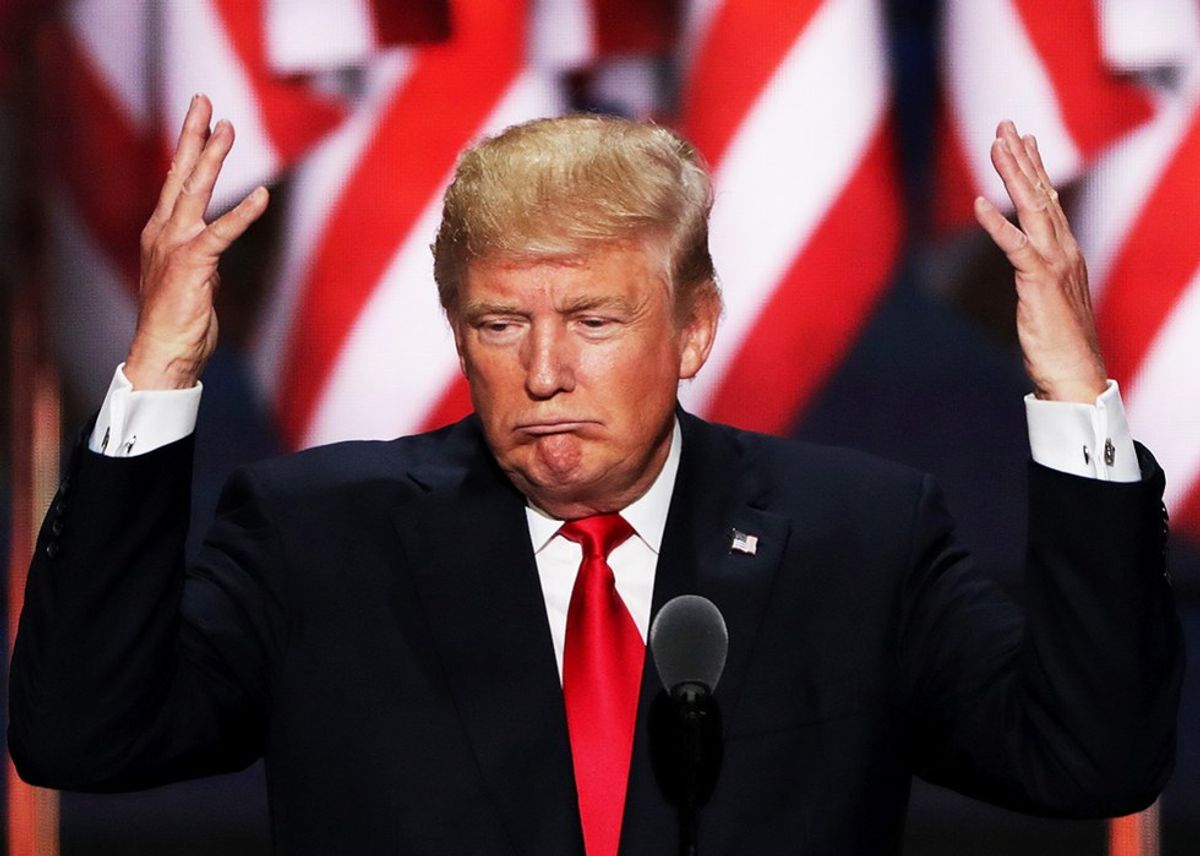 As if you didn’t know by now, in a recent, rather tragic upset, Americans elected Republican Donald Trump to become the next president of the United States last week. First of all, while I attempted to write this article in an objective manner, I then realized, why the f*ck would I do that? Everyone else is expressing how pissed they are, I may as well.

That’s right, America. Trump tweeted in 2012 that he believed “the concept of global warming was created by and for the Chinese in order to make U.S. manufacturing non-competitive.” Don’t believe me? Click here for all of Donald’s absurd tweets relating to global warming and climate change.

I mean, come on. There is an abundance of overwhelming evidence that proves human-caused climate change is, in fact, a scary reality.

Whether or not the media gave more airtime to Trump’s small hands or Hillary’s emails than to the scope of his climate delusion is now irrelevant. And while there are clearly many of Trump’s policies that need to be carefully considered, it is Trump’s denial of climate change and his vow to eliminate all of the progress made under Obama it addresses that pose some of the worst and potentially irreversible threats. Here’s how:

With control of the presidency, House, Senate, and at least one Supreme Court seat to fill, the GOP will have the opportunity to make extensive changes in the next four years. That being said, Mr. Trump has already made a significantly distraught one — He has appointed Myron Ebell, a notorious climate-change denier, as head of his Environmental Protection Agency and energy transition team.

Trump certainly can’t dismantle climate action as quickly as he originally thought, and in some cases, he won't be able to do it at all. But here are some of his irrational plans:

During his campaign, Trump announced that he would seek to repeal Obama’s Clean Power Plan, which called the states to reduce power plant emissions by 32 percent by 2030. He also promised to repeal every new rule imposed by the Obama administration that harms coal.

As well, he stated that he would withdraw from the Paris Agreement, the UN’s Convention on Climate Change dealing with greenhouse gasses emissions mitigations.

Luckily for us, over the course of his campaign, Trump showed himself to be a wildcard on a few other energy issues, like when he said he would protect public lands. So, if you ask me, global warming isn't a hoax — it's created by all of the hot air that comes out of Mr. Trump's bigly mouth.

Anyway, on the bright side, Trump's controversial pick of Ebell to protect our environment lead to a hilarious hashtag trending today on Twitter: #TrumpNarratesPlanetEarth

Here are some of my favorites.

How he doesn't reveal his actual plans:

In reference to his racist plans:

And finally, his countless sexist remarks:

Ultimately, Trump's plans have consequences that can potentially be yuge to our country's ultimate demise.

Couldn't have said it any better myself, Drumf.

Madison Franz
The Narrative
1109928
Photo by Brooke Cagle on Unsplash

Madison Franz
The Narrative
650821
Photo by Manny Moreno on Unsplash