The Reason I Wore Hats In Middle School 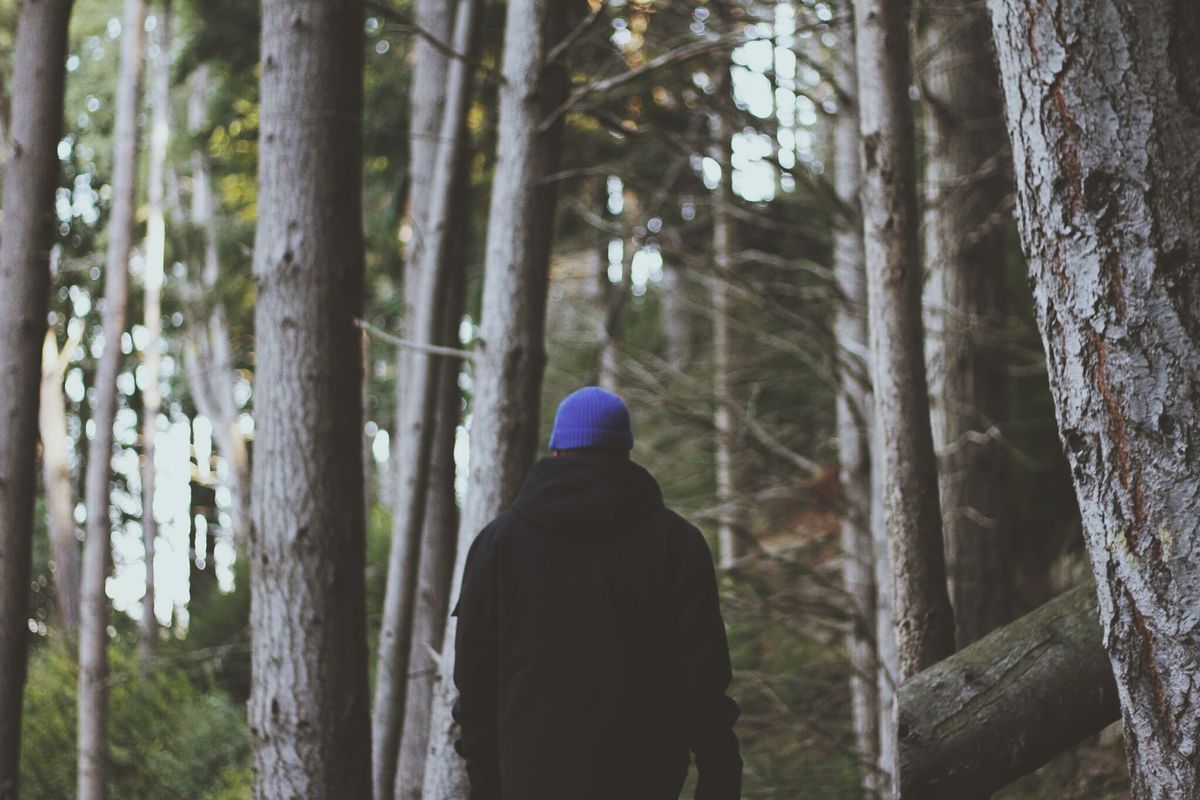 If you are between the ages of 11 and 13, and you have an impressive collection of hats, then, unfortunately, you are in a tough spot, because you aren't allowed to wear them during school. To this day I actually don't ascertain why, though I'm sure it has little to nothing to do with forbidding kids from donning stylish head accessories. I, on the other hand, was permitted to. It's very likely that if you attended middle school with me, you remember this - regardless of our relationship.

Seeing as I didn't become conscientious of what I wore until a few years later, my hat-wearing didn't ever pertain to my fashion. Rather, the reason behind me wearing hats through the better part of eighth grade lied in much more tense circumstances. Up until this article, I have never publicly talked about it.

Trichotillomania, in short, is a mental compulsive disorder in which the patient, usually as a relief to anxiety or stress, pulls their own hair out. Yes, you read that correctly.

I noticed it happening around the holiday season of that year, and it wasn't long before my head was starting to indicate it, with an apparent bald patch on the back of my head. As it got worse, I migrated to my eyebrows and arm hair, which you likely have also noticed. For a brief era, it went undetected, until the end of German class one day. I dropped my books walking out of the classroom and incidentally held up a few people in their commute to lunch. As I turned, my hearing picked a familiar voice saying "Hurry it up, baldy." From there, it stuck just as much in my mind as much as it did among the student body. It took less than a week before I caught other students sneaking snapshots of the back of my head, passing their phone around at lunch, making the recession on my crown as bad as a spreading virus. If you know me or at least have read some of my previous work, then you know that body image and social conformity have always been stressors to me. That being noted, you don't need me to tell you that this new found flaw weighed heavily on me. Plus, I had just gotten control of my Crohn's, and was uncomfortable with the thought of another ailment coming my way.

For a time, I lied and said I was experiencing alopecia areata, which is an illness in which hair falls out. This was my entrance into the surface solution - covering it up with a hat.

From the get-go, I knew two things. That A) Students would be wondering why I get to wear a hat and they don't, and B) Students will spend the entire second semester guessing what (else) is wrong with me.

Well, I hate it when I'm right, because the bullying for my bald spot was archived and forgotten, but only because they were saying my hats looked dumb and cheap, and that I shouldn't be allowed to wear one. I had to remind adults that I was allowed to wear it, and was even sent to get a nurse from the note because teachers thought I was lying. Atop that, students hypothesized that I was balding from chemotherapy and that I had cancer or some other deadly disease. At the end of the day, I wanted to take it off as much as I wanted to wear it, and would repeatedly evaluate which reason for being bullied was easier to deal with. My hats stayed on, even though school got harder.

I started high school hat-free, though my reputation for a patch of scalp remained with me for years. It also took years (and probably hundreds of haircuts) for that patch of hair to grow back to length and match consistency again.

To this day, I'm finicky with my hair. The same barber cuts my hair every 3 weeks. I've been brushing it back since 9th grade because it was the only haircut that covered the spot so well. Although the particular spot is hardly noticeable anymore, I still find myself pulling at my hair during fits of anxiety or stress.

If you see someone pulling at their hair, please try and recall what you've just read. Trichotillomania, between its compulsive tendency and lack of knowledge for the disorder, is extremely difficult to treat. For many people, including myself, pointing it out or telling someone to "just stop" can cause them to get both extremely frustrated and embarrassed. Just as people do not choose to feel depressed or choose to have a flashback, people with this disorder pull their hair out almost subconsciously.

Thank you to the friends, family, girlfriend, teachers, and others who have to this day not ostracized me for what to me is a very overt flaw. Thank you for not bringing it up, allowing me to remember that I am okay. You keep me rolling every single day.