A Tribute To Muhammad Ali: The Athlete, Philanthropist And Legend

A Tribute To Muhammad Ali: The Athlete, Philanthropist And Legend 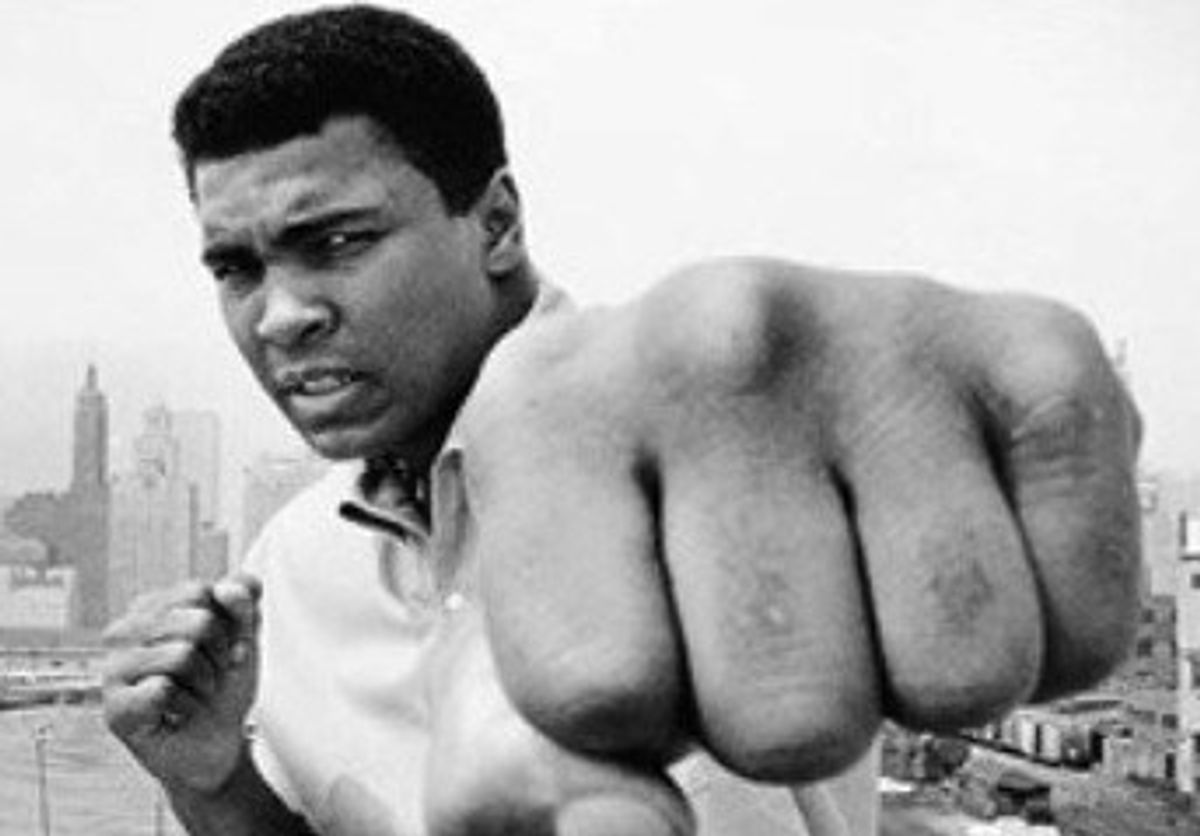 As of June 3, the world has been without a boxing legend. Over the course of the last few days, the world has mourned the loss of Muhammad Ali; athlete, boxer, and philanthropist. As a former boxing enthusiast, it is very saddening to lose this founder of boxing, and it is as equally sad to lose someone so passionate about civil rights, who truly made a difference. Few know about his life in its entirety, most just know about the man who was a phenomenal boxer. Over the course of this article, we will pay tribute to not only the athlete, but the philanthropist, donor, and voice of a generation.

Muhammad Ali was born in 1942, a time of political and social strife as the fight for civil rights was beginning. Ali had more than enough experience with racial prejudice and discrimination over the course of his childhood, and his introduction to boxing stemmed from him needing to defend his bike from a thief. He began learning how to box at the age of 12, and competed in his first amateur bout in 1954, winning by a split decision.

Ali only continued to conquer from there, winning the 1956 Golden Gloves tournament for novices in the light heavyweight class. He went on to win the Golden Gloves Tournament of Champions three years later, then the Amateur Athletic Union’s national title as well.

At the age of 18, he competed in his first Olympics in Rome with the US boxing team. Standing at 6’3, he was quite a formidable opponent. During those Olympics, he won the gold by beating Zbigniew Pietrzkowski from Poland. After his victory, he was viewed as a hero to the American people and turned professional upon his arrival back on U.S. soil. It was around this time that his famous quote, “float like a butterfly, sting like a bee” was coined.

Aside from his athletic achievements, Ali has also had some time in the spotlight for some other reasons. After his Olympic win, he decided to join the black Muslim group the Nation of Islam in 1964. This is also when he decided to change his name from Cassius Clay to Muhammad Ali.

He also hit the media by refusing to serve in the military after he was drafted to fight in the Vietnam War in 1967, on the grounds that he was a practicing Muslim minister with beliefs that prevented him from fighting.

He was then arrested for committing a felony and was stripped of his world title and boxing license. He appealed the indictment but was found guilty of violating Selective Service laws and was sentenced to five years in prison. Ali never actually served this time and remained free while missing three years of boxing. The Supreme Court eventually overturned this conviction in June 1941.

After his boxing hiatus, Ali was looking for a strong comeback. He fought again in 1971 with a massive fight against Joe Frazier in the “Fight of the Century.” They went back and forth over 15 rounds before Frazier clinched the win. It marked Ali’s first professional loss after 31 wins.

Another legendary fight of Ali’s was the “Rumble in the Jungle” against George Foreman in 1974. He eventually knocked Foreman out in the eighth round, silencing many critics. Ali then redeemed his earlier loss to Frazier in the “Thrilla in the Manila” in 1975 after 14 rounds. Ali eventually retired in 1981 after a loss to Trevor Berbick.

Following his retirement, Ali was recognized as a generous philanthropist, in part because of his diagnosis of Parkinson’s disease in 1984. He also supported Make-A-Wish and the Special Olympics, as well as traveling to numerous countries and becoming a United Nations Messenger of Peace.

In 2005, Ali received the Presidential Medal of Freedom from President George Bush. In the same year, he opened the Muhammad Ali Center in his hometown of Louisville, Kentucky.

Unfortunately, in his retirement, his Parkinson’s disease became coupled with the onset of spinal stenosis, yet he remained in the public eye. Ali was present for the inauguration of the first African-American president in 2009, and later received the President’s Award from the NAACP for his public service efforts.

In early 2015, Ali was hospitalized multiple times for a variety of ailments, the last time being June 2016. Ali passed away on June 3, 2016, in Phoenix, AR. Since then, the world has mourned the loss of not only a champion athlete, but a true legend in the eyes of society. He will forever be celebrated for his athletic skills, as well as his willingness to speak his mind and courage to challenge societal norms.
Report this Content
This article has not been reviewed by Odyssey HQ and solely reflects the ideas and opinions of the creator.

Madison Franz
The Narrative
1118168
Photo by Brooke Cagle on Unsplash

Madison Franz
The Narrative
654642
Photo by Manny Moreno on Unsplash