Traveling To My Dad's Roots Has Changed My Outlook On Life

Traveling Back To My Dad's Roots Changed My Life

Ever wondered what it would be like to be in your parent's shoes when they were growing up? I got to connect with my dad with an experience that I would never forget. 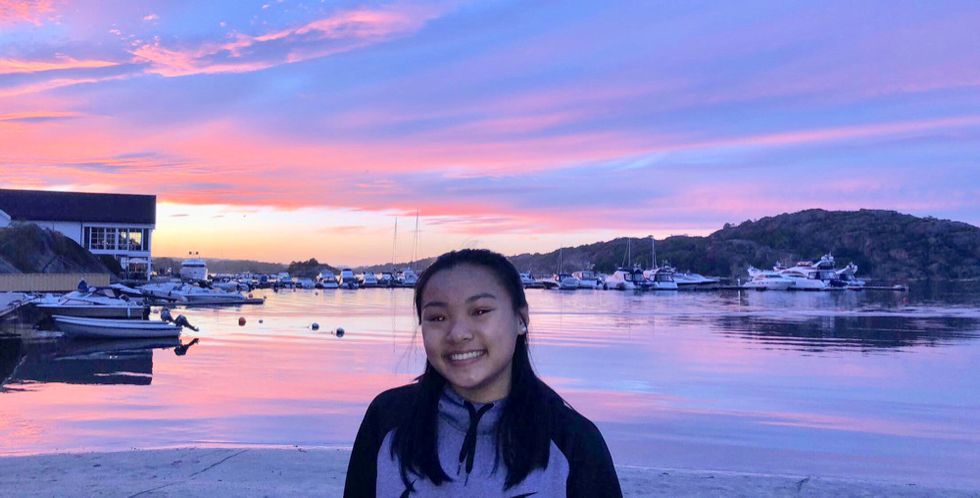 At the beginning of this year, I was a senior in high school, ready to graduate and ready for a summer full of fun and excitement every single day until college. Then, one day, out of the blue, my mom mentioned to me about claiming a citizenship from Norway with my sister because it was something that my dad would have wanted.

It has been four years since my dad passed away and it has been difficult to come with terms with it. Though, finding out about this gave me the opportunity to have closure. My sister and I decided that we were all for it. Once the paperwork was finished, we received our Norwegian passport within a few months. Having that passport in my hand, I felt excited. I was officially a Norwegian citizen, which meant that I felt closer to my dad than ever.

Before I could finish my little celebration, my mom noted one tiny, crucial detail. I had to stay in Norway with my sister, for at least six months before I turned 22. This meant that I would have to spend the next three summers with my dad's family with no connection to the U.S. Four days after graduation, we would be leaving and my mom would only be coming for two weeks. My heart sank, I couldn't process what was happening. I was leaving before I was even ready to leave.

Graduation eventually came and it was the most bittersweet moment of my life. I will always treasure that moment. However, once the day was done, I realized that the day that I was hoping would never come, was closer. Eventually, the day had finally arrived and I had to say my goodbyes.

After 13 hours of flying, we finally landing at Norway and I suddenly felt like I was ten again. It had been eight years since I had been back. Some things seem the same, some didn't. It felt weird to go back to the family that I hardly remember or even recognize. However, I felt welcomed and loved. They surprised me with a late eighteenth birthday party because they couldn't make it to America around the time of my actual birthday. They gave a trip of a lifetime as a gift; going to Barcelona and Rome. We went camping and hiking up one of the famous mountains in Norway called Preikestolen (it took four hours to climb). There was a lot of shopping involved (which we love) and went on a cruise to Germany for two days for my sister's birthday.

Every day was an adventure, didn't matter if it was big or small, a day of loneliness or happiness because it changed my perspective. I realized that I was so closed minded when I stepped foot in Norway, wanting to stay in my little bubble. However, in the end, I felt rewarded with an experience that I would never forget. It felt like I got to share a piece of my dad with my sister. I got to know what it was like, going through what my dad went through and that's something that no else can take away from me.