Why Trauma Survivors May Feel Particularly Impacted by the Election

Why Trauma Survivors May Feel Particularly Impacted by the Election 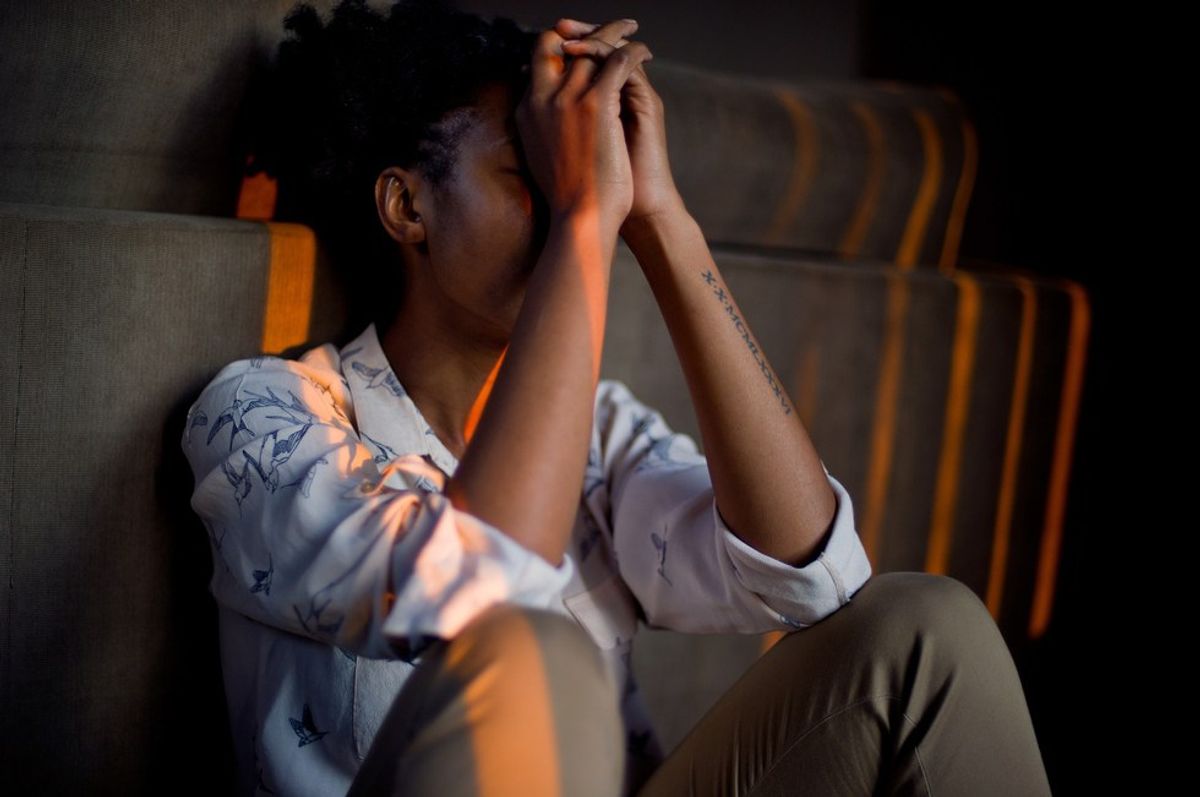 I had therapy the day after the election.

The waiting room, usually empty, was full. There were only four chairs. Seven women, many of color, slumped against walls, staring at the ground. No one spoke. My therapist opened the waiting room door, her own body propped up against the doorway. She looked exhausted, cradling a mug of tea, wearing a shawl bigger than she was, giving the impression she had wrapped herself up in a blanket. She looked how I felt.

Nonetheless, she expressed to me that she was still very much capable of being there for me, even if she herself was struggling.

“You must be particularly hurt by this,” she said to me.

I told her that I was -- as a queer transgender person who occasionally menstruates, I was absolutely scared. But she shook her head.

“Well, yes. But I was talking about your own assault,” she said. “It must be really scary to watch all this happen, after what you went through.”

At that moment, she put words to the feelings I hadn’t been capable of placing.

I felt so off-kilter throughout the election. Like I was in a bad sitcom. Like it was a musical and I was that one character who kept asking why everyone was singing and never gets an answer, getting yanked from verse to verse despite protests. It was the same feeling I’d had during the fallout from my assault, almost two years ago.

The whole time I was trying to report my assault, trying to get justice, I felt like I had stepped into a bad sitcom. They blamed me; I was called hysterical; “I’m not sure you know what assault really is”; his boss yelled at me for so long, she needed her inhaler; they fired me from my job; and the final kick in the teeth, when he graduated, they hired him.

I kept waiting for the laugh track, for the guys with cameras to leap out from the ceiling tiles and tell me I was getting punked. They never came.

This is how so many people felt during the election process. Like it was a horrible joke that never ended. The election was (and is) exceptionally difficult for so many people, but trauma survivors may be affected in the specific way that we are not surprised -- this has happened to us before.

For many trauma survivors, this was not an unfamiliar feeling. This was our assault, magnified. This was us on a national level.

Even if we are out of harm’s way, survivors may experience an intense feeling of paranoia surrounding the abusive person or the system that failed them. I cannot walk around campus without feeling like my university is out to get me. Because it is run by people who further traumatized me, I cannot feel safe on its grounds because I know I have no support there.

For me, and for countless other survivors, campus is now the entire United States. Stepping outside and realizing that you are living in a hostile environment, one that is run by people who at best will ignore you and your struggles, and at worst will actively target you until you die.

To my fellow survivors of any kind of abuse, assault, or trauma: these are valid feelings. This election can be a trigger for many of us who see our experiences reflected in it. You are not overreacting. Even if you haven’t felt this way for a long time, it doesn’t mean you aren’t still recovering.

To anyone who has a survivor in their life: Please take a moment, if you can, to reach out to them. Especially if they are a survivor of color, in the LGBTQI+ community, women, or otherwise associated with the marginalized groups Trump’s campaign targets. The election of this abusive man is resonating too hard with many of us. We are all too familiar with abusive people being rewarded for their behavior, with abusive people gaining power over us.