Translating Documents is a Human Right

Translating Documents is a Human Right

While it does not get as much attention as other rights- the right to translate a document into the common people's language is a right that should not be overlooked. 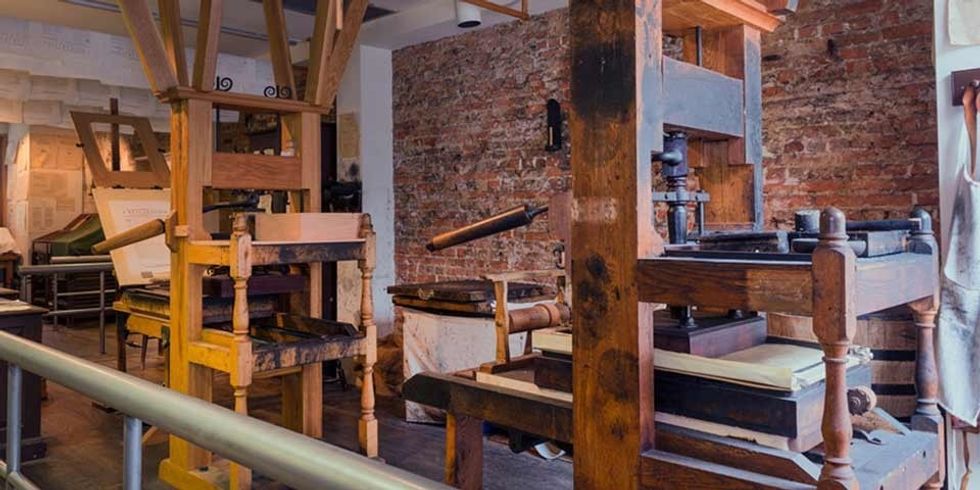 There once was a land where a king insisted all papers must be approved by him first. Alas, the king shook his head this was a "protection against dangerous foreign influences" for he was fearful the people would someday see his leadership over them was not leadership- but despotism. This land was cloaked by the dark veil of totalitarianism, the words of freedom could not be expressed in the language of the people.

One of the leading intellectuals in this land stumbled upon a document- a French document proclaiming human rights and equality for all humans all around the world. The intellectual paused for a bit, his library was extensive and he had a wonderful command of the French language. Without skipping a beat he retreated into his sanctuary and started translating the text word for word into Spanish in hopes that the people of his land would see that they all were endowed with human rights from their Creator and these rights were to all people regardless of their race or station. Shortly afterwards troops captured him and charged him with a crime- that of translation.

Translators- like journalists have the weighty task of bringing a world alive for people. As journalists go about and report the events of the day, translators bring it into the language of the country they want to spread this information to.

The charming exercise of pulling out a pen and your finest notebook and carefully capturing an image. This isn't a sketch or a painting but it is an image of words. An image not of your own creation, but stemming from a foreign language- the fine craft of molding something from one tongue into another in order to increase knowledge is a worthy one and it should be considered a protected human right.

Ahh, tragically this right has been crushed by tyrants throughout the years. In the Middle Ages and up until the Reformation men such as William Tyndale were executed for translating the Bible into the language of the people. Not to encroach on the field of theology, but the Bible is meant to be read by the people and for the people to individually communicate with God. Christ gave the people liberty to read and discern scripture on their own without an intermediary. Now in my personal opinion, I do not believe there is place for clergy or a hierarchical structure- but churches should be directly governed by the people but that is a topic for another day. This can be largely cultural as I am very a very low church Protestant background, and I have talked to many kind monks and nuns while studying at a Catholic-affiliated university, and thank them for showing their own cultural perspectives. People have a right to read and analyze for themselves texts of the religion they claim to follow. No harm comes when people critically analyze texts and find out for themselves if something is true or false. If this is not done, people are living in obedience and submission to whomever has the power to translate. Alas! I shall stop there lest I bring this article into a more theological domain. If somebody can read the Bible in their native language, then they have the power to exercise their minds and decide for themselves whether they believe Catholicism, Protestantism or Orthodoxy is the proper interpretation of the Bible. This takes power out of the hands of a few and brings it to the people by the people and for the Bible. For those on top, it would result in pleasant dialog by their church-goers inquiring to them in dialogue as equals about theological principles.

Back to a political example- the story in the beginning was that of Antonio Nariño. Nariño, who makes a cameo in my previous article about Latino revolutionaries, was an intellectual who devoured as many books as he could. Nariño was a lover of knowledge who frequently hosted gatherings with his friends to discuss religion, politics and philosophy in his "sanctuary of books." He had a collection of books spanning topics including history, science, theology (he even had a Quran and Protestant Bible to compare with his Catholic Bible. Both of those were banned), and politics. Nariño suffered "weakness and lack of strength" and heart issues which confined him to endless reading hours as a kid. When he was in his late 20s, he was fluent in several languages and translated the French Revolution Declaration des Droits from French into Spanish. Defending himself before the court- Nariño quoted Aquinas from memory and stood strong in his beliefs of natural law. Nevertheless, he was arrested. Unlike Tindale- Nariño lived, but with terrible complications that should not be inflicted on any human. Many years later in ruined health (tuberculosis, heart disease, leg weakness, poor eye sight) Simon Bolivar made Nariño Vice President of a liberated Colombia. Like Nariño said, people deserve to have access to a wealth of information so they may critically think and examine for themselves. What better tool than when translation is in the language of the people reading it?

The power of knowledge is like that of a mighty waterfall. It has the ability to be heard, and also like the rain above- knowledge has the power to heal our world of ignorance. Knowledge empowers people to make change and shows what has gone wrong in the past and how to avoid it. Knowledge teaches people to love those they can't understand, from places they know little about. Knowledge teaches people to imagine the world and imagine people who are from very different backgrounds than themselves. This knowledge will enable them to meet people from those backgrounds as I mentioned in a previous article.

When a document is translated, it opens up a new door of knowledge- people may read and analyze a document for themselves to discern whether or not this document is true. The translator does not always endorse the contents, but acts as a reporter conveying to the people news from distant lands. In authoritarian regimes today reporters and translators are often arrested and tortured just for the "crime" of telling the people what is going on. Such atrocities must stop! We all have a duty to speak out for the rights of translators, and to consider sharing knowledge in another language a human right.