Top 11 Voices For The College Conservative
Odyssey
CurrentlySwoonLifestyleHealth & WellnessStudent LifeContent InspirationEntertainmentPolitics and ActivismSportsAdulting
About usAdvertiseTermsPrivacyDMCAContact us
® 2023 ODYSSEY
Welcome back
Sign in to comment to your favorite stories, participate in your community and interact with your friends
or
LOG IN WITH FACEBOOK
No account? Create one
Start writing a post
Student Life

Top 11 Voices For The College Conservative

Are you a conservative in college? Don't worry, we've got you covered. 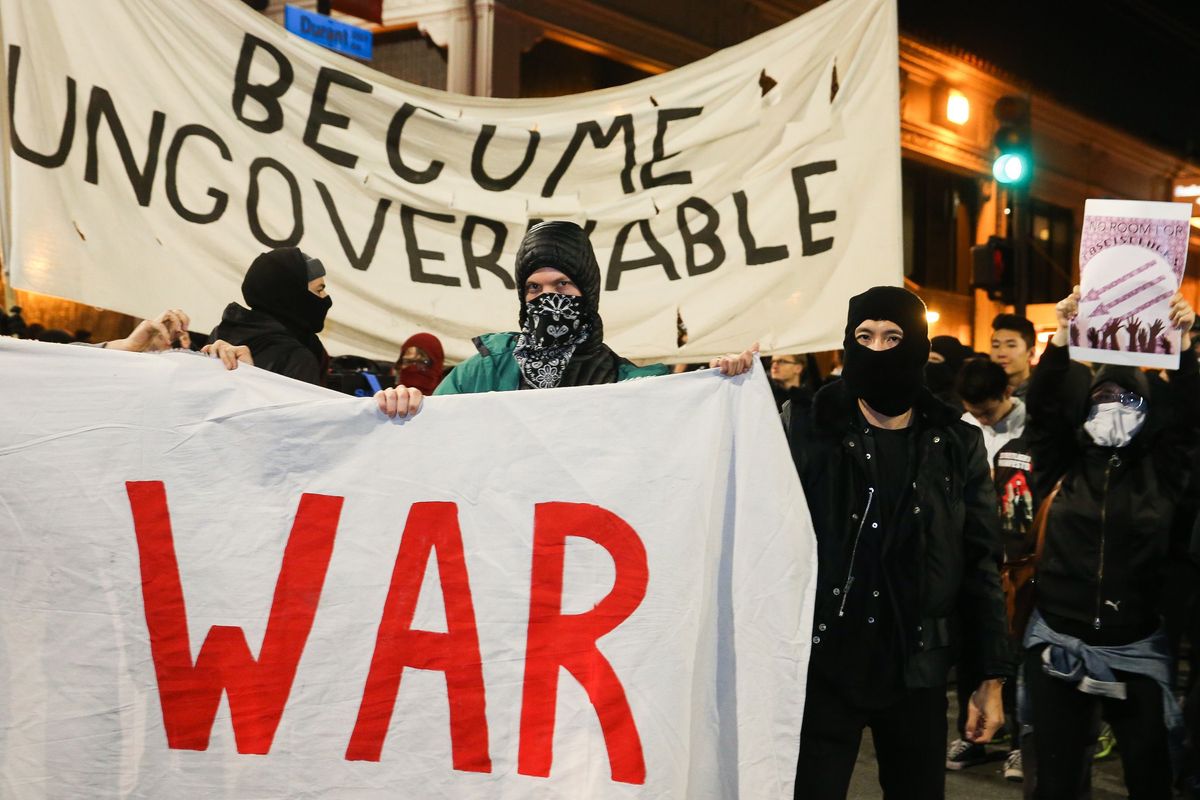 Are you a college student? Are you a conservative? You have some nerve on you.

For the college conservative, it may be difficult to put ideas into words. Whether it concerns the ideas of economics, morality, gun control, or free speech, the battle of ideas never ends and we must spread our ideas as much as possible. Not to change allegiances of the college populace, but to make the average student aware of the biases that surround them every day at school. Thankfully, we are not alone, and have many speakers on our side.

Since leaving The Young Turks program, Dave Rubin now hosts a variety of speakers on interviews concerning everything from free speech to Social Justice Warriors to radical Islam. His history of guests include many on this list, but he has also had people from the likes of Larry King to Jason Whitlock of Fox Sports 1 to Patreon CEO Jack Conte. With the exception of an introduction to his show and questions to his guest, Rubin stays relatively quiet and lets the guest speak. In a world where political pundits and media heads cut each other off, Rubin’s reserved take is a refreshing one.

Being a Canadian-American who resided in both Canada and Michigan, Crowder has seen the shortcomings of big government programs, such as Canadian healthcare and Detroit’s schools, housing, and emergence of urban farms (both covered during his time with PJ TV). Crowder used to be on AM radio, but has since made his presence known on the Internet by parodying the likes of Bob Ross, James Bond, and The Dark Knight’s Bane. Freeing himself from YouTube’s well-known demonetization by ways of his Mug Club, Crowder brings comedy and conservatism together for an entertaining and informative program.

Dennis Prager has been around for a while, but his YouTube channel “PragerU” has given his growing audience historical fact, anecdotal evidence, and different speakers with different backgrounds. From Larry Elder who rebukes race baiting to Antonia Okafor and Jay Stephens who discuss how their exposures in college turned them from idealists to realists who now speak out against PC culture. The videos are quick and span a number of different topics including race, border security, terrorism, and how capitalism encourages prosperity.

Founder of dailywire.com, Shapiro has often been a beacon for conservatives. From his books to his debates to his podcast, Shapiro often makes clear, concise, and fact based claims while opponents tell their audiences to "Google it". Both his recent debate with The Young Turks' Cenk Uygur as well as his testimony on Capitol Hill has shed light on Shapiro and his team's phenomenal research and fact checking.Through his extensive history at Breitbart.com, his four books, his podcasts, and his multiple appearances on mainstream media outlets, Shapiro has been able to turn the tide for many conservative millennials.

Have you heard of the wage gap? That we live in an evil patriarchy run by straight, white men? That if you are not a feminist, you must not believe in gender equality? If anyone has the guts to dispute this claim, it is none other than Professor Christina Hoff Sommers. A former professor in philosophy, Sommers has described herself as an equity feminist, which suggests that the main political role of feminism is to ensure the right against coercive interference is not infringed. Against victim and gender feminism, which Sommers' has stated has a "irrational hostility toward men," and that modern feminists can't tell that men and women are different. Throughout her books, video blog, and speaking tours, Sommers has disputed every third wave feminist accusation against her, and this will help on today's campuses.

Self-identified as a "guerilla journalist," O'Keefe has led the group Project Veritas to expose left-wing biases- if not flat out corruption- by groups like NPR, ACORN, and Planned Parenthood. Controversial, O'Keefe and Project Veritas has run into legal as well as cultural issues concerning illegal recording and undercover "journalism." That being said, his recordings have exposed corruption and extreme left wing bias in "moderate" media and groups that influence Capitol Hill.

A 29 year old podcaster in Montana, Matthew Christiansen (formerly known as "Skagg 3") received a bachelors in political science from Lewis and Clarke College in Portland, Oregon. When asked why he went from voting for Barrack Obama twice to calling out president's party, Christiansen's answer was simple: Free speech. He goes further, saying "I view [free speech] as the most important value we as a society must preserve, and over time the left has become hostile to that principle." Christiansen's calm tone and lame jokes calm tensions and will always make you smile.

One of the most popular gun-based YouTube channels, Iraq Veteran 8888 centers around- you guessed it- the Second Amendment. Eric and Chad, with numerous other gun enthusiasts thrown in the mix, have specials called “Gun Gripes” which revolve around the everyday pet peeves that gun owners or enthusiasts deal with, as well as their popular “Top Five Guns…” in which they try to recommend the best suited guns for any situation, whether it be election cycle or the zombie apocalypse. Besides these fun videos that are meant for both your entertainment and education, they also focus on legislation concerning the Second Amendment: whether it’s the history of gun control or legislation to get the federal tax taken off of suppressors, you know Iraq Veteran 8888 will be covering it.

We all know and love Mike Rowe. Even though he keeps his opinion out of politics for the most part, Rowe often speaks out in favor of trade schools and a de-emphasis of higher education. Not to say college isn’t important, but saying that college is the only way to “succeed” in today’s world is silly. He also addresses subjects like patriotism and the divide in America, as well as everyday questions from his fans on his "Off the Wall" posts on his Facebook page. In his podcast “The Way I Heard It” Rowe takes a historical story and makes it very vague up until the very last second, revealing the person at the center and giving a little context. These stories and his folksy advice to the average American give a level headed perspective in a crazy world.

Ah finally, a Brit! Carl Benjamin, known by his gamer tag "Sargon of Akkad" takes on several different social issues here in the States such as feminism, Black Lives Matter, police brutality, as well as issues across the pond such as Brexit and the recent G20 riots in Germany. With Brexit, he has delved into the leftists ideas of the British wealthy and that of the commoner. Seen as alt-right by leftist media, Sargon defines himself as a classical liberal and a center-leftist. He has had clashes with famous third-wave feminist Anita Sarkeesian which has gotten him heat from several sources, but has picked up steam and fans for his socially libertarian stance.

An official NRA and guns rights advocate, the host of the NOIR show on NRA Freestyle lives that #PewPewLife. In all seriousness, Mr. Colion Noir calls out the racist history of gun control and how, even in the areas with the most strict gun control laws, low income black Americans are still being killed. One of his most thought provoking lines is "[We pass off inner city violence in Chicago] as ghetto gangbanger violence and ignore it because it doesn't affect us, but then have the audacity to cry more gun control when some undersexed, over-entitled, self-loathing rich kid kills people because he didn't get to bang a bunch of sorority sisters." He holds no bars when he gets into his craft, but he does have a lighter side. He does some comedic videos, such as his "7 Tips for Dating a Gun Nut" and "Why You Shouldn't Get Into Guns". Mr. Colion Noir has the conversations about guns and race that most are afraid to have.

Seems like a good list, right? Guess what, there are even more of them, Men and women, black and white, theists and atheists, every day more and more voices are uniting as one against the leftist machine. The fight is still waging on college campuses across the country, but just know there are plenty of reasonable people out there who will have your back.

* An extra thanks to Ben Shapiro and Matt Christiansen who replied to e-mails to encourage and/or expand the information of this article.