Music is a big part of my life and these ten tracks helped define the 2010s for me. 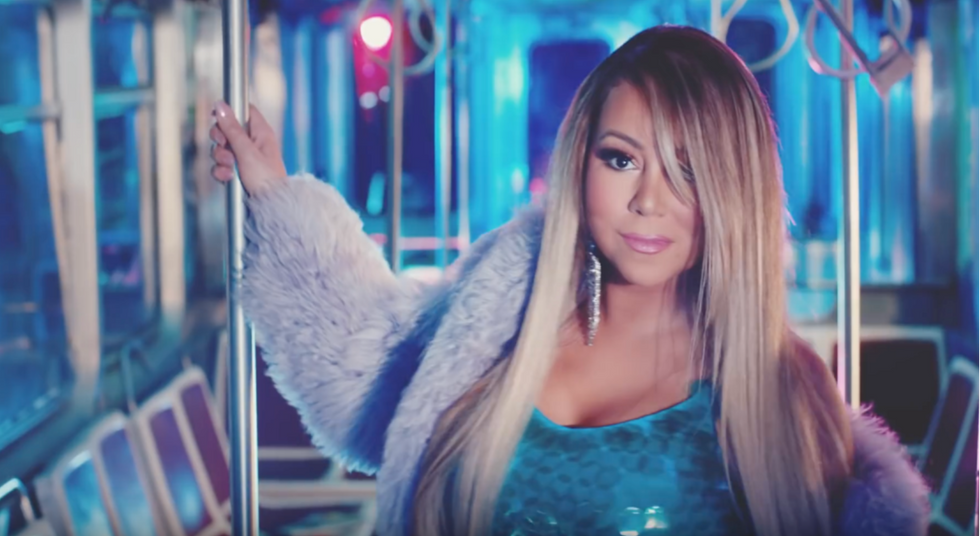 Music is something that can transport us back to very particular times in our life. When I listen to Mariah Carey's debut album, I remember the house I lived in at the time.

I remember listening to it on a cassette player in my room. I even remember watching the music videos in the living room.

For myself, this past decade has been one of self-discovery and growth. Of course, I had music with me every step of the way. These ten songs helped define the 2010s for myself.

In 2015, I met and saw Pansy Division play at The Bowery Electric in New York City. They announced during the show they were working on a new album.

To all of our surprise, they performed two new songs. This was one of them. It was a memorable night I'm grateful to have experienced.

9. "Stressed Out" - twenty one pilots

Released in 2015, this song wasn't on my radar until a few years later. I was out shopping and this song happened to come on the radio. I was listening to the lyrics and felt a connection with them.

This song talks about the harsh reality of growing up. At the time, I was going through a transitional stage and this song reflected that.

I always loved the juxtaposition of the rapping Fedez is doing on the verses with the sweet melody of the chorus. Mika has been one of my favorite artists in the past ten years.

Every time he releases an album, I end up falling in love with it. This is from his "No Place In Heaven" album, released in 2015.

In my opinion, this song should've been a bigger hit. Mariah Carey released her album "Caution" in 2018 and it was a very cohesive body of work. It signified a real maturity from her as an artist.

As with all of her albums, it became the soundtrack to a very specific time in my life. This song (along with the bonus track "Runway") is one of my personal favorites.

Madonna brought her "Rebel Heart Tour" to Brooklyn's Barclays Center in 2015. It was the best experience I've had at one of her concerts. The album "Rebel Heart" was the most I've enjoyed a full album from her since "Confessions on a Dance Floor," 10 years earlier.

This song was my favorite track from the album. The title track, "Iconic," and "Best Night" were also favorites of mine.

5. "Till The World Ends" - Britney Spears

I accompanied my brother and his class on a field trip to Carnegie Hall the day this song was released. We went to see a high school band perform and it was a lot of fun.

During the intermission, my brother and I walked around the museum where we saw an autographed Judy Garland album. I always connect this song to that night. I remember playing it over and over on the bus.

2011 was a big year for pop music. Lady Gaga released "Born This Way" and Britney Spears released "Femme Fatale." J.Lo also made a comeback on the charts with her "Love?" album.

This song was one of those catchy dance tracks that I wanted to listen to over and over again. The rest of the album is pretty good too.

I was extremely excited for Troye Sivan to release his "Bloom" album in 2018. I loved "My My My!" song and video. The song "Bloom" was on repeat as well.

Musically, the songs took me back to the early nineties when I was little. It was so nice to hear a gay man express his sexuality in dance-pop songs on a mainstream level.

Once the album was released, this track was my favorite. I was so happy he did a video for the song. I also saw his sold-out show at Radio City Music Hall and it was the most fun I've ever had at a concert.

When this song was released, it shot to number one and stayed there. I wasn't that big of an Ariana Grande fan before this, but I was curious to see what all the fuss was about.

Once I heard the song, it got stuck in my head. I loved the video as well, since it brilliantly recreated "Mean Girls" and "Legally Blonde," two of my favorite films.

Lady Gaga was nothing short of a phenomenon in the early 2010s. I became a fan of her towards the end of 2008, right before "Poker Face" was released.

When this song came out, it was definitely a bigger sound than her debut. The lyrics, production, and catchy chorus make this track so good. The video was outstanding as well.

Even though this song technically came out in 2009, it was released at the very end of the decade. It was still a huge hit well into 2010. A perfect way to kick off the decade as far as I'm concerned.