A 10 Album Introduction To Damon Albarn

Ten of Damon Albarn's greatest albums in preparation for the return of the Gorillaz. 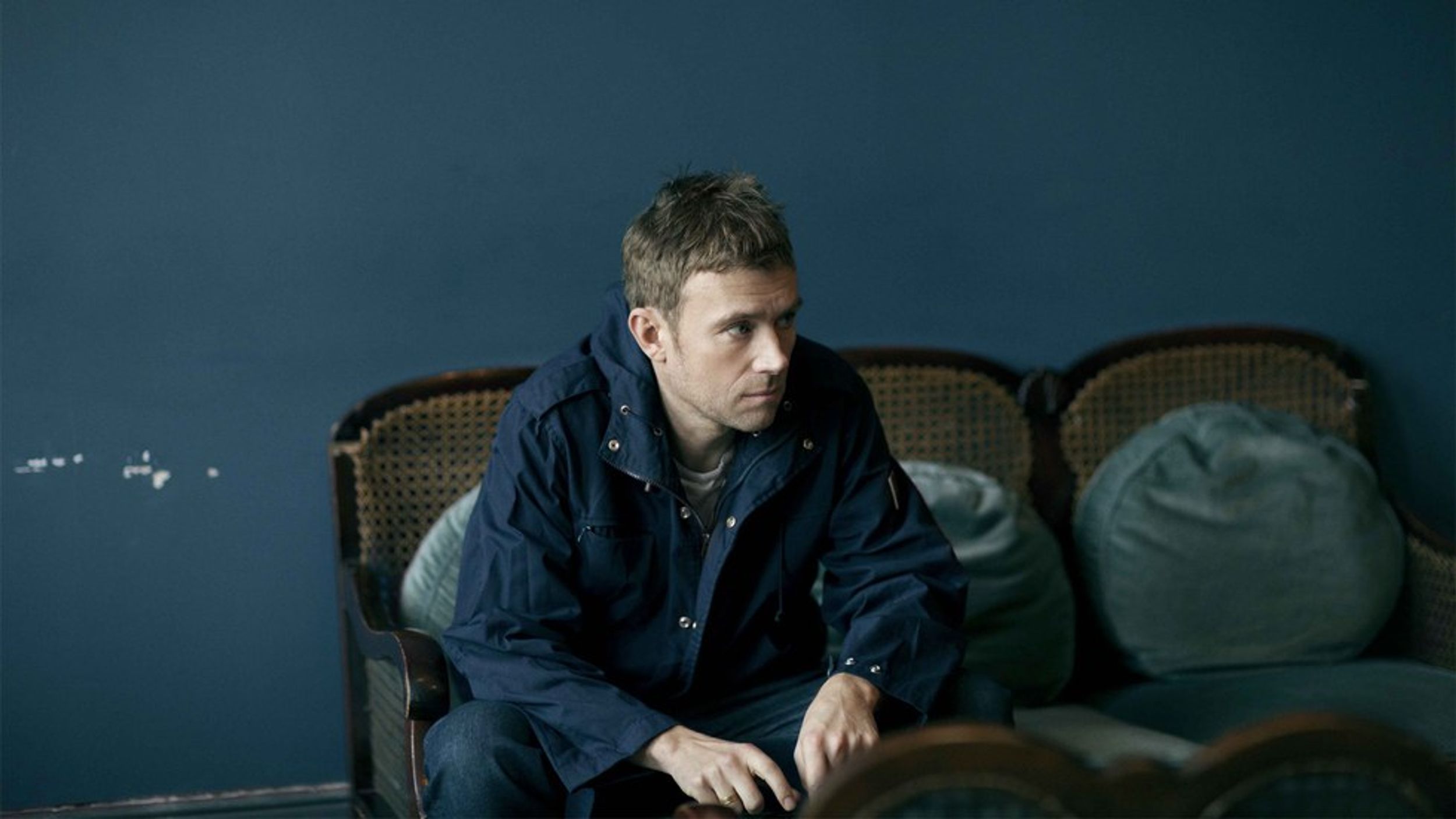 With the impending revival of the Gorillaz, the genre-bending animated band helmed by Damon Albarn and Jamie Hewlett, fan communities online have been rumbling with excitement. The Gorillaz are just one of Damon Albarn’s multitude of musical projects, part of a career spanning all the way from the early 1990s to today, and innumerable genres and styles to boot.

With the sheer amount of music under his belt, it can seem daunting for a first-time listener to explore Damon’s discography. Keeping that in mind, and injecting my own personal preferences into the mix, here is a ten album introduction to the work of Damon Albarn.

2012's self-titled debut album by the supergroup Rocket Juice & the Moon is not a prime example of Damon Albarn as an individual musician. For that reason this album is far from the top of the list, however, it also works to its credit. Damon, who is often at the helm of musical projects decided to, for this album, blend in with the rest of the group and just contribute to the music. His work with Flea of the Red Hot Chili Peppers and Tony Allen blends West African funk with artsy psychedelia, inviting guest musicians from Africa to sing and rap over the instrumental soundscapes created by the core band. "Rocket Juice & the Moon" is a fabulous mixture of sounds and ideas that allow Damon Albarn to work as a part of the soundscape rather than the conductor.

As the eighth and latest studio album by blur, the first of Damon's many successful bands, "The Magic Whip" works both as a return to form and a culmination of experiences for the band. Released in 2015 it is among the most recent works released by a group including Damon, and from a sonic perspective, this is extremely apparent. There are tinges of the 1990s, the heyday of Brit-Pop and popular art rock, blended with the expertise and musical knowledge of a band that has been operating since 1988. Just like many of Damon's works "The Magic Whip" creates a melancholic world with bright tinges of warmth and hope scattered throughout.

8. Journey to the West – Monkey

"Journey to the West" is likely the most unique album mentioned in this list. It is a soundtrack, composed by Damon, for the 2008 opera "Monkey: Journey to the West" based on the classic Chinese tale. Damon's work on this soundtrack is an extension of the Gorillaz, collaborating with artist Jamie Hewlett to produce a visual and sonic wonderland drenched in Chinese culture. It builds itself upon old Chinese styles and musical ideas yet pierce each song with tinges of electronica and Damon's trademark experimental style.

"Everyday Robots," Damon's debut solo album, is a summary. While just as enjoyable and interesting as the rest of his vast body of work, this particular album brings elements from all of his past experiences and turns them into a more personal sonic journey through his life. Art pop and trip hop, among other experimental genres, seed "Everyday Robots" with the atmosphere that Damon Albarn has surrounded himself with over the course of his career.

Another supergroup, "The Good, the Bad, & the Queen" did it first. In 2007, before "Rocket Juice and the Moon" was conceptualized, Damon Albarn teamed with Paul Simonon, Simon Tong, and Tony Allen to create a quintessentially British album. Based on the hectic and melancholic theme of life in modern London this supergroup, helmed by Damon's accented vocals and playfully English demeanour, "The Good, the Bad, & the Queen" is an enjoyable, easy listen filled with thoughtful imagery.

The band closest to blur in both recognition and success out of Damon's entire career is without a doubt the virtual band Gorillaz. Conceptualised after seeing the amount of pollution and refuse to litter the sands of a local shoreline, "Plastic Beach" centres itself on a fictional apocalyptic island built out of the washed away wastes of humanity. This premise could easily lead to preachiness that, while well intentioned, can often break an album's effectiveness in conveying its music and ideas. Much to the credit of Damon, the rest of the band, and each of the guests that contributed, the message is deftly laced over the course of the album. With an airy and electronic aesthetic to the production value this is a wonderful introduction to the work.

1994's "Parklife" is among the most successful and popular albums ever recorded from both blur's catalogue and Damon's overall discography. It was the spike to the top in regards to their prominence in the UK music scene and helped to usher in the Cool Britannia movement, built upon the genre of Britpop that "Parklife" exemplifies so well. It is a playful satire, poking fun at modern British life while also exemplifying it. "Parklife" is a cornerstone album, bridging the gap between pop, rock, and cultural significance.

Though (unfortunately) nowhere near as popular as "Parklife" blur's second album, "Modern Life is Rubbish" was the precursor for many of the ideas and sounds explored by its more successful sibling. A spunky attitude, fuelled by Graham Coxon's fuzzy guitarwork, pervades this album, giving it a bite as it jabs its finger into the heart of modern life and it's bizarre, often draining, qualities.

"Demon Days" is, in all honesty, my absolute favourite album of all time. In my personal opinion, there is no greater example of artistic passion, collaboration, and curious exploration. It is apocalyptic dark pop at its finest, strangest, and most topical. A well-structured anti-war message exists beneath the surface, protesting the Iraq war among other explosions of violence and broken humanity while still delivering a solid musical experience, creating the framework for "Plastic Beach" and the more environmental angle he would use later on. Damon's expressions of a world turned into a wasteland of war, scarred by the scramble for resources and greed of modern society, is inherently dark. There is no way around the dark heart of the album, and the thick, organic production (in contrast to the breezy electronics of "Plastic Beach") that slithers through every song, but that never gets in the way of this milestone achievement in genre-bending experimentation.

Although "Demon Days" is my personal favourite out of Damon Albarn's entire body of work, the top spot has to go to the 1999 work of experimental electronic psychedelia, "13." Often referred to as Damon's breakup album after a long-term relationship with Elastica's frontwoman Justine Frischmann, this album is soaked in the thoughtful meanderings and saddened experimentation that he is known for. Yet, even as fuelled by sadness and self-reflection as it may be, it manages to produce songs filled with hope and a loving, artistic disposition. It is among Damon's most personal works, and acts as the precursor to the rest of his career, building a framework of musical curiosity that would fuel all his future works. Without "13" there would be no "Demon Days" to explore.