Babe Ruth, The Great Bambino, The Colossus of Clout, The Sultan of Swat... 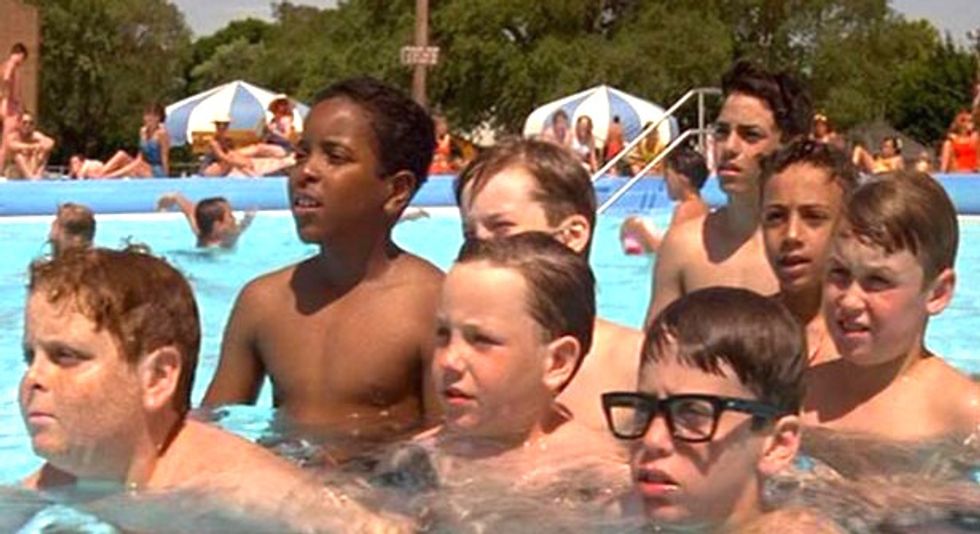 To me, there's no competition. Hands down, "The Sandlot" is the best movie of all time. Growing up, I had a VCR copy of "The Sandlot," and I watched it until I broke it. This movie is more quotable than "Mean Girls" and it's even funnier than "Anchorman." To this day, I still answer "The Sandlot" when asked what my favorite movie is. Come on, it's a classic.

SEE MORE: 11 Reasons Why ' The Sandlot' is One of the Greatest Movies Ever

If you don't know these quotes, you're not a true "Sandlot" fan.

Ham - “You mix your Wheaties with your mama's toe jam!"

Phillips - “You bob for apples in the toilet! And you like it!"

Benny 'The Jet' Rodriguez - “Just stand out there and stick your glove out in the air. I'll take care of it."

Ham - “You call that pitching? This is baseball! Not tennis!"

6. When Squints Tried to be Scary

Smalls (as Narrator) - “What he'd done was sneaky, rotten, and low... and cool. Not another one among us would have ever in a million years even for a million dollars have the guts to put the move on the lifeguard. He did. He had kissed a woman. And he had kissed her long and good. We got banned from the pool forever that day. But every time we walked by after that, the lifeguard looked down from her tower, right over at Squints, and smiled."

8. When Smalls Realized The Beast had a Ball Signed by Babe Ruth

Benny - “Smalls, Babe Ruth is the greatest baseball player that ever lived. People say he was less than a god but more than a man. You know, like Hercules or something. That ball you just aced to The Beast is worth, well, more than your whole life."

Benny - “Because he makes nine of us."

Yeah Yeah - “Yeah yeah, so does my sister, but I didn't bring her along!"

10. Timmy and Tommy Always Repeating Each Other

Kenny - “The Titan of Terror!"

Timmy - “The Colossus of Clout!"

Tommy - “The Colossus of Clout!"