The releases have already been incredible and there's ten more months to go! 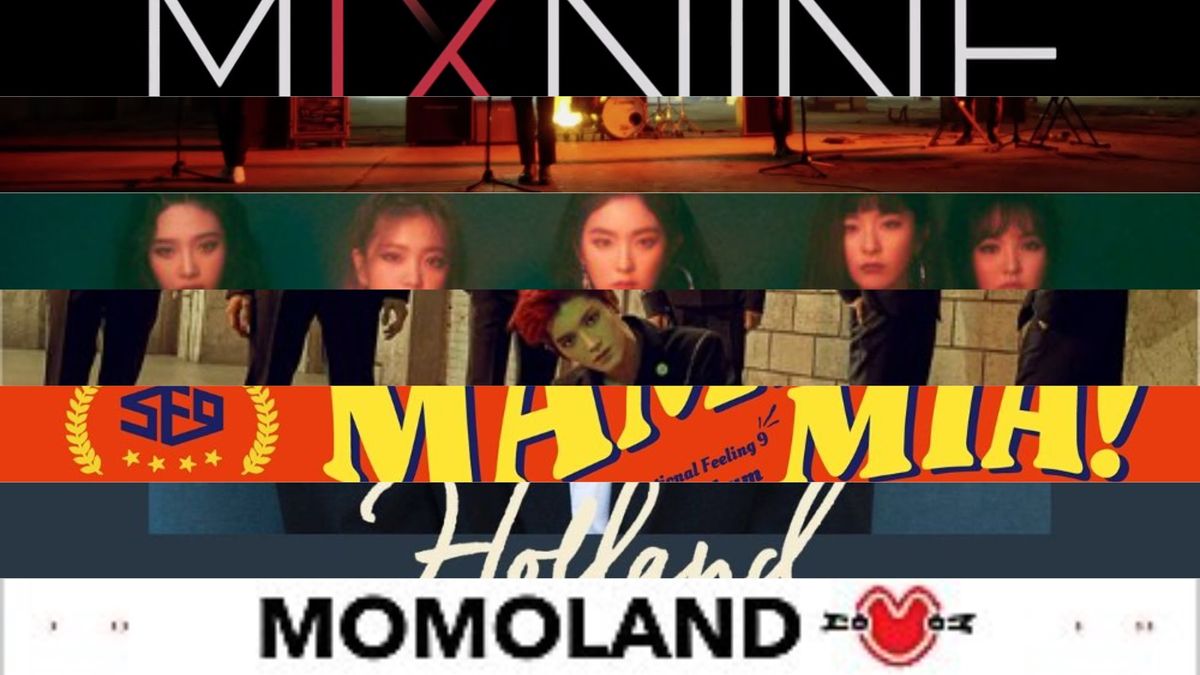 Since it's the end of the month and my last few posts have been very heavy, I want to go for something a little bit more lighthearted this week. At the end of December, I did a post of my favorite Kpop songs from 2017. Even though we're only two months into 2018, there's been a plethora of new music already, so I want to do a list of my top five Kpop songs so far in 2018!

This may not be an actual release, but this is still by far one of my favorite songs so far this year. Mixnine was a survival show through YG Entertainment that formed a nine-member special group featuring members of A.C.E, ONF, and Seven O'Clock, and this song was one of the final round songs that featured seven of the nine winners. I love jamming out to this while doing homework.

I already posted about how important (and somewhat controversial) this music video was, but this song is just so good that I have to mention it again! I just love how chill it is. This is a good song for when I just need to relax and breathe.

It took a bit for this song to grow on me, but now it's one of my favorites! I absolutely love the style of this comeback, especially Wendy's look!

This isn't a title track, but I absolutely love this song. I get very strong SHINee and TVXQ vibes from it, and the vocals are incredible! I also really love the way that this lyric video is put together, so props to the videomaker here!

This was another one that I had to listen to a few times before I fell in love with it, but now I can't stop listening! NCT is a group made of subunits, and the U subunit is rotational, so SM introduced two new members with this comeback, Lucas and Jungwoo! They're both incredibly talented and I just love the contrast of rap and vocals in this song.

I couldn't go without mentioning these two songs.

This song really has everything. It isn't the typical cutesy song that one might expect from a girl group, and the rap part is especially badass. When I first listened to it, I actually heard elements of quite a few other songs, like DNA by BTS in the intro and Black Widow by Pristin in the end of the rap. The whole song also gives me an Orange Caramel vibe overall. I definitely love this track and I hope to hear more of this sound from Momoland in the future!

Although Day6 is a Korean group, this song is in Japanese, which is why it isn't included in the original list. However, I couldn't not mention it. Day6 has been on fire since the beginning of their EveryDay6 project in 2017 and it's been incredible watching their sound develop. The intensity of their voices is amazing! Does anyone else think Young K sounds a bit like Patrick Stump in this?