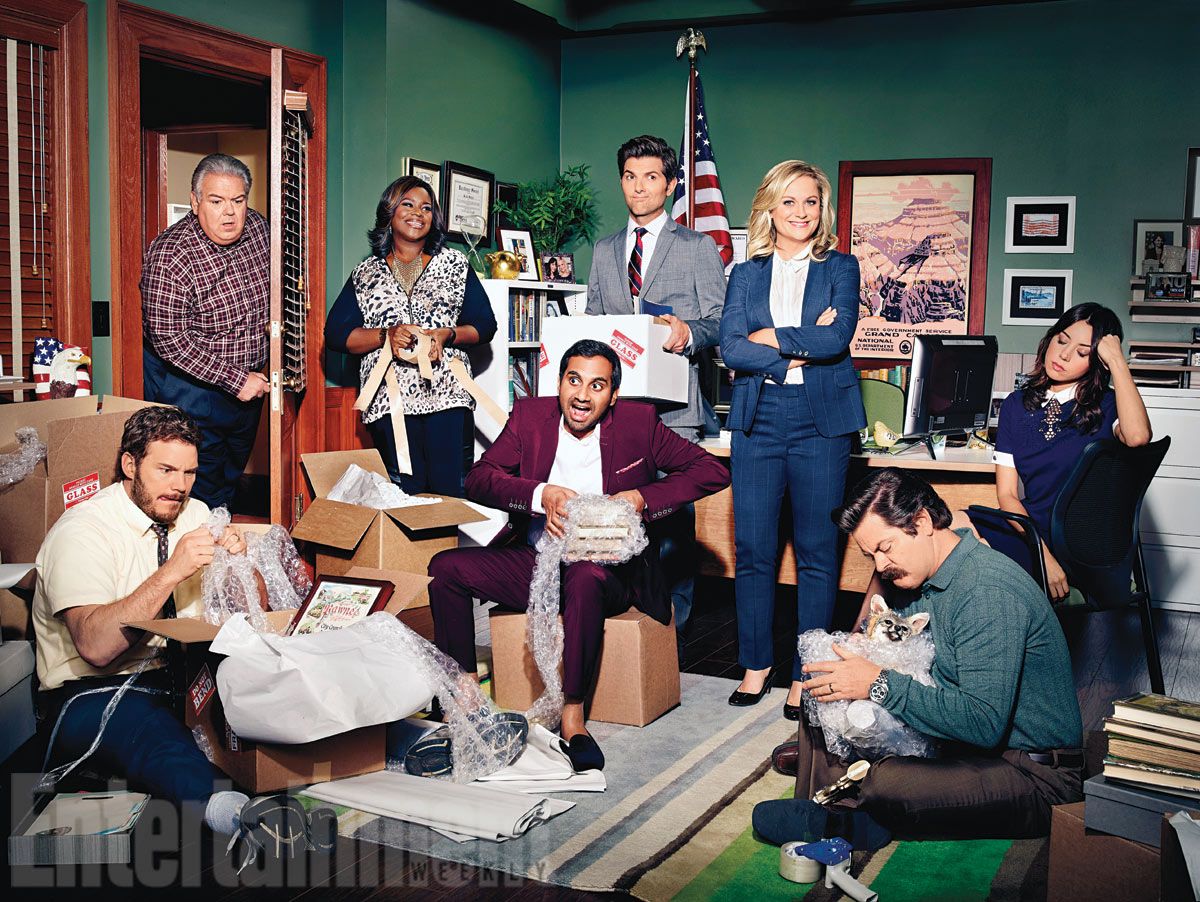 This week I decided to talk about my top 5 feel-good TV shows. These are the type of shows that you’d want to watch after a long day. They’re mostly comedies and sitcoms. The shows are not in any particular order. (Except for Parks and Recreation because that will always be my favorite show of all time.) The following does include some spoilers.

Watching Parks and Recreation is like a cup of hot cocoa on a cold day. With a group of friends like the parks and rec gang, you wish you could be a part of them. It’s such a comforting show to watch after a long day or to have a good laugh. All the characters’ personalities are unique and funny in their own ways. Who wouldn’t want to indulge in a “Treat Yo Self” day? Or have a best friend like Leslie Knope? Overall, this show is hilarious and highlights the importance of friends, waffles, and work. But work is always third.

April is always up to some kind of scheme. She loves her friends but never shows her emotions towards them. I love her character development because she went from being an unmotivated intern to a self-efficient person.

You can’t like Parks and Recreation without liking The Office. Both of these shows are similar because they show a group of friends in a work setting. The Office is different because it’s about a paper company in Scranton, Pennsylvania. Michael Scott (Steve Carell) is the boss of the office and is always pulling some sort of antic. It seems like they never get any work done because the employees are always up to something.

What I love the most about Jim is how he's always pulling pranks on his co-worker Dwight. He doesn't take his job too seriously and always tries to liven things up. Plus, his romance with Pam is amazing.

This is another comedy show but in a police precinct setting. The cast is composed of PO, female, and LGBTQ+ characters portrayed in a positive and nonstereotypical way. The show follows Detective Jake Peralta (Andy Samberg) and his colleagues as they police the NYPD’s 99th precinct.

Rosa is a badass character that has command of herself. She is seen as scary, smart and secretive by her colleagues. She takes pride in the fact that no one knows much about her.

This comedy follows three generations of the same Cuban-American family living in the same house. The characters are funny, relatable, and loving. The show also talks about different issues like immigration and identity. I love how the show is led by poc and strong female characters. I’ve recommended this show to many people.

Elena is the activist member of the family who always speaks her mind about different issues. We also get to see her journey as she figures out her identity.

My list would not be complete without this show. This show has made me laugh, cry, etc. My Mad Fat Diary follows the life of a 16 year-old girl who has been released out of a psychiatric hospital. Set in 1996 in Lincolnshire, it shows her journey to healing with her friends and family. The show doesn’t shy away from talking about body image, mental health, and sexuality. This show has helped a lot of people realize that they’re not alone in these struggles. The show is based on the book “My Mad Fat Diary”, written by Rae Earl.

Rae Earl is the protagonist of this series. We get to see her character develop throughout the seasons. Audiences can relate to her struggles that she faces. She’s a raw character that teenage girls can definitely relate to.

Favorite Episode: All of them. I can’t pick one because they’re all packed with so much drama, laughs, and surprises.
Report this Content
This article has not been reviewed by Odyssey HQ and solely reflects the ideas and opinions of the creator.