These quotes will just make you want to say 'Merica. 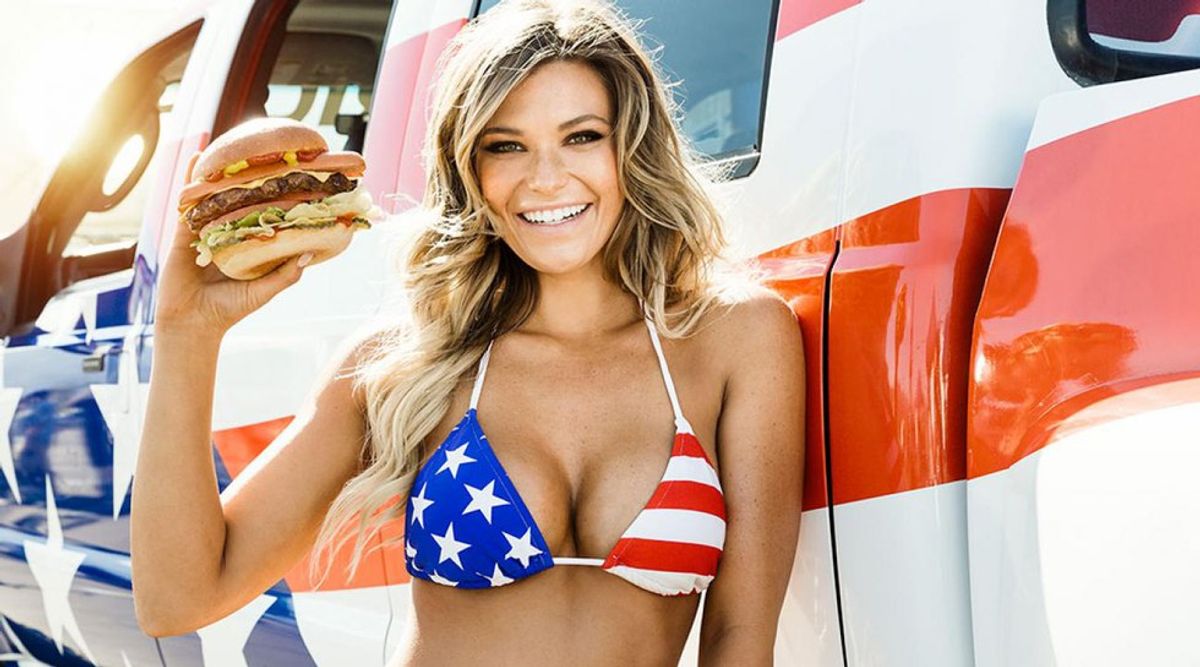 The Fourth of July. America’s holiday, our birthday, where Americans enjoy a weekend full of fireworks, BBQ, sports, family, friends and hopefully will reflect upon how lucky they are to be citizens of the greatest nation on earth; the United States of America. Make no mistake, America. We hail from a land of individuals who aren’t afraid to speak their mind. Who relish in the opportunity to take chances, who dares to dream, set the bar high for the rest of the world, extend the olive branch and become a great friend to the world, and to lay the wrath of the Almighty down on those that choose to mess with the US of A! We don’t take crap from nobody, so here are the top 5 most badass quotes in American history. Happy 240th, America! *bald eagle screeches in the distance*

“Ladies and gentlemen, I don’t know whether you fully understand that I have just been shot, but it takes more than that to kill a Bull Moose.”

Good Lord. Teddy is certainly one of the most badass Americans to have ever lived. The former President and then candidate at the time of this quote in 1912 while running under the Bull Moose Progressive ticket in the Presidential election. Right before the speech he was to give in Milwaukee, Iron-Chested Ted took a round to the chest from an unemployed saloonkeeper. BEFORE THE SPEECH! He still got up and spoke for 90 freaking minutes before he went to the hospital. Taking one for the team, Teddy. Atta boy! Badass.

“To the German Commander:

This was the one word reply General McAuliffe gave to the German army forces that had surrounded the Americans at the Battle of the Bulge in Bastogne, 1944. The German commander had wrote to McAuliffe, carefully and eloquently explaining to him that he had no chance of survival if they did not surrender the town to the Nazis, which could have turned the tide of the war in favor of the Germans. The General replied with one word referencing his man regions and that must have pissed off the Germans real bad, cause they attempted to destroy the US forces, but that was the last thing they did before they all got smoke checked... Badass.

The American spy and soldier stated in 1776, “I only regret that I have one life to lose for my country."

So I did a biography on Nate when I was in the 3rd grade and this quote has always stuck with me. These were his last words before he was hanged by the British Army in 1776 after being caught spying. How noble is that. In his moment of dying, he did not think about his own personal safety nor did he regret anything he did. Instead he speaks of his country, the United States of America and pledges his dedication to the cause he deedem worthy enough to die for. I can only dream of being the badass that Captain Nathan Hale was in my wildest dreams. Hooah, sir. Badass.

“Give me liberty, or give me death!,” said the Virginia politician in 1775.

We all know this one. It’s the rallying cry of our Revolution and is still relevant in our very complex and ever changing political world. Mr. Henry said this during a speech he made to the Virginia Convention in March of 1775 as his closing statement. He is credited with convincing the Convention to provide Virginian troops to the Revolution, which was at that time a New England affair. Think of the stones on this guy, man. Making a speech where he talks all sorts of junk about the Crown and why they should go to war against the greatest army in the world at that time. Not to mention, if they lost, they would all certainly be executed for committing treason against England. But the reward, of having our country where we can govern ourselves freely is going to be so sweet, he told the Convention. Thus, give me liberty or give me death! Badass.

1. The Declaration of Independence

“These united Colonies are, and of Right ought to be Free and Independent States; that they are Absolved from all Allegiance to the British Crown, and that all political connection between them and the State of Great Britain, is and ought to be totally dissolved.”

The original #Brexit. This break up letter to the King and Great Britain sent shockwaves into the West and further escalated the American Revolution. It was then, on July 4, 1776, that we told King George to put that in your pipe and smoke it. That’s some real gangsta stuff right there honestly. We were the first to tell an authoritarian government to go screw itself and that we were going to govern ourselves. Nobody had ever tried something like this before in the course of human history,and we just decided to wing it. Baaaaaaaalllsy stuff right there, man. We left the comfort of being Britain’s pet and we decided that it was better to be free than it was comfortable. Sticking it to the man since 1776. Up yours, Georgey. Badass.

I hope you enjoyed, guys! Have a fun, safe holiday weekend and I'll see you next week!