Top 10 YA Books That Need to Be Made Into Movies
Odyssey
CurrentlySwoonLifestyleHealth & WellnessStudent LifeContent InspirationEntertainmentPolitics and ActivismSportsAdulting
About usAdvertiseTermsPrivacyDMCAContact us
® 2023 ODYSSEY
Welcome back
Sign in to comment to your favorite stories, participate in your community and interact with your friends
or
LOG IN WITH FACEBOOK
No account? Create one
Start writing a post
Entertainment

Top 10 YA Books That Need to Be Made Into Movies

These all would be great on the big screen. 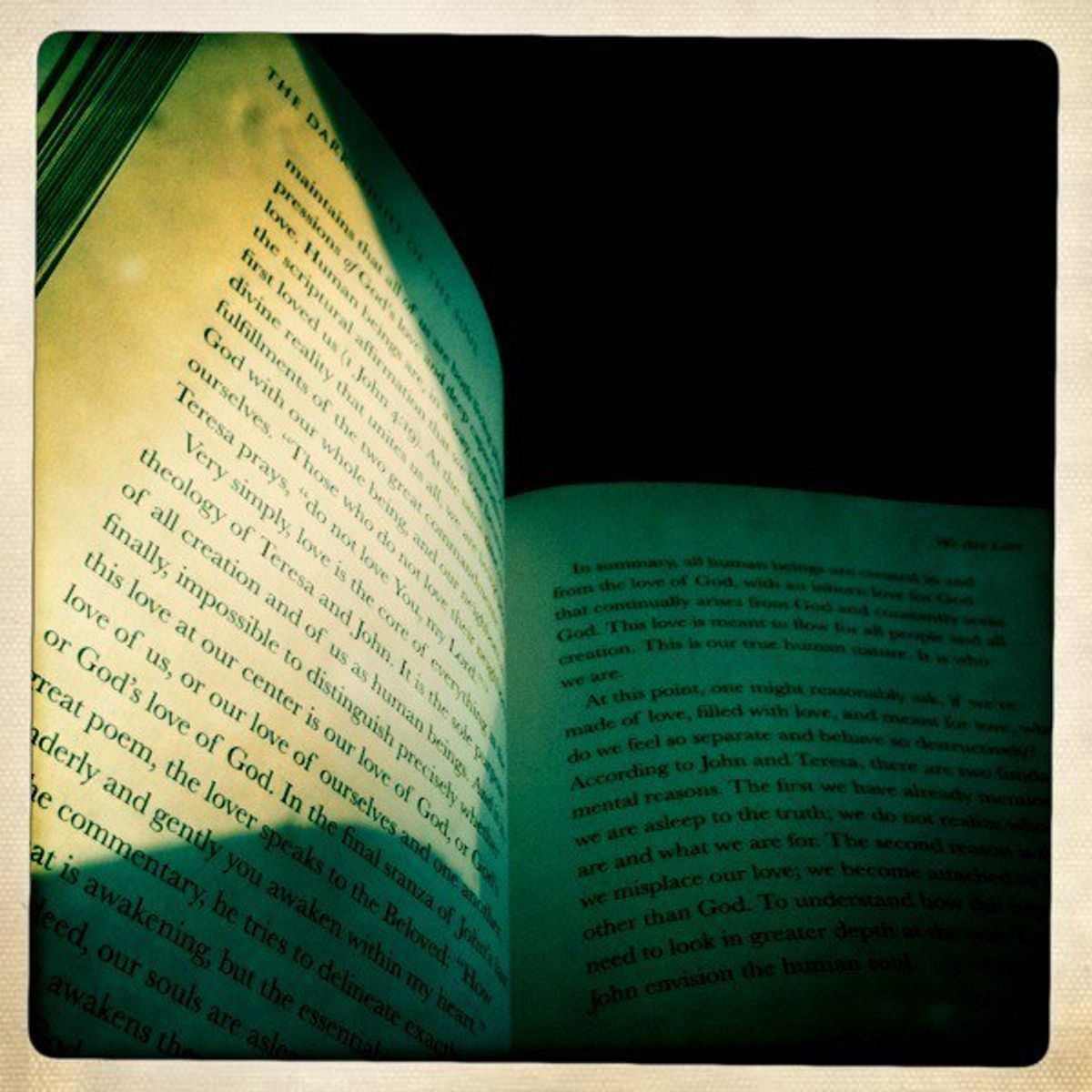 It seems that everywhere I turn, a new young adult book is being made into a movie. And while I can't wait for them to come out, these are a few books that I desperately need made into movies. Like, now.

1. Anna and the French Kiss by Stephanie Perkins

Paris, boarding school, hot British guy. Need I say more? This story follows Anna, a senior in high school whose parents ship her off to a Paris boarding school her senior year, where she meets the swoon-worthy, intelligent, and taken Ètienne St. Clair. This book is the perfect, lighthearted romcom that would make the perfect movie for a girls' night in.

2. This Is Our Story by Ashley Elston

I haven't read this book yet, but I'm planning on picking it up next. This book is said to be full of mystery and suspense. It starts with a group of five guys going hunting. But only four return. And no one will say who shot and killed their friend, though evidence says it could have been any of them. This story follows Kate, an intern at the district attorney's office, who tackles the case and is determined to find the killer. The final line of the Goodreads synopsis says it all: "As Kate gets dangerously close to the truth, it becomes clear that the early morning accident might not have been an accident at all -- and if Kate doesn't uncover the true killer, more than one life could be on the line . . . including her own."

If that doesn't hook you, then I don't know what will.

This book gives me Twilight vibes, but it is written so much better and instead of vampires, this follows aliens. The synopsis sounds kind of cheesy and I'm not a fan of the cover, but you've just got to give it a chance. It's seriously amazing and would make an entertaining movie.

4. My True Love Gave to Me edited by Stephanie Perkins

This is a collection of 12 holiday short stories written by 12 young adult authors. While not all of the short stories were my favorite, I think this would be a cute holiday movie, or perhaps a short Netflix show. It helped put me in the Christmas spirit last year.

5. A Court of Thorns and Roses by Sarah J. Maas

Sarah's other series, Throne of Glass, has been optioned for a television show, but I think A Court of Thorns and Roses would be an amazing movie series. This is going to be a trilogy, and the final book comes out this May. This is a high fantasy beauty and the beast retelling with a kick-butt main female lead, strong friendships and family bonds, and a High Lord that is sure to steal your heart. This has quickly become my favorite series of all time and if it became a movie, I'd be at the theater at midnight watching it.

Young adult fantasy retelling of The Phantom of the Opera. Need I say more?

Cassandra Clare has long been my favorite author. Her first series, The Mortal Instruments, was made into a movie back in 2013 and didn't do so well in the theaters. If I'm being honest, I didn't enjoy it, either. It's now in its second season of it's t.v. show and it's fine. But her Infernal Devices series (the first book being Clockwork Angel) is set in London in the 19th century and follows demon hunters, warlocks, and quite possibly the only love triangle I actually like, and I think it would do better as a movie than The Mortal Instruments did, especially if it was made by a different producer.

Lina is spending the summer in Italy with her father, who she hasn't seen her entire life, after her mother passes away. And she couldn't be less thrilled about it. But once she arrives in Italy, she's given a journal her mother kept while she was there, and she begins her own journey around Tuscany uncovering family secrets, newfound friendships, and a relationship she never saw coming. This would be the perfect movie to be released in the summer. It's lighthearted, funny, and filled me with the desire to go to Italy as soon as I finished the book.

The Hunger Games and Divergent are the most popular dystopian novels, but Legend is my favorite out of all of the ones I've read, and one of the most underrated. This is set in an alternate America, called the Republic, and follows June, who is the military's prodigy and begins her search to find her brother's killer. All signs point her to Day, the Republic's most wanted criminal who is fighting for survival while hiding from the Republic. But the two soon discover that, like in all dystopian novels, there is a major issue within the government and everything is not as it seems.

10. The Statistical Probability of Love at First Sight by Jennifer E. Smith

This follows a teenage girl who meets a cute British boy in an airport and they begin to fall in love on their plane ride to London, and the whole time you're questioning whether or not they're going to end up together. . This is another book that would make a perfect romcom in my opinion.

Nicole Marie Nigro
Individual Creator
7343
c1.staticflickr.com
Where to start...... Let me start with the cliche that life throws us curveballs and what we do with it is what counts.