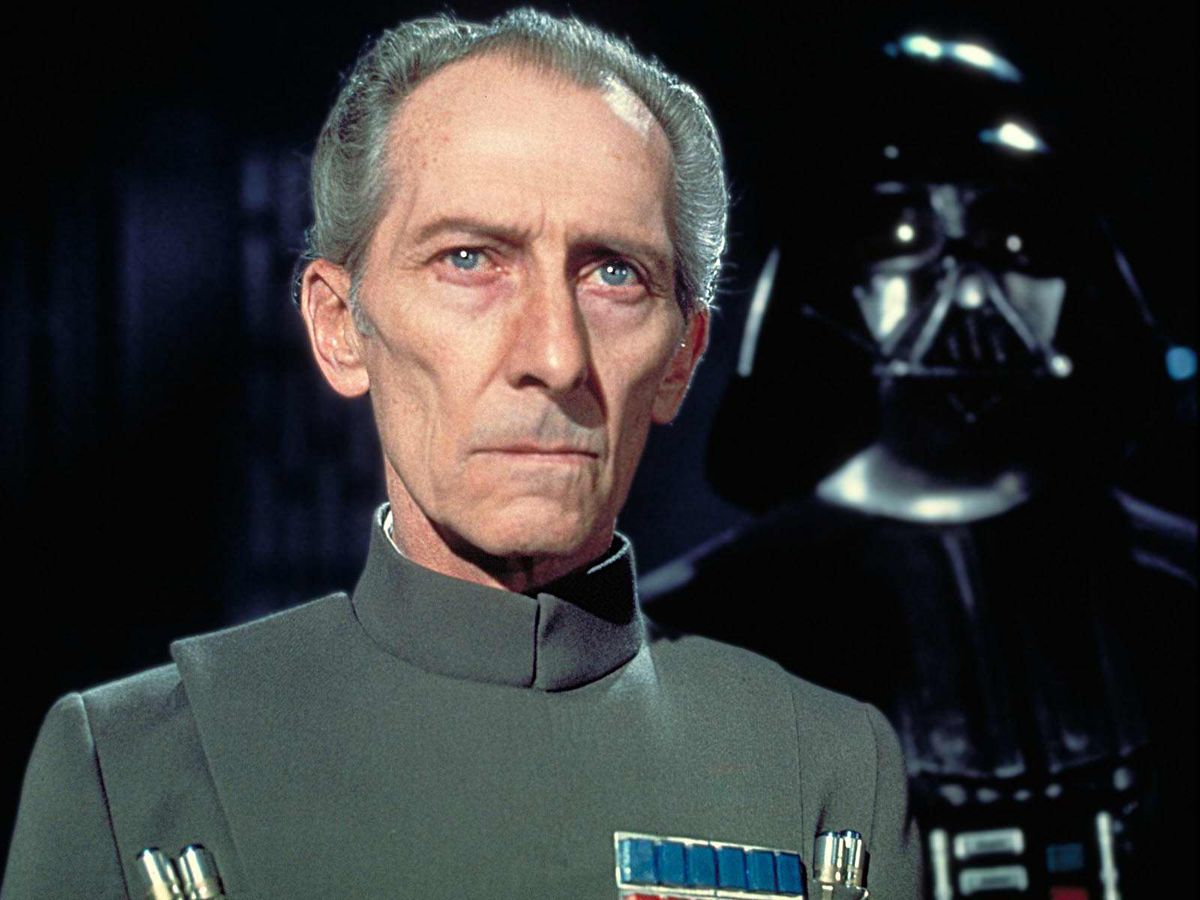 You may not have heard of actor Peter Cushing.

Some know him as one of the bad guys in "Star Wars," while others know him for his horror roles.

Film critic Roger Ebert once described Cushing as "the one in all those British horror films, standing between Vincent Price and Christopher Lee."

While Cushing never got the same celebrity as his good friends Price and Lee, he was just as talented.

Lee said Cushing was "the only actor who can read the Times, drink his whiskey and soda, light his pipe and deliver his dialogue all at the same time."

"Sherlock" co-creator Mark Gatiss described Cushing as "one of the most underrated of British screen actors."

Here's a look at some of Cushing's best films, from classics to cult favorites.

Sometimes a movie has such a cool concept you appreciate it even though it's not perfect.

He runs afoul of a colleague who has superhuman strength.

Meanwhile, a scientist (played by Vincent Price) gets involved in a hunt for a serial killer.

Elsewhere, in what's apparently a hospital, a man's limbs are amputated one by one.

These stories don't fully connect until the end, but each one is handled very well.

Once the stories do connect, they create some very unique and creepy.

This film was the first to star Cushing, Vincent Price and Christopher Lee together.

This movie was the first of many times Cushing played Sherlock Holmes.

Many people consider him one of the best Holmes ever.

As in the book, Holmes and Watson must help an aristocrat whose uncle died in strange circumstances.

As they investigate, they must also figure out if a legendary hound haunts the aristocrat's family.

Hammer Productions produced this movie and gave it a truly scary feel, especially in the introduction.

This movie started the best-known part of Cushing's career.

It began his work playing (as he put it ) "a monster-maker or a monster-destroyer" in Hammer Production's horror films.

In this film, Cushing plays Baron Victor Frankenstein, a scientist who decides to prove his intelligence by creating life itself.

What follows is a classic film that changed horror cinema.

Filmmaker John Carpenter said this film had a strong influence on his career.

Based on the TV show "Doctor Who," this film casts Cushing as the Doctor, a time-traveler with a knack for saving the world.

This time, the Doctor and his companions visit London in the year 2150 AD.

The Daleks, the Doctor's oldest adversaries, have reduced most of Earth to rubble.

The Doctor will need lots of help, bravery and luck to stop them.

Cushing's portrayal may not be canonical with the TV show, but he does a great job.

His version, sillier than the First Doctor, may have influenced later actors, creating the character fans know today.

If "The Curse of Frankenstein" started Cushing's association with Hammer, this movie (also called "The Horror of Dracula") cemented it.

When his friend Jonathon Harker fails to defeat Dracula, Van Helsing has to finish the job.

This movie made Christopher Lee a star and showed Cushing's ability to play multifaceted characters.

His Van Helsing is both a scholar who can outwit evil and an action hero who can do a great fight scene.

What happens when you place Ebenezer Scrooge in a crime noir thriller?

That essentially describes "Cash on Demand."

When a man threatens to kill Fordyce's family unless he helps him rob the bank, Fordyce loses his cool.

What follows is a story filled with psychological thrills, wit and fascinating characters.

André Morell, who played Watson in "The Hound of the Baskervilles," plays the burglar.

Basically, this film is about blasphemy.

Cushing plays an archeologist working with his father and uncle to excavate an Egyptian tomb.

The father and uncle ignore warnings to avoid the tomb, breaking a holy seal on the tomb and entering it.

What follows is a series of dark consequences, which even Cushing's character can barely escape.

Once again, Christopher Lee is the monster and Cushing the monster-slayer.

However, this is a different monster-slayer than Van Helsing.

This hero doesn't know anything about the supernatural, he only has his wits.

This is easily Cushing's most famous film.

As Luke Skywalker and company break into the Death Star, Tarkin tries to regain control and keep a leash on Death Vader.

Vader's the best-known villain in this movie, but Tarkin brings a different kind of evil to the story.

He's a villain who looks human but can be just as scary in his own way.

Some people found this BBC production of "1984" controversial for its "subversive content."

Something ironic in that.

Here Cushing plays Winston Smith, a member of a dystopian state who doubts the administration.

When he commits an unthinkable crime - falling in love - he starts to rebel.

This adaptation tells a great story and gives Cushing a chance to show his nice guy side.

Other roles showed Cushing playing a paternal hero, which is generally a side character.

This film showed he could also play a more innocent hero, the nice guy the story focuses on.

André Morell, Cushing's co-star in "Cash on Demand" and "The Hound of the Baskervilles," plays O'Brien.

Cushing wasn't the first actor whose likeness was used on film after his death.

That was Laurence Olivier, who directed Cushing in "Hamlet."

However, this movie got considerable attention for using Cushing's likeness and will probably be remembered for a long time.

In this prequel to "A New Hope," viewers see Tarkin trying to stop the Rebellion from getting plans to the Death Star.

Whether you think using an actor's posthumous likeness is right or not, the film uses it in a way that honors Cushing.

Audiences get to see Tarkin's devious side, something Cushing would have been great at playing.

Note: All images used are either public domain photos or screenshots taken for review purposes. No copyright infringement intended.