By adults, for adults. 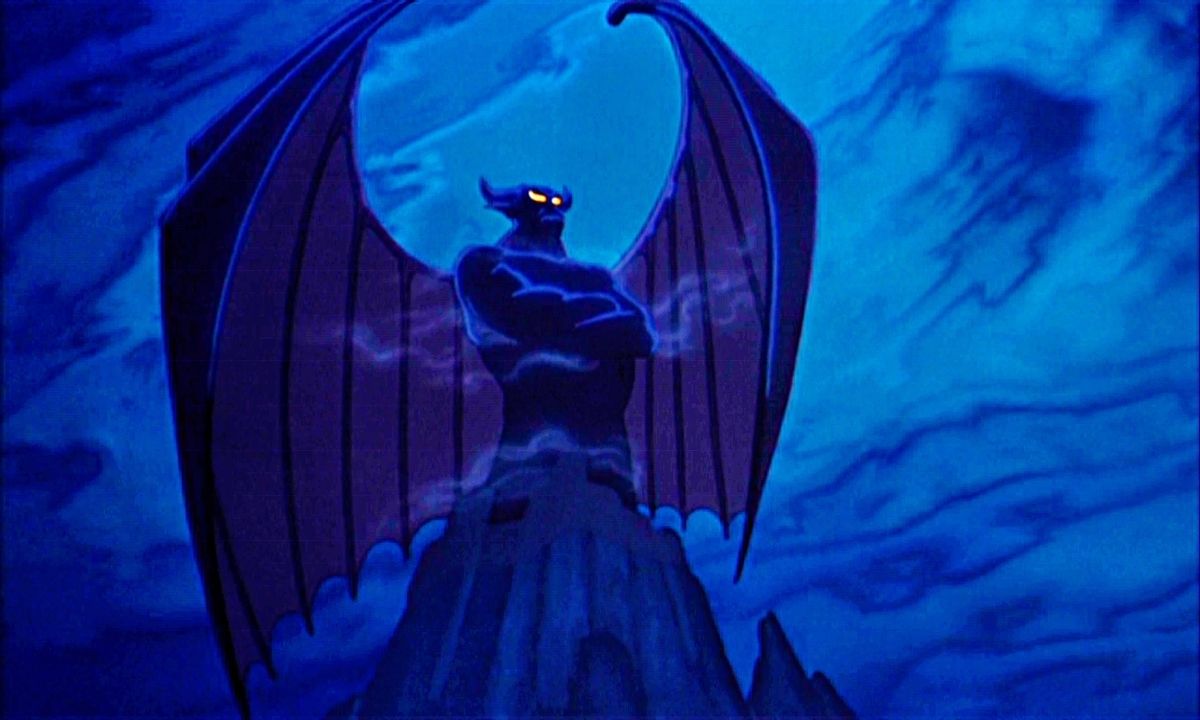 Any casual film-goer can pick up on the multitude hidden meanings in Disney films. What is astonishing, however, is just how much of it there is, and how, at times, some of these messages seem even too adult for most children.

This list does not include every Disney film, but ranks the top ten most adult.

*Disclaimer*: For sake of both brevity and fairness, I have decided to only include animated films and will not include properties that Disney owns such as Lucasfilm or Marvel. It is fair to say that most of the films under those banners or other live-action features that Disney produces are more adult in general.

What makes Frozen so "adult" is not really an "adult" theme, but rather, a trope that is mostly absent from Disney movies, that "true love" is not something reserved exclusively for romantic partners. True love can exist in its purest form between two sisters. Maybe even someday, God forbid, it can exist between two platonic friends.

Though Lewis Carroll's story was originally meant to portray the dream state (and arguably does so very well), it more so makes most viewers feel like they are undergoing a hallucinogenic trip. Since this is a kid's movie, it is easy to see why that might be a little too much for them.

If that is not enough, the overload of tricky wordplay is enough to confuse children. The dialogue is laced with one-liners that can cause even adults to think, "Wait... What?"

Pixar has frequently relied on social commentary for its films, and "A Bug's Life" is the prime example of that. Since the ants in the film are essentially slaves to the grasshoppers, the whole conflict hinges upon classism. Kevin Spacey's Hopper is an intimidating, fascist villain that even grownups can be discomforted by.

Though the theme is something kids will hopefully not have to think about until they're older, it is never too early to learn the importance of the bourgeoisie.

Though most of "Bambi" is innocent animal fodder, there is no denying the original tragic Disney parent death. While Mufasa (spoiler alert) may have broken our hearts with his tragic demise, the death of Bambi's mother paved the way.

Besides that, Bambi only can mate with his true love by besting his rival, Ronno, in physical combat. It's like an episode of "Planet Earth," but hopefully kids won't be taking cues and beat up their romantic rivals.

6. "The Nightmare Before Christmas"

Jack Skellington's epiphany that he will never quite be able to properly capture the Christmas spirit is actually a pretty adult lesson to learn. We may appreciate things that are sweet and joyful, but some of us are simply too dark. That's pretty depressing.

It is arguable that Sally's story is reflective of an abusive relationship, with her father, Dr. Finkelstein, creating her for the sole purpose of serving him.

If that were not enough, Tim Burton's beautiful but spooky visual aesthetic is definitely an odd choice for a Disney film. Most adults can grasp that Jack's praise of the dark and morbid ways of Halloweentown is more ironic than anything. But when Jack sings, "There's children throwing snowballs instead of throwing heads/They're busy building toys. Absolutely no one's dead," it is easy to see how children could misinterpret the violent undertones.

The only Disney movie to be set in a post-apocalyptic world, "WALL-E" paints a morbid portrait of humanity's future. When WALL-E finally manages to come across humans, they are all lazy, obese mega-consumers. The film makes a statement about the dangers of not only over-reliance on technology but overindulgence as well.

Pixar's depiction of Earth as a trash dump, as well, is probably nudging viewers about a minor issue called climate change.

What makes "Toy Story 3" so adult is that it actually depicts what happens when we have to leave our childhoods behind. This is also what made "Toy Story 3" so effective. It hit home for all the kids who grew up on the first two, and went to see the third chapter when they were in high school.

As Andy was forced to leave behind his childhood pals to go to college, we learned, too, that not everything from our childhood can be taken with us when we grow up. It seems that "Toy Story 3" was actually more for adults than children.

3. "The Hunchback of Notre Dame"

What is easily the most morose of all Disney films is filled to the brim with mature themes. Religious corruption, racism, dysmorphophobia, you name it and "The Hunchback" has it.

It tells kids a hard lesson that us adults still struggle with: how to deal with being utterly friendzoned. While there's no denying that unrequited love is bound to happen to mostly everyone at some point in their lives, it is shocking to see it in a Disney film, simply because no other Disney film portrays it.

Judge Frollo is not only a terrifying, cruel villain but there is even a blatant moment in the film where he is conflicted by sexual desire for Esmerelda. Again... kids' movie?

Its premise alone is a risk. Aside from "The Sorcerer's Apprentice," many of the segments of "Fantasia" are not exactly classic Disney fodder. From the terrifying Chernabog in the film's final sequence to the gruesome death of the dinosaurs, it can be hard to guess what Walt Disney was thinking at the time.

That being said, "Fantasia" is a work of art, though not one free of rightful controversy. The film originally featured topless centaur women which, of course, sparked an outrage at the time. The film also caught fire for portraying a black centauress polishing the shoes of a white centauress. Good ole' Disney racism!

What became one of Disney's best films is also its most adult. Sure, every Disney film has adult undertones, but "Zootopia" carefully dances the line between implicit and explicit messages.

Racism, sexism, homophobia, Islamophobia, xenophobia, drug addiction and countless more social issues are met head-on through the personification of animals. The results are amazingly conscious. Even if the sources of the film's morals might go over kids' heads, what matters is that they learn acceptance of outgroups subliminally.

Emmaline B
The Narrative
21984
https://unsplash.com/photos/O0T1SIgHAfM