Show up for Spider-Man, stay for the acting 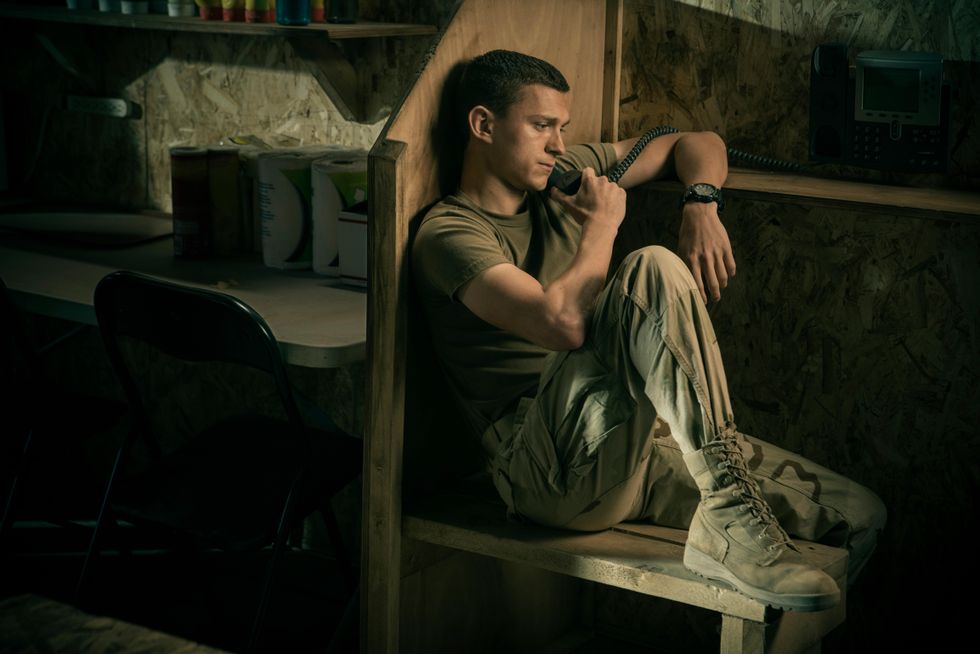 Based on the novel by Nico Walker, "Cherry" is a hotly-anticipated movie in the 2021 spring lineup.

Maybe it's because that digitally misprinted movie poster created a craze on social media when it dropped, or maybe because it's another example of Tom Holland nailing dramatic roles since Netflix's "The Devil All the Time." But whatever the reason is, the hype is worth the wait.

Directed by Anthony and Joe Russo, "Cherry" tells a mesmerizing, coming of age tale with painful reminders of the price of war.

Cherry (Holland) is a young man from Ohio who feels like life was wasted on him. He takes "the beautiful things to heart" until they destroy him. It's especially true when he falls in love with Emily (Ciara Bravo) in college until heartbreak drives Cherry to impulsively enlist in the Army. He returns as a decorated hero, but he spirals down a path of bad decisions as he faces undiagnosed PTSD, a drug addiction and a string of bank robberies.

Holland and Bravo might not have the best chemistry that the viewer has seen, but their performances are disarming and phenomenal. It's physically painful to watch Holland release built up stress in his truck on one fateful night (when audiences see the film, they'll know exactly which scene this is). And it's heart-wrenching to hear Bravo strain her voice to yell at Holland in desperation as the couple deals with severe drug addiction.

"Cherry" is creatively told in a way that engages the viewer, and it's easy to follow with clear title cards cueing each chapter. It starts with Cherry's last bank robbery. Then the script, written by Angela Russo-Otstot and Jessica Goldberg, transports viewers to how his story began, coming back to that same opening scene.

And based on the trailer, it's clear that Cherry breaks the fourth wall a couple times and talks directly at the camera. Though it's a tactic that can be jarring for a typical independent drama, it works well with the coming of age story this movie brings and it's refreshing considering this isn't an innovative story.

There are a few times in the film when it feels a bit too machismo, making it hard to really care about the title character or sympathize with him. At first glance, he objectifies Emily and when she breaks his heart a few scenes later, he doesn't take it well. But there's no room to give Cherry the benefit of the doubt because it's hard to rationalize his decisions.

Fair warning that the movie is likely triggering for those who struggle with themes around war violence, PTSD and drug addiction. But for those who can stomach it, "Cherry" is worth seeing.

"Cherry" will premiere in select theaters on February 26 and globally on Apple TV+ March 12, 2021.