Today My Shorts Scared Me
Odyssey

Today My Shorts Scared Me

How females are taught that they need to cover up in order to stay safe and not receive unwanted attention. 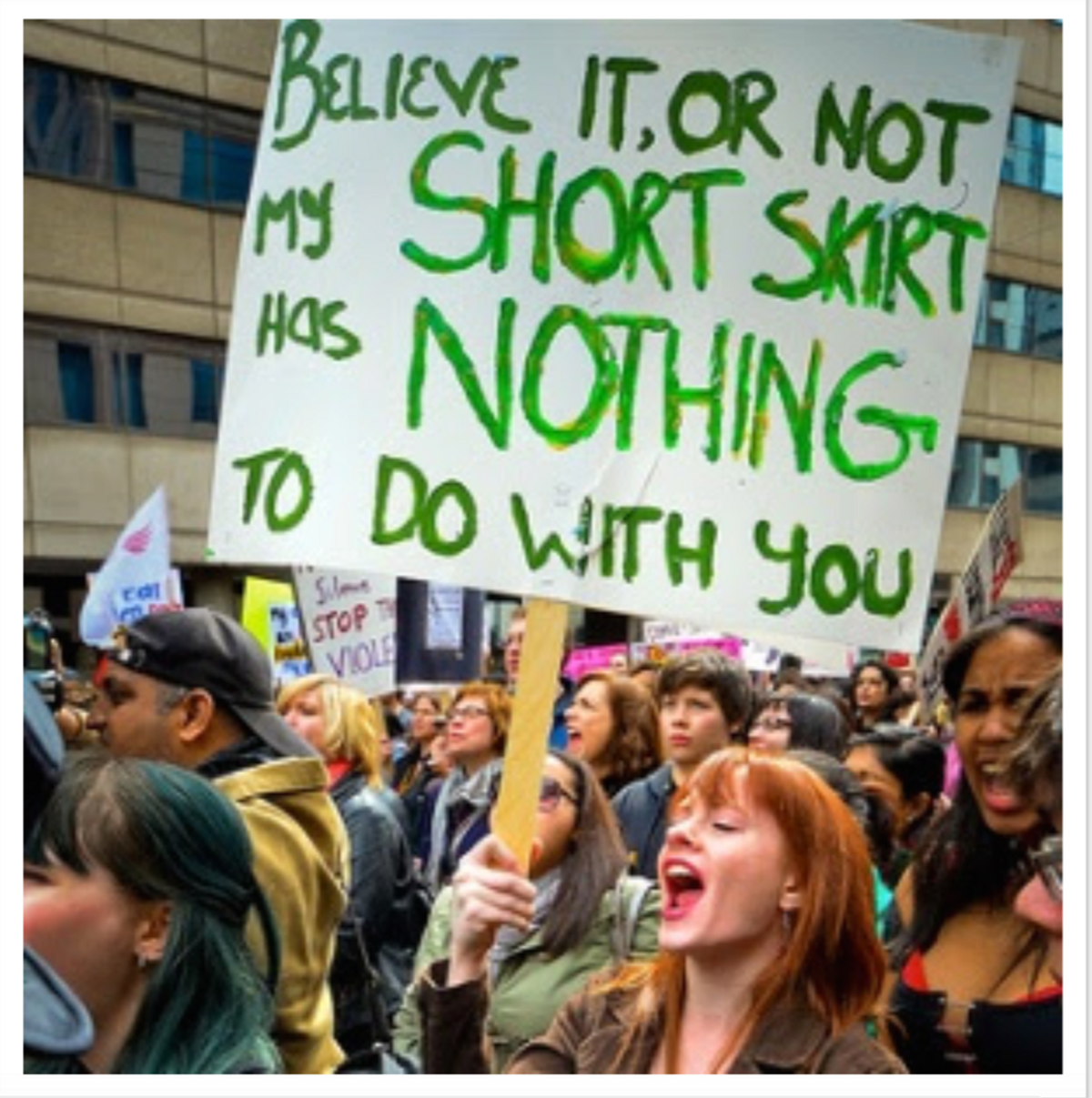 Today my shorts scared me. Fear was struck into me by a piece of clothing that was on my body.

These statements may sound odd, but hear me out. While climbing out of my car today, my shorts rode up a little bit and I immediately pulled them back down, to not show too much skin. As I was doing this, a thought came across my mind. Why was I so quick to cover up my body? I am not ashamed of my body. I have the same body parts as any other human being. What was I so afraid of?

Then another thought crossed my mind and my question was answered. I was afraid. Afraid of being judged, afraid of attracting unwanted attention, and afraid of what could happen if a man who believed he was entitled to my body saw me and decided he wanted me.

It's no secret that sexual assault and rape are all too prevalent in today's society. Thankfully, people are beginning to realize that rape is never the victim's fault, and the perpetrator is always responsible for their actions, no matter the situation. I wish my friends and I did not have to worry about the image we portray when we step out the door for a night out, but we do. We always have to be aware and vigilant, no matter what we are wearing or doing. Too many people I love and care about have already experienced sexual assault, and it has impacted them greatly. It needs to stop. Now.

Women and girls need to be able to feel safe walking outside, wearing what they want, and doing what they want. If you are one of those people who asks a victim "Well, what were you wearing?", this article will have no impact you. You need to come to a deeper realization that unwanted sexual contact or assault is never ok, no matter what clothing the victim is wearing. The fact that I was actually scared by the simple action of my shorts going a little too far up my butt shows how screwed up this world really is. When my shorts rode up, I was not exposing any part of my body that a swimsuit wouldn't be showing. It's not like I was naked in the middle of the street, and even if I were, I was still not asking to be sexually assaulted or raped.

I will agree with the people who think that my butt hanging out of my shorts in public is slightly inappropriate, but hey, if that is the way I choose to dress, who are you to judge? My experience today has enlightened me to the judgemental tendencies we can have towards the outward appearance of others, and how it fuels rape culture and the idea that women are "asking for it" if they dress a certain way.

Another thought that I had was the idea of ridiculous dress codes being enforced in schools. I support the idea of short lengths and skirt lengths to try and preserve the innocence of younger children and to encourage them to make appropriate clothing choices. What I do not support is the dress codes that enforce shirt collars above the collar bone, no shoulders showing or a certain width of tank top straps. These schools are taking body parts that are not normally seen as sexual, and making giving them sexual connotation. This act is only teaching boys that it is the girl's responsibility to not arouse or distract the opposite sex.

If we are going to teach girls that they need to cover up to be safe, then we also need to teach boys to control themselves and respect the opposite sex, just as they would want to be respected.

Caitlin Marie Grimes
University of South Florida
10500
Beyond The States