To the Students of Stoneman Douglas High School
Odyssey

To the Students of Stoneman Douglas High School

Your generation is listening, even if it seems like no one else is. 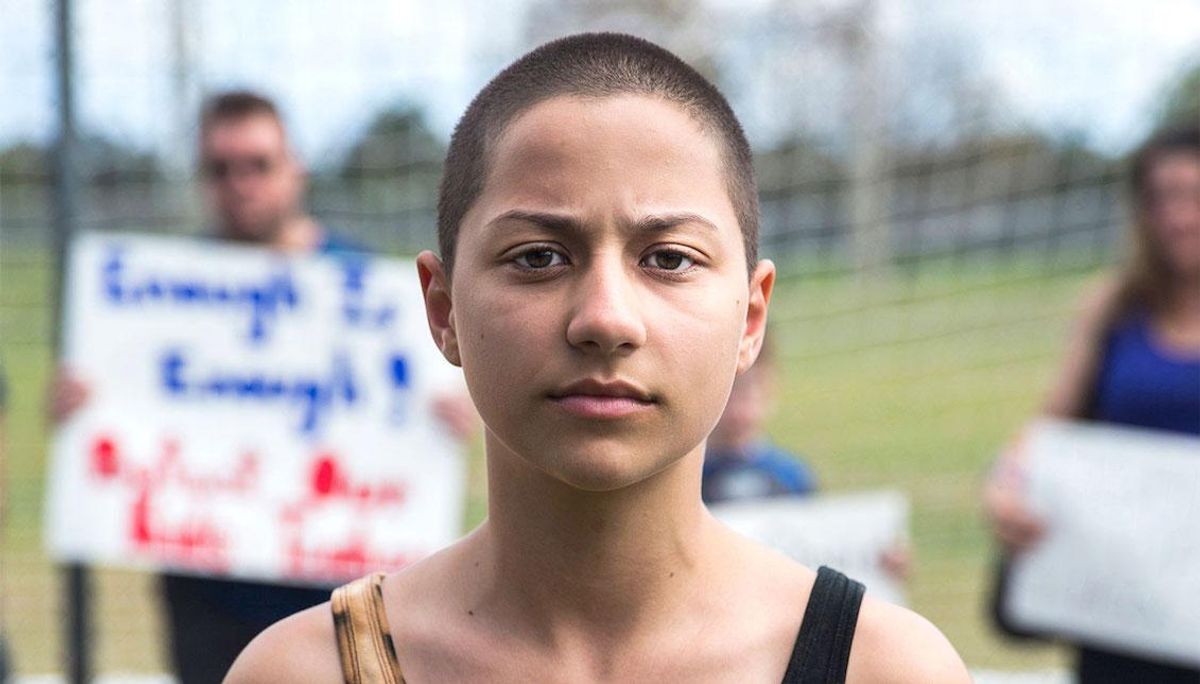 Some people are a little less human than others.

They have four limbs, a beating heart and a brain in their bodies, but something is missing.

They lack compassion, empathy, maybe even a substantial sense of morals.

Whether you believe that the seventeen deaths at Marjory Stoneman Douglas High School on February 14th were the fault of the gun that killed them or the individual that pulled the trigger is beside the point. The fact of the matter is that seventeen young individuals from Parkland, Florida will never get the chance to go to college, travel the world, get a job or start a family. Their lives came to an end far before they even knew who they were, and my heart breaks for those they left behind.

Until this past week, I did not follow a Stoneman Douglas student on Twitter, nor did I follow an American or Florida state legislator. But one group has been repeatedly popping up in my feed. One of those two groups has gone viral. And it isn't the legislators.

Some people are a little less human than others, and those people have been making headlines far too often, for all the wrong reasons. They shouldn't be allowed to take the life of another person or numerous people simply because they are unhappy or unstable in their own lives, but it's happening over and over again. We are less than 60 days into 2018 and eighteen acts of mass violence have been reported.

It seems as though our country has been plagued by acts of such violence for the past several decades, and as a young adult who has grown up in an age where the media is reporting every gory statistic and detail, it's hard to believe that we'll ever come to a resolution to cure this epidemic. However, I have faith in this country. But it isn't because of anyone sitting in Washington D.C. right now.

It's because of people like Emma Gonzalez. People like Sarah Chadwick. Lyliah Taylor. Connor Dietrich. Look them up. Study their comments and posts. They are conducting themselves in a way in which they are calmly, but forcefully, demanding the attention of a nation. Some people may be less than human, but these humans, and their friends, are stepping up. They have endured an unspeakable horror in Parkland, showing up to another presumably normal day of school and then not knowing if they would walk out of the building alive. No student should be afraid to get an education. No student should be anxious about bullets or bombs while in math class or seeking out the quickest exit routes just in case an issue should arise during lunch. And yet this seems to be the point we are at as a society.

Miss Gonzalez and her peers won't stand for feelings of constant fear terrorizing students much longer though. Some of them may not even be old enough to get their driver's licenses, and yet here they are, starting an uproar on online and gearing up to start a political revolution with their best asset: their voices. I have never been prouder of my generation.

In light of recent events, people from all over are posting and sharing their opinions on gun rights and gun violence in our country, as well as addressing mental health issues. While every opinion deserves respect, there is no one that we should regard as more important in the conversation than the students of Stoneman Douglas High School. Despite having to overcome a trauma that no child or young adult should have to face, they are speaking up in a way in which all of us will be forced to stop and listen. They are doing everything in their power to ignite a change so that no student will be forced to cower under a desk, holding their breath and hoping for another tomorrow.

Right now, these students have decided not to rely on the legislators elected to safeguard their rights and interests, but instead to force their hand and to push them to rethink and reform current legislation. They are serving as their own advocates.

Several days after the shooting, these students had to bury their teachers and best friends. They did so with courage. A few days after that, busloads of students made their way to Tallahassee to position themselves right in front of legislators and demand significant change. Again, they did so with courage, and now they're determined. They aren't stopping until they get what they want. It's simply what they deserve, and what every student in America and around the world deserves: the right to education without fear.

So thank you, Emma, for being the voice of a generation. Thank you, Sarah, for starting a conversation. Some people truly lack the very essence of what makes us human, reflected in the way they act and the harm they cause others. But that doesn't mean that these people should have the ability, the resources or the means to deprive anyone of their safety or basic rights.

Some people are a little less human than others.

But the others are speaking up, and we should all be listening.