To The Headstrong Girls That Don’t Always Feel So Strong…

"She wore her scars as her best attire. A stunning dress made of hellfire" 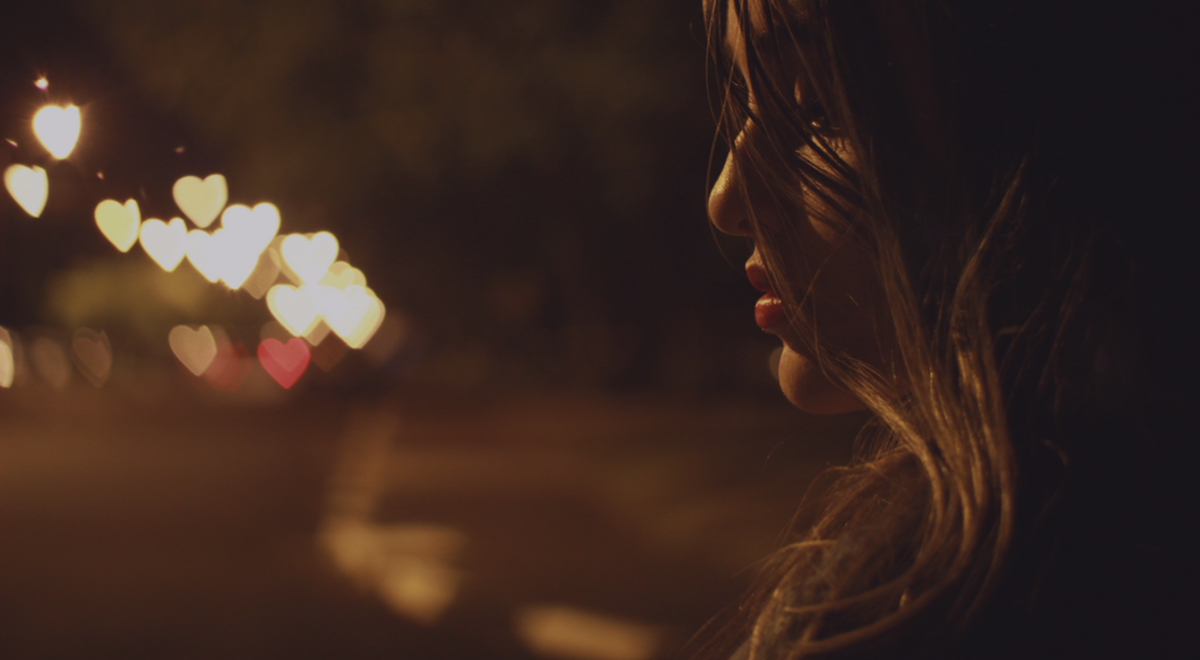 To the headstrong girls that don’t always feel so strong…

You are SO not alone.

Often times, girls with strong personalities get mistaken as being a hard shell that never cracks. You are fearless of everything and anything and cry as often as a solar eclipse occurs. It sounds great and all, until everything turns 180 and issues you never thought would arise, do.

If you’re at that point in your life where your hourglass of strength feels like it’s running out, you need to give yourself a second to truly understand what’s going wrong, in order to gain your strength back. You will never fully lose your strength, you just need a reminder of how to handle your strong persona.

A girl that is headstrong has a certain type of confidence that can either inspire others to feel the same way or unintentionally intimidate them. Just because you can hold your own, doesn't mean that you are snobby or self-absorbed. You really just care a lot about loyalty and surrounding yourself with strong and confident people. People may see you as harsh when really you just can't stand hearing others put themselves down. The truth is, you really want what's best for those you care for. Only few people will truly understand you and those are the few that are worth keeping around. Quality is better than quantity in this sense, no doubt.

To be honest, even though you’re usually pretty secure with this subject, it can be the one that has the potential to crack that tough exterior of yours. Your friends may usually come running to you for advice about problems you deem easy to solve, but when an issue pertains to you, that problem reaches a whole new level of complicated. Guys can be hard to deal with when you're not feeling so strong. You tend to let your guard down a little too much until something reminds you of the reason you put it up in the first place.

So, get rid of Mr. Mixed Signals and get yourself a man that devotes his time and effort to you. If he’s the right guy, he’ll come get you and if he doesn't want to, that’s his loss. You shouldn't be settling for “almosts” and “maybes”, but rather only accepting definites. You don't want someone who "feels so lucky" to have you, rather someone who is just as confident and knows they deserve you.

What you don’t want to do is sit around. You may feel unsure and need to take things slow to figure it out, and that’s okay. But remember to not take things so slow that you allow someone to drag you along. If someone is unsure about you, it makes you unsure about them and makes you doubt what you originally believed you wanted. It’s not smart to start something with someone if you don’t feel certain, and you cannot allow yourself to sit around wondering if something is or will ever happen with him.

Not having the answers to your own problems is not something you’re used to and when it comes to the pressure of love and relationships, an unknown anxiety can kick in. It’s extremely agonizing for you to feel so much confusion within yourself. You are your own worst enemy with your thoughts and feelings. But, when in doubt, don’t do anything. You need to figure out what you want before you figure out who you want. Just don’t forget to keep your guard up in the process.

A girl who is headstrong would rather lock themselves in a room for a month than experience the feeling of vulnerability.

Sometimes it's important to allow yourself to feel vulnerable in order to realize how strong and capable you are. Girls like you will rarely tell people your problems. First, because you know people don't actually care and unfortunately just like to hear what's going on in other people's lives. And second, that puts you in a vulnerable spot, and there's no way you're letting that happen.

4. You handle things in extremes

A guy screws you over? You cut him off. Your “friend” is not so much of a friend to you? You cut them off. Many people live by the saying “life is full of second chances” but you have been through too many of those to roll with that concept any longer. You'd rather cut something or someone completely out of your life instead of risking the chance of getting hurt. You not only handle your relationships in extremes, but your feelings as well.

Daily things can annoy you but you’ll still always keep your composure. It’s the moments that unleash every feeling and issue you’ve suppressed that detrimentally break you. These are part of your nature because you’re usually too busy or too scared to deal with your own problems, so you habitually tuck them away until everything explodes. Don’t feel abnormal when this occurs because it happens to everyone, but you have to get comfortable with facing problems or nothing will internally get better for you.

Making big decisions is the worst for you. You avoid them at all costs because you’re afraid that you’ll make the wrong choice. You have to remember to trust your instincts and believe that everything will work out the way it should in the end.

6. Your desire for strength can be your biggest weakness

You would rather have others see strength than any form of weakness. This is why it’s easier for you to help others and to keep yourself and anyone else distracted from your own pain and issues. The only problem with this is that you get too caught up in being there for everyone else, that you forget to be there for yourself, until your body mentally, physically, and emotionally reminds you to be. Feeling strong and secure is your nature and that is perfectly okay. But if you shadow your issues with fake happiness, it will only catch up to you and cause more hurting than healing for yourself.

Do yourself a favor and take the pressure off. Just for a moment. Forget about the doubts you have and truly give yourself the chance to reflect on every issue, every painful feeling, and every decision you were able to overcome. You are strong. You always have been and will continue to be. Times like this may cause you to have a million doubts, but it’s only you that can allow these times to last.