To The Girl Trying To Lose Weight In College
Odyssey
CurrentlySwoonLifestyleHealth & WellnessStudent LifeContent InspirationEntertainmentPolitics and ActivismSportsAdulting
About usAdvertiseTermsPrivacyDMCAContact us
® 2023 ODYSSEY
Welcome back
Sign in to comment to your favorite stories, participate in your community and interact with your friends
or
LOG IN WITH FACEBOOK
No account? Create one
Start writing a post
popular

To The Girl Trying To Lose Weight In College

"It's not easy, but there’s no feeling quite like realizing you need to buy jeans a size down." 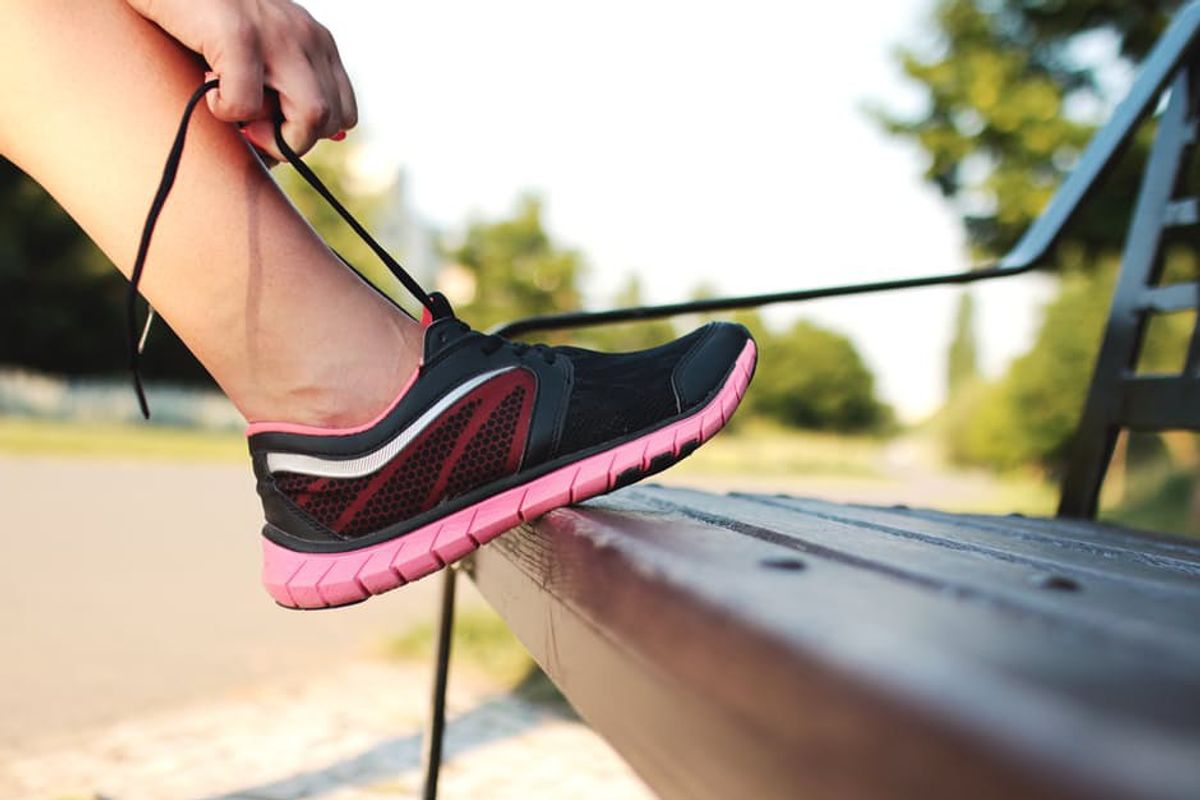 To the girl trying to lose weight in college:

Congratulations! You have chosen the worst time in your life to embark on the tumultuous journey that is weight loss.

I'm sure you anticipated that going to college and having access to a gym and the freedom to plan your own meals would make achieving your fitness goals a breeze. In reality, the combination of an endless stream of alcohol, a concerning amount of free pizza, and studying-induced fatigue rendering any thought of exercise laughable all come together in a perfect storm. On top of that, your twenties segue you into a chapter of life where your hormones and metabolism morph. Get used to it. You're a woman. This ride has just begun. While the acne clusters aren't eighth-grade awful, they still make regular appearances at the worst times, and your arms developed a certain fleshiness that closely resembles curdled sour cream. Wow, you're probably thinking. This girl is a mess.

It's not just that I'm a mess (I am), it's that I've been in your unused running shoes for way too long.

The truth is, it wasn't just in my twenties that I began to have fleshy arms and acne. No, I have been overweight my entire life. If you know me, and are a terrible friend that lies to me about my appearance to salvage what little is left of my pride, you're probably thinking, She's not overweight. Well, I am. I have been my entire life. It's a fact I came to terms with a long time ago and it doesn't need any more cushioning than my ample assets already provide.

I was a fat kid. It wasn't puppyfat or chub or anything endearing like that. I ate poorly (behind my dear parents' backs, who flooded my diet with vegetables and lean proteins) and moved minimally, on top of a genetically predisposed metabolism on par with a Russian tortoise and the big bones of a Slavic weightlifter. I went to doctors and nutritionists and dieticians to try and help figure out some way to combat my weight. When puberty came along, some of that weight redistributed itself to areas of my figure where, I'd discover later in life, a little extra padding went a long way in certain outfits. But I still felt weighed down by the pounds I couldn't shake.

High school, AKA hell without an advanced degree, heightened my awareness of body image and I began running and swimming competitively (not well, but it was exercise). I explored my own avenues of healthy eating and ended up slimming down before I went to college. I entered my freshman year in the best shape of my life — not exactly ready to don my angels' wings and strut the runway anytime soon — but I felt confident and ready to take on the next four years. I quickly realized, however, that the typical college lifestyle isn't exactly conducive with achieving any grand fitness goals.

Alcohol is swimming with bad carbs and calories, even if it doesn't feel like anything that tastes like lighter fluid should have calories. Then there are the foods you gorge on while intoxicated — quesadillas, chicken tenders, cheese fries, to name a few — that are rich in salt and fats, and while you might not remember going to In-N-Out at midnight, the scale does. Even sober, that “all-natural, healthy" energy bar you eat to fuel you through the morning is laden with sugar, no better than if you ate an actual Snickers before your 9:00 a.m. class. Even salads can trap you with hidden dangers — a salad loses its “healthy" moniker when you load it up with cheese and a cream-based dressing, on top of an iceberg lettuce base. College is, realistically, the worst time to try and lose weight. You aren't going to want to hop on the elliptical the morning after you've stayed up until 4:00 a.m. either in the library or at that Pike party.

You're probably wondering why I, a self-proclaimed fat girl, am offering you any type of nutritional advice. Let my life be a warning to you. It's not only because I've seen close to 10 different doctors in my lifetime who aimed to offer dietary help, but because I'm trying. My junior year has brought a new tide of effort to lose weight because I realized in a year and a half I will make my grand debut into the real world and I need to have a semblance of how to independently live a healthy lifestyle. Since coming back from study abroad (where I undid any half-hearted progress I had made in the first two years of my college career), I have stopped eating dairy, red meat, refined sugars, and countless other delicious ingredients of life. And let me tell you, it is not easy, but there's no feeling quite like realizing you need to buy jeans a size down.

Obviously, I cheat. I am not ordering a kale salad with a pint. I won't beat myself up for eating a cookie. As Erma Bombeck once said, think of all the women on the Titanic who passed on dessert. I won't kick myself for missing a day at the gym, I'll just kick a little harder the next day when I work out. It's progress, not perfection. The way to lose the pounds is to shed the burden of feeling like the fat girl, and I do that by taking positive action, by loving myself, and by forgiving myself when I don't meet the mark. Nobody meets the mark. And that might be the heaviest weight we all carry.

I know how hard it is to just try and lose weight in college, let alone do it. If you're a girl trying to lose weight in college, the fact that you are even trying is worth praise. It takes a certain type of person, at 20 years old, to admit that they want to change. Just the idea of cutting cheese out of my diet was scary, let alone wearing sweat-wicking spandex while doing crunches in front of other people, but something inside me told me that I needed to change. And when I finally did, it wasn't just my love handles that started shrinking. It was the self-loathing that I didn't even know what was there that shrunk away, too. As trite as it sounds, when I learned to love black coffee over a caramel macchiato, I learned to love myself.

Losing weight, or even trying to, isn't about wearing your Victoria's Secret angel wings for some guy. It's about being the best you that you can be. The end result is going to take a long time to achieve, but you gain character and strength when you lose the weight. It's a beautiful paradox. But it's not easy, and it's not fast, either. One week you might lose five pounds and the next week, gain three. Whatever the case, don't lose hope. Every time I get on the treadmill, sweaty and panting and bouncing in places where you don't want to bounce, I tell myself that though I go slow, I'm lapping everybody on the couch. And that's enough to keep me moving.

The girl who just wore a hole in her Asics

health wellness
Report this Content
This article has not been reviewed by Odyssey HQ and solely reflects the ideas and opinions of the creator.