To The College Professor Who Shamed Me
Odyssey
CurrentlySwoonLifestyleHealth & WellnessStudent LifeContent InspirationEntertainmentPolitics and ActivismSportsAdulting
About usAdvertiseTermsPrivacyDMCAContact us
® 2023 ODYSSEY
Welcome back
Sign in to comment to your favorite stories, participate in your community and interact with your friends
or
LOG IN WITH FACEBOOK
No account? Create one
Start writing a post
Student Life

To The College Professor Who Shamed Me

You are what a teacher should never be. 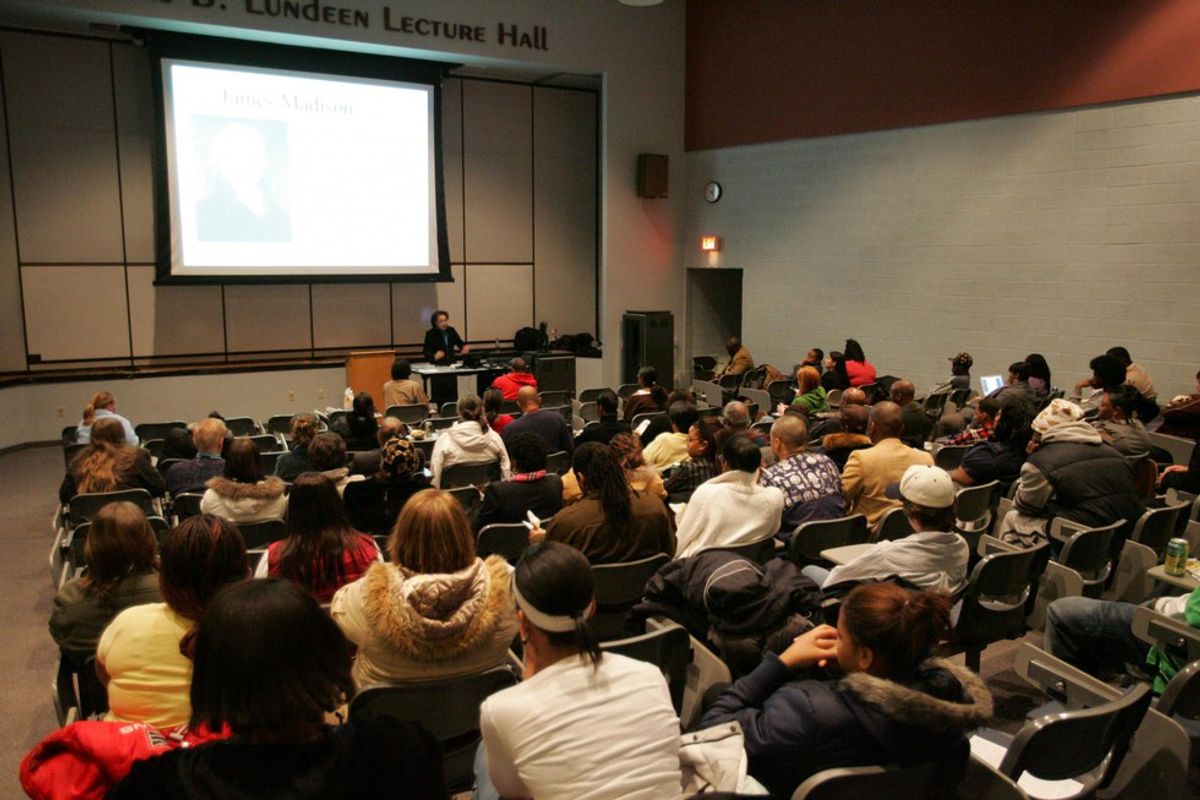 That day was horrible, but maybe not for you. I think it was entertaining for you to belittle me in front of the entire class. It was funny to you that you brought me down so low. I remember that you laughed when I started to shake up there in front of the projector. Doing a presentation was already terrifying for me, but what you did was the icing on the cake. I was humiliated, to say the least.

I took your class to start down the road to my dreams. I didn't think it would be that bad, considering most of my professors that I had in the past were nice, cooperative, and helpful. No, not you. How dare I get my hopes up! The moment I met you, you sent out a bad vibe. You had two sides: a mean, angry side, and a somewhat friendly side that had a little twist of sarcasm. Either way, us students would never win, and you would always get your way.

I was jealous of the other people with better professors, taking the same course as me. Every day, I wished I was in one of those classes and actually enjoying it. I absolutely dreaded going to your class, because I was so scared of what you'd say to me or to my other classmates to make them feel small and inferior. I'm sure I'm not the only one who feels that way towards you. Ask anyone.

The beginning of the semester started off fine, hitting some choppy parts with the amount of work that was given by you. I was totally able to handle that; work was no problem for me, as long as I got it done and I tried my best. But then it all started to get a little rocky as each class passed. You turned more sour, and laid it out on us, which was very unnecessary.

I will never forget the comments that came out of your mouth. You told us that we were going to fail as adults. Apparently, we were not dedicated enough for chasing our dreams. We were careless and we weren't going to succeed in anything at all. I tried not to take those comments to heart. I believed that you didn't mean it. Who would say that to their students?

It turns out that you really meant what you said. You literally wanted nothing to do with us. But those general things will never compare to what you said to me directly in front of the class. Again, I'm sure I'm not the only one who felt that way. Ask anyone.

I went on vacation. There was a group project assigned, and I did my part while I was supposed to be relaxing. I was responsible; school still came first, and I made sure that I did everything correctly. I didn't want to let my group down. Long story short: when I came back, you were so excited to bring me down. Oh my goodness, a chance to drown the quiet girl's self-esteem.

I already had a problem with public speaking as it was, but you told me to get over it. Glossophobia is too legit to mess with. You can't get over a FEAR, but that is beside the point. I was already scared to go up and present our project. I walked up, not confident at all, hands sweating and legs twitching. My face was red, my head hurt, and my heart was racing. I needed to do it. So I did, to the best of my ability.

It wasn't satisfying to you that I read the information I provided from the PowerPoint slide first. But little did you know, I had extra notes and knowledge stored in my mind, already prepared to be spoken. However, you stopped me in my tracks, and you made it clear that I would not continue.

You shouldn't have jumped to conclusions so quickly.

The words. Those words you spat out to me really threw me off. It was the last straw. And for a moment, I did not want to go on with my career program. I thought that I was done for. I understand that you must receive criticism to improve. Of course, you need to be criticized in order to learn your lessons. But you insulted ME, not what I did wrong. You offered no help; you basically told me that I would suck at my job. And this continued for 20 minutes. You didn't stop. I was starting to see red, and I couldn't control the tears. All eyes were on me, but they were sorry eyes.

I really wanted to walk out. But I knew my worth. I was better than that.

My fellow classmates had told me that they were sorry that it had happened to me. You overreacted and you were such a horrible person. I don't hate anything or anyone, because hate is such a strong feeling. There are worse things. Life went on, but I was just scared to come to class from that point on. I knew that I was so much better than your bruised ego, so that was my motivation to grin and bear it. Who would belittle a student? You must be out of your right mind to think that you could get away with that as an educator. You chose the wrong profession, which actually encouraged me to keep on walking down the path to my own dream. I will be a better teacher.

You are what a teacher should never be.

Instead of shaming me, you should be shaming yourself. You thought that this actually crushed me, and it was funny to you. I remember you chuckling, because I was crying. It stung, but I put it to rest immediately. No educator should ever do this to his/her student(s). Like I mentioned before, criticism is permitted always in a classroom; but not to the extent of personal insult. That's just crazy.

I love my major and future too much to let go of it because of one stupid incident. I will keep going. I got back up and dusted off.

How do you feel?

Thank you for this, because I learned a very valuable lesson for my own good. It might have been entertainment for you, but it was knowledgable for me.

Nicole Marie Nigro
Individual Creator
1755
c1.staticflickr.com
Where to start...... Let me start with the cliche that life throws us curveballs and what we do with it is what counts.