I Am Tired Of Entitlement
Odyssey

I Am Tired Of Entitlement

The entitlement of men and a culture that caters this indoctrinated privilege. 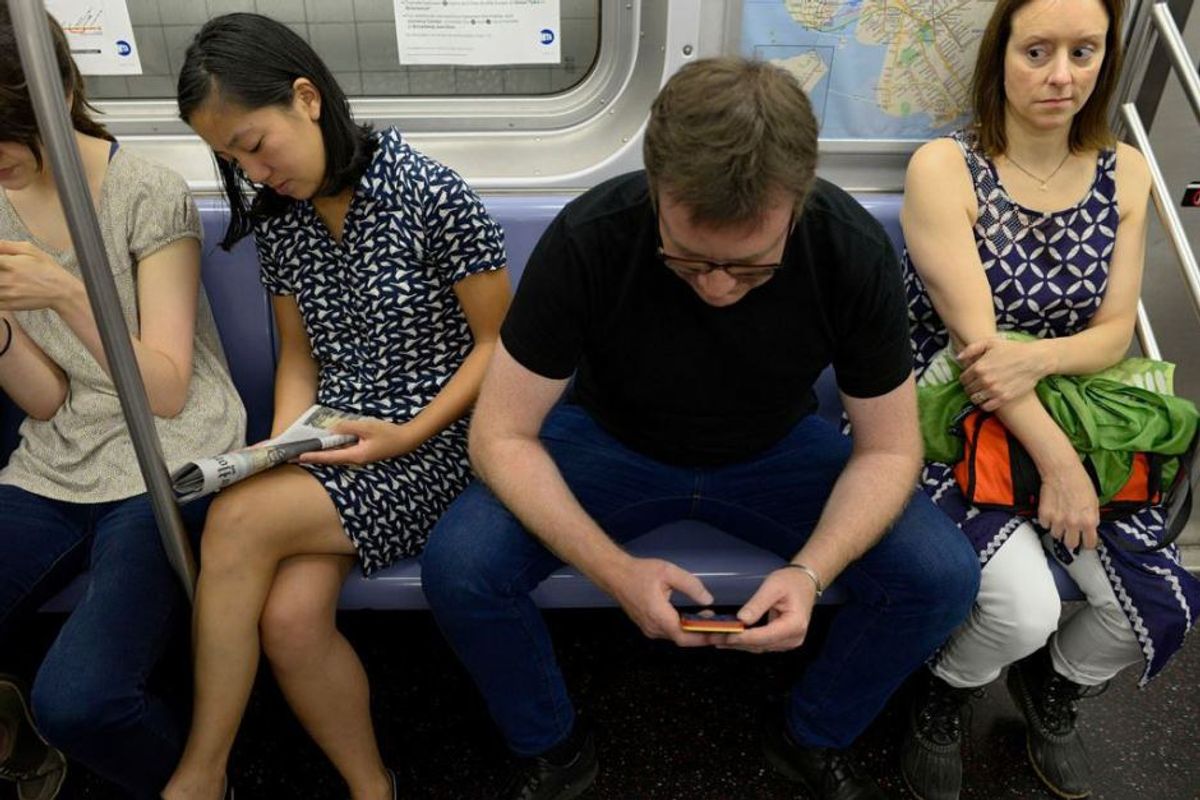 I write this today after a man tried walking his bike across a busy street in an intersection. He was not in a crosswalk. I nonetheless stopped and let him finish his crossing, yet he still muttered and yelled at me, calling me a b*tch. He believed he was entitled to cross that street even without right of way, and that even though I stopped for him, I was wrong for threatening his masculinity (with my right of way) and as a result he felt the need to degrade my femininity and my humanity.

This is not simply about a traffic encounter. This is something more.

I am reminded of the time I was 14 and walking into a grocery store after coming from the beach. A man walked past me, and as he did, he groped my thigh. Whenever a man walks past me now, I instinctively stick out my arm in preparation to deflect.

What made both of these men think they could do this?

I am sick of how entitled people, and in my experience, many men think they are. And I wonder how, as a society, we have grown to cater to this entitlement. Why did that man think he was entitled to the whole street? Why did that other man think he had the right to touch me? This subtle entitlement is embedded in our culture and leads to more severe consequences other than a concurrence at an intersection, as illustrated by groping in public. When events like this occur and are somehow deemed okay due to a lack of consequence, this escalates to rape, when men think they are entitled to another person's body.

Does this entitlement begin as a baby, when a child first demands for something they receive? Or does it begin during the formative years when boys are subtly taught that women are their property? When women are reduced to sexual objects through the media and dress codes? Or when men are granted the majority of power through authoritative positions, and declare that women can be entitled to men?

I am tired of the “boys will be boys” and “not all men” retort. Yes, I am sure you are the righteous, holy man you are claiming to be. But by rejecting my statement of the treatment by members of your gender, you are ignoring my claims. You are ignoring a culture which caters to your entitlement and the subjugation of women.

Well, sure. Congrats on never raping a woman! Glad to know you think you deserve a medal for this “accomplishment” you believe is worthy of praise. Meanwhile, I doubt you have not contributed to rape culture, and I bet you don’t think you have. And this is part of a larger issue.

While you live your fine and dandy life feeling happy for being a great man, women are still living in fear of sexual assault and rape, going as far as altering daily routines to avoid the sexual entitlement of men.

Girls are raised to believe they will become sexual beings, and it is up to them to hide and to value virginity. The “overprotective father” is overbearing to his daughter and threatens the boys she dates, yet doesn’t teach his son to be the man he would want dating his sister. A double standard exists when girls and boys become sexually active: boys are exalted, while girls are degraded and devalued.

I am sure you or other men around you have tried belittling a woman’s worth by calling her a b*tch, slut, whore, and other degrading names. Sure, maybe a woman has called you a dick or a bastard, but those words don’t sting anything other than your heightened masculinity, because you are not having to constantly prove your worth.

As a society, we hide our girls in fear of male predators, rather than trying to raise our sons to not grow up to be predators; we teach girls to avoid rape, rather than raise our boys not to be rapists. This band-aid treatment results in women being punished for simply being women.

Women are also viewed as objects or beings in existence to satisfy male sexuality. Women are attacked or criticized for “friendzoning” men, catcalled and groped in streets, and told they were “asking for it” based on their choice of clothing.

How more clear is this culture than with the Brock Turner rape case, in which he, his family, and his supporters believes he was so deserving of his privilege that he was entitled to little to no jail time for rape. Turner, his family, and his lawyer seemed to convince the judge of this, as Judge Persky declared that prison would have a “severe impact” on Turner, granting him only a 6 month sentence.

Turner is defended by his life and accomplishments, which are used to justify his “20 minutes of action.” Meanwhile, Turner’s victim is blamed for going to that party and getting drunk, and how her life will be impacted from the rape is ignored.

Why would a rapist think they deserve better treatment? Why was Turner granted this special treatment? Why did Turner believe he was entitled to an unconscious woman’s body? Yes, they were both intoxicated -- but the difference here is that the victim didn’t strip Turner of his clothes and violate him.

This system which caters to the entitlement of men leads to institutional misogyny, where men who hold the power get to decide what women can and can’t do with their bodies, and whether or not it was her fault if she was sexually assaulted. This results in only 36% of rapes being reported, and of that slim portion, many are not taken seriously or handled properly.

Do not justify a boy’s wrongdoing with “boys will be boys”. Do not give me the “not all men” excuse. Give me understanding and change. Nothing is going to change unless men own up and start challenging each other. Give your mother, aunts, sisters, and daughters this right. Not just because they are your mothers, aunts, sisters and daughters, but because they are human.
Report this Content
This article has not been reviewed by Odyssey HQ and solely reflects the ideas and opinions of the creator.