Some people just don't know how to college. 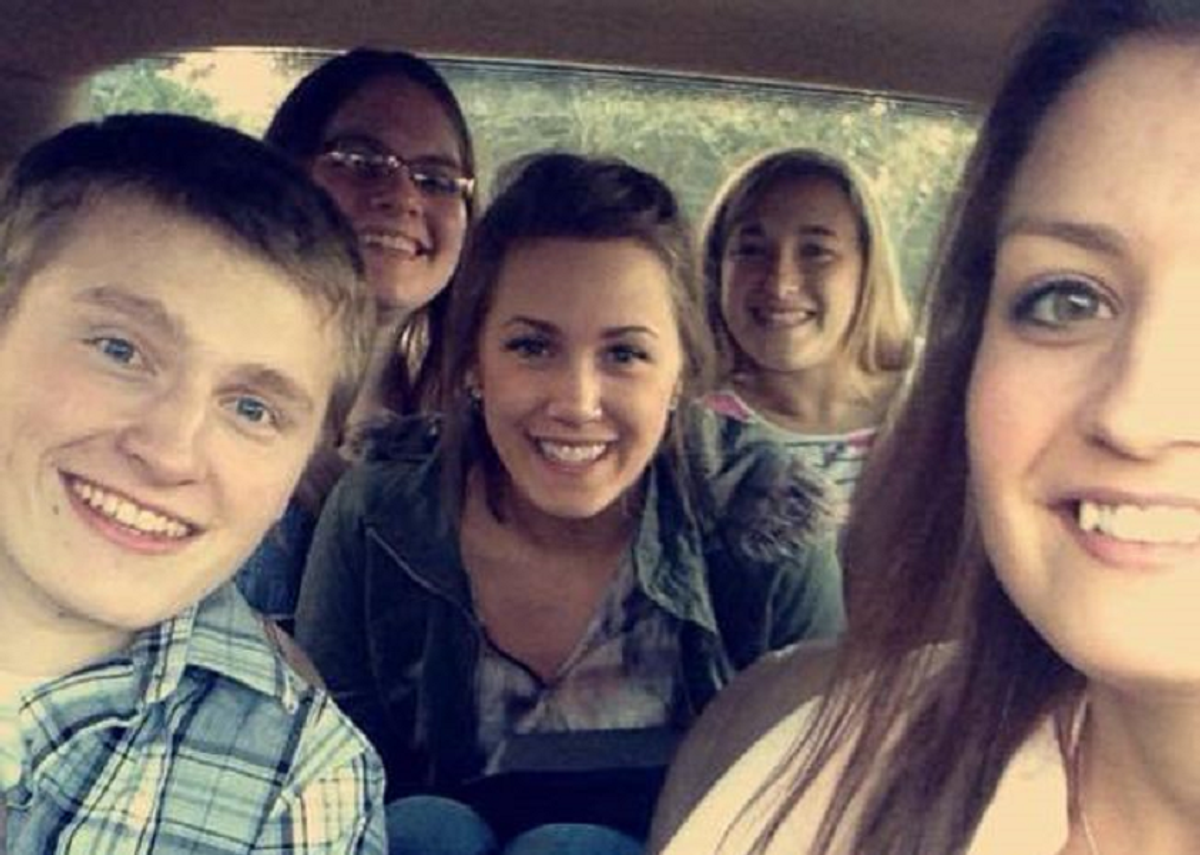 College cultures can often be unnecessarily complicated to students that are fresh off the boat from their high school graduation, especially when they're attending a small-scale university. Entering my fourth year in a college smaller than most school's libraries, I've seen loads of freshman (including myself) come in having no idea how to even act in front of fellow students. It's like watching a guy wait for his girlfriend to finish shopping at Victoria's Secret, and trust me, that can make any sane person go crazy. Since we're only about two weeks into the new semester, I thought it would be a good idea to share 10 things freshmen (or just college students in general) should know when attending a small university.

1. Nobody cares about what you did in high school.

Let's just get this one right out of the way... It may seem a bit harsh, but your accomplishments in high school mean jack squat to your college classmates. What's that, you were prom and homecoming queen?? Great, but I don't care! Simply put, your past feats don't define you in college (for better or worse), so you might want to keep those mundane high school sport stories to yourself.

I know you probably have that "High School Musical" song stuck in your head now, but stay with me. As much as some people will try to convince you how to dress/eat/act in public, there truly is no "right" way to do things in college. It's very common for certain cliques or circles to form in small universities, but �it's probably best to avoid those "Regina George wannabes" since wearing pink on Wednesdays isn't actually a thing.

I can personally guarantee you that nobody at your college has had the exact same experiences growing up as you did. Therefore, there's a strong chance that your views, opinions and lifestyle won't ever perfectly match up with someone else. What I'm trying to get at is that although you maybe didn't experience as much diversity in high school, it's imperative to accept and learn from others that you may consider "different" from yourself.

Whether it's talking to that girl in your Spanish class you find cute or joining a club that sounds interesting, be bold and take chances! Unless you're Pierce Hawthorne from the television show "Community," college isn't something you'll be able to do for your entire life, so why not make it compelling? By taking more risks, you'll meet more people, gain life-lasting experiences, and learn a little bit more about yourself.

Seriously, why do we always seem to spend so much time talking crap about other people behind their backs? Gossip is an unfortunate habit for most people, but now that you're in college, start training yourself to ease up on the trash talk. You will find a lot of people —especially in small schools — that apparently want to make "Gossip Girl" a reality TV show, but I implore you to not partake in any of it since the only thing it creates is tension and a whole lot of passive aggressive Facebook posts.

6. Haters aren't worth your time.

This relates directly to numbers two and five, but it's important to note that there will be some people that will simply not like you. Yeah, it sucks, but that's just the way of the world. If you're ever able to spot one of your antagonists during your college career, it's best to just ignore them. Like the gossipers, they're only there just to cause trouble, so don't even think about conforming just to please them.

7. Try actually talking to people once in a while.

For some people, this has never been a problem, but if you suffer from high levels of anxiety like me, this can often feel like an impossible task. If you have trouble talking to strangers, challenge yourself by simply saying "hello" to people in the halls. If you're in a small college, it's extremely likely that you'll be around every student twice or more in your four years, so don't be that person who wears headphones and keeps their head down wherever they go.

8. Be independent, but not alone.

In college, you're going to learn sooner or later that it's so, so important to make your own decisions. You can't be a follower your entire life, so it's better to start being independent now before you go off into the "real world". However, being independent doesn't mean your life can't have some supporting cast members. It's always important to have a strong group of friends that you can lean on during tough times, but when you start to realize that you're basing your life and schedule off someone else's, it's time to reevaluate yourself.

9. PLEASE walk on the right side of the hallway.

Okay, this is a bit of a personal pet peeve for me, but why do so many people have a problem doing this? People walking on the wrong side of the hallway is like a drunk driver not knowing which lane to drive in. If we all agree to walk on the right side of the hallway, students will easily get to class on time and there will no longer be those awkward situations where you run into people who don't know right from left. Seriously people, join me in the "Hallway Revolution" and stay on the right side!

10. For crying out loud, be yourself!

Aside from my rant on hallways, this is basically what this article has been leading up to. I'm sure your parents, teachers and coaches have always told you to "be yourself," but's something that people unfortunately struggle with on a regular basis due to low self-esteem. However, once you decide to reveal your true self behind the curtain, you'll soon realize that it's way easier to make friends and enjoy simple activities. Trying to act like someone else can be exhausting, and although I'm no psychology expert, I'm sure it's not good for your mental health.

If you are a freshman in a small college, remember that there are some really cool people who would love to get to know your true self. So make some new memories, be yourself, and for the love of Calypso, walk on the right side of the hallway!!!