Tinder from A Feminist Perspective

Tinder is a weird thing, but you can only get what you want if you're honest. 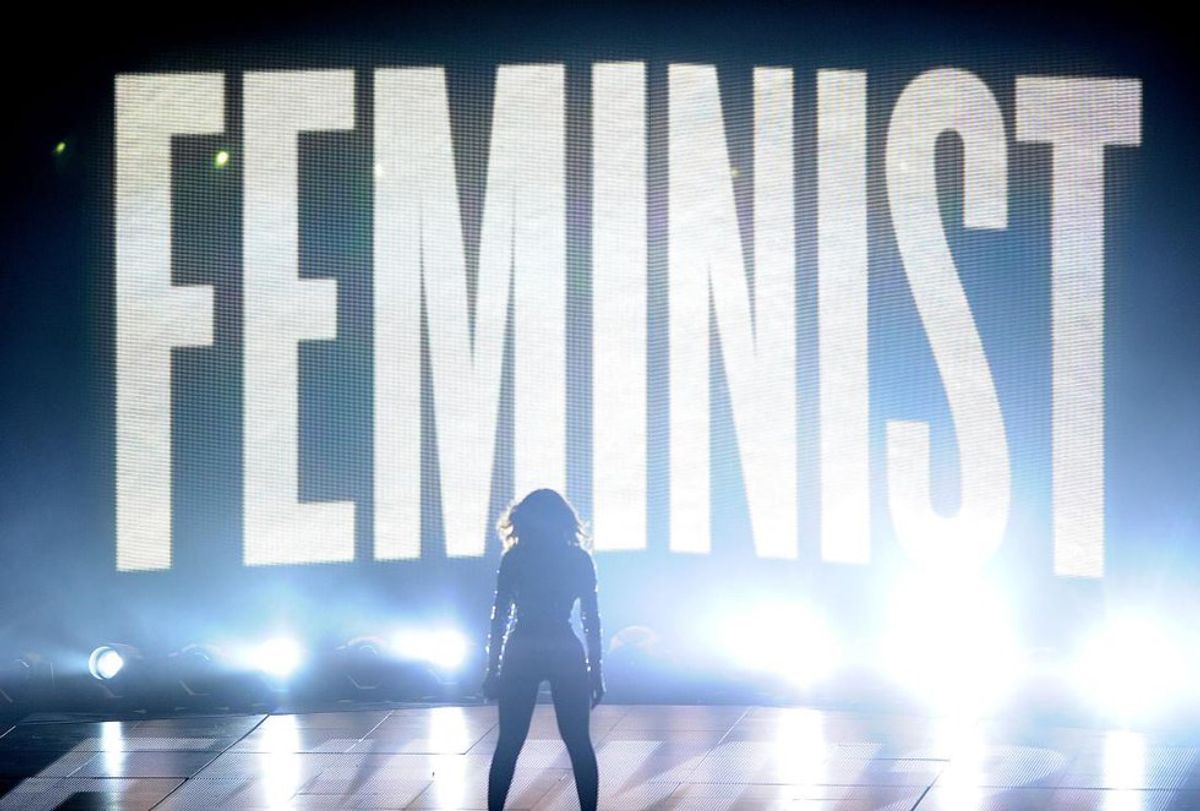 Dating is hard. Dating with a feminist perspective is harder.

In millennial dating, the app "Tinder" is the go to locale to meet new, single people. The app has become so prolific since its inception that it is basically akin to your LinkedIn profile.

Okay. Maybe not, but you’ll sure use Tinder a hell of a lot more often.

Once you create your profile, an algorithm sets up a list of people for you to “swipe” through based on your set parameters: age, gender, and distance away from you. People who match your criteria show up in cards that you can either swipe right – which indicates that you "like" them – or left – indicating a "nope."

There are also things called “super likes,” but, if we’re being honest with each other, I have absolutely no idea what they do or mean. I had a friend try to explain to me the diplomatic nature of the super like, and it involved advice such as “don’t use it on someone out of your league, but do make sure that you want to leave an impression on the person you use it on.”

I did not heed his advice. The only super like I ever used was on one of my closest friends from my hometown to let her know that I was back in the area.

If you swipe right on a person that has also swiped right on you, you become a "match" and have the opportunity to message each other. Not to worry, however! If you match with someone and they don’t pan out because of inappropriate messages, incomprehensible differences of opinion, or simple rudeness, you can unmatch them.

In that situation, as long as you have given them no other way of contacting you or your last name there’s a good chance you’ll never hear from them again. Despite its flaws, Tinder does make an attempt to make this app as anonymous as possible until the individual parties themselves decide to make more information known to their matches.

Of course, you don’t have to make your entire decision based on one picture of a person, their first name, and their age, all of which appear on their card. You also have the option to tap on their card to scroll through other pictures they’ve chosen to share, their bio, their common Facebook ‘likes,’ and their Instagram feed if they’ve connected it. Although you have the option to look at these other identifying criteria, many swipes are made because of this initial impression.

As a feminist, this is, to say the least, disturbing. I just wanted to tattoo “please swipe right based on my personality and not just because you’re going to tell me that you think red hair is sexy” across all visible skin and post it as my first picture.

However, many college towns revolve around hook-up culture, so I guess I should not have expected substance when approaching a dating app that is almost entirely fueled by gut reactions about how hot you think someone is.

If you decide that you would like to tinder for whatever reason, whether it be to hook-up, find a relationship, or just meet new people, make sure you follow this simple rule: be honest.

Tell everyone who shows interest in your profile exactly what you’re looking for. Do not worry about scaring the other person off, because if they are scared or disinterested by what you honestly want to get out of your conversations, they do not want the same thing, and you don’t want to waste your time with that nonsense.

Another helpful tip for Tindering is to set rules for yourself.

Another rule I had was that I wouldn’t swipe right on anyone who either didn’t have a bio, or had a bio consisting of entirely emojis or their snapchat name. That may not be other people’s thought processes, but I would like to know something about the person I am conversing with as a potential mate.

Determine what you want and stick to it. It doesn’t matter that she’s super physically attractive, if she violates all, or any, of your preexisting rules, it’s not going to work out.

Another important aspect of Tinder is safety. If you decide to meet up with someone, regardless of how long you’ve been talking to them or how well you think you know them, make sure that at least one other person knows your whereabouts and when to call if they haven’t heard from you.

When I went on my first Tinder date, I lost track of time. My date and I had been at the restaurant for four hours without realizing it until my roommate called me in a panic.

“Say ‘pineapple’ if you’re in a murder dungeon,” she had said, joking of course. But her concern made me realize that even though I had told her where the date would be, she had no idea when to expect me home or what to do if I didn’t show up. So even though it may take you running to the bathroom for a minute under false pretenses, let your confidant know that you’re safe. If you won’t be going back to your own home that night, make sure that you let your contact know. It is always better to be safe than sorry.

All of this being said, the biggest key is to not take yourself too seriously. Laugh at people with terrible bios. Take screenshots of the worst conversations you have to send to your friends before unmatching them.

Some of my favorite moments that I have encountered have been hilariously terrible.

I have run into no less than three men whose first picture was a photo of them standing, ass out, on a hiking trail. (This particular phenomenon concerns me for a few reasons, the biggest being WHO IN THE WORLD TOOK THAT PICTURE???)

One kid’s entire bio was “My name is Nick. Yours is not.” Which, while accurate, does not let me know much about the legendary “Nick” in terms of personality.

Make sure to maintain your personality across your pictures, bio, and conversation. That is the only way that you’ll get what you want out of Tinder.