Hooking up with a stranger will never help you get over heartbreak. 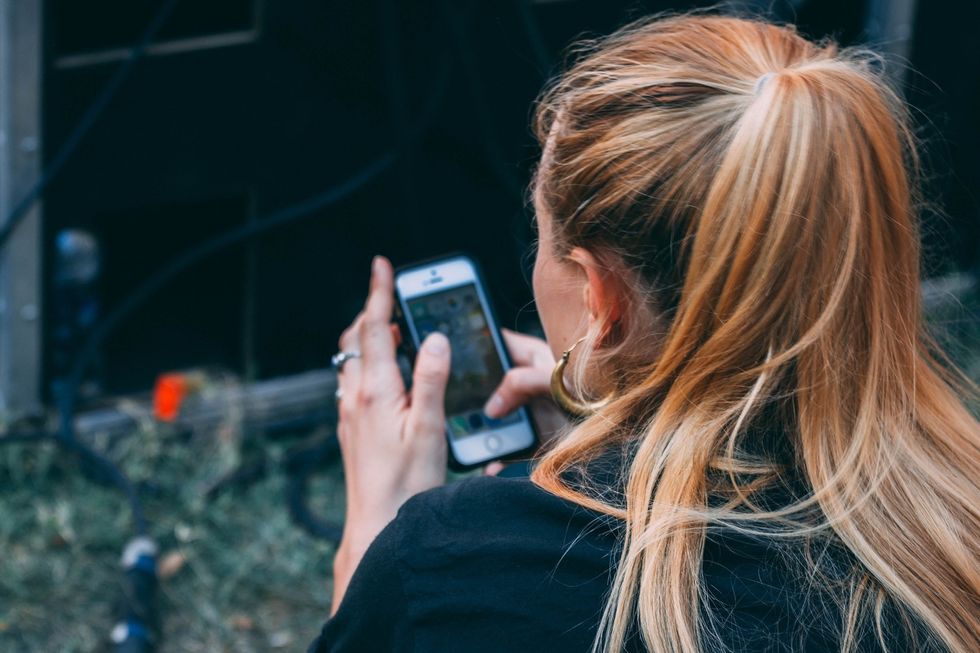 We've all heard at one point or another the classy old adage that goes: "To get over someone you have to get under someone else."

One of the first responses I received from a co-worker after I told them my three-year relationship had recently ended was "so when are you going to make a Tinder?" You can substitute Tinder for Bumble, eHarmony, OKCupid, whatever other site or app is poppin' these days (I'm a little behind on the current dating scene).

I was sort of appalled that she had suggested this so nonchalantly after I explained my situation. I was three weeks post-breakup, wounds still fresh and raw. We lived together for two years. And I was supposed to think about dating again? Like, dating complete strangers?

For a brief and terrifying instant that seemed straight out of a horror movie I pictured myself on my first Tinder date post-heartbreak: I'm waiting impatiently in a dimly lit cheap-ish Italian restaurant (not your first choice) waiting for a guy whose face I wasn't sure if I would recognize who is already 20 minutes late.

Once he arrives (he looks nothing like he does in his two pictures) he spends the date staring at his phone every couple of minutes and asking the waiter he recognizes from Eagle Scouts if he remembers him. I notice he isn't wearing deodorant when he reaches enthusiastically over the table for the salt without asking for it (it's within three inches of my left hand).

After they're done reminiscing he pays the bill (he rudely ignores my insistence on splitting it) he walks me to my car. He tells me he'll text me when he gets home with a twinge of "but I actually won't" in his tone. I speed away and halfheartedly spend the rest of the night refreshing my message inbox to no avail.

Personally, that's just not my style.

Casual hookups might be fun for some people, but they ultimately serve as cheap band-aids that fail to conceal (or heal) deep emotional turmoil and confusion.

When you break up with a long-term partner, you have to give yourself time to grieve them.

Not even just them, but the relationship as a whole. You must even grieve the illusion of them; all the expectations you had for your relationship, all the plans for the future. This illusion over time became your expected reality, and the death of that reality can be as severe and shocking as a physical death.

You have to feel the full sting of a break up in order to truly heal.

You must experience that deep pang of loneliness and anguish. You have to mourn the person, reflect on all you did together and what you didn't do that perhaps you should have. What you did right, what you did wrong and what issues you want to avoid in your future relationships.

Dating (even if it's strictly casual) before you have completed the grieving process is a recipe for disaster.

For starters, every date will remind you of your ex. You'll start comparing things about this new person to the things you used to love (or hate) about your previous partner. That horrifying first Tinder date I imagined earlier? Yeah, I would have been comparing him to my ex the entire time.

And is it really fair to agree on a date with someone new knowing that your heart and mind are still hung up on your past?

Imagine the next person you agree to meet from a dating app might have ended his or her previous relationship long ago. Maybe he or she is completely over it and is willing to give all he or she has to someone new and find someone to plan a future with.

If you're still thinking about your ex, whether it's because not enough time has passed or you just haven't allowed yourself to let go of a possibility of rekindling an old flame, you are holding this person back from finding someone with the same intentions for a serious relationship.

Ultimately, it is better to go through the process of getting through heartbreak without trying to lessen the blow.

Allowing yourself to feel the loneliness, the confusion and the pain of a breakup can lead to so many positive things down the line. You might learn you are much stronger than you ever had thought possible and that you are perfectly capable of being independent. You might discover new things about yourself during grieving that you never knew before.

And most importantly, going through a bad breakup with no rebounds will teach you to put yourself first. Maybe it will show you to fall in love with yourself before anyone else because one day, you're going to be the only one you've got.