32 Thoughts/Actions All Hungover College Girls Have And Do

"What time is it? Where's my phone? How the heck did I get home?" 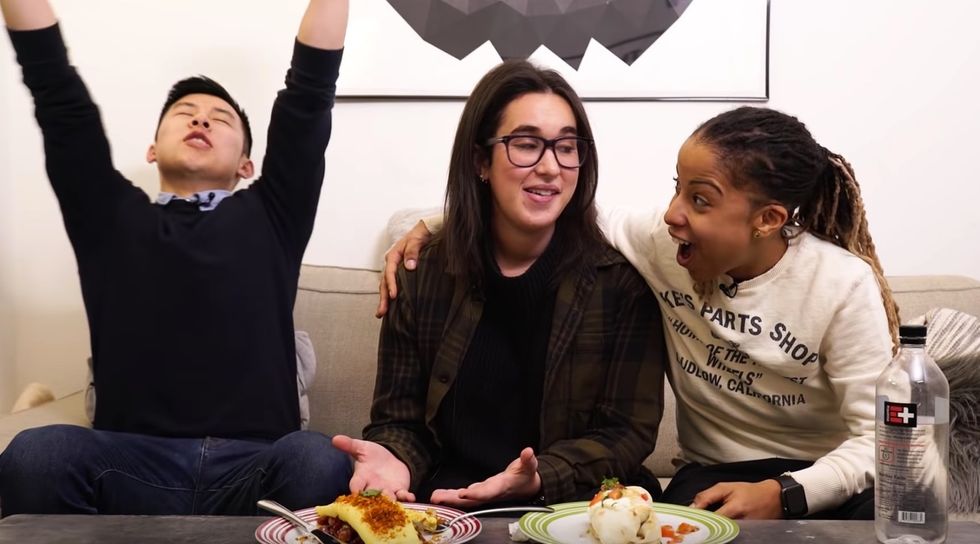 So, you went out last night and you had one too many drinks.

Sure, you promised yourself and your friends that you were only going to have "like two drinks" because you "have to be up early the next day."

That ~may~ have been your intention but you got to the party and there were free juice and beer, you started playing stack cup (a game you're REALLY not great at) which led to flip cup (also not your strongest suit), and you saw your ex from Sigma Apple Pi with his new girl and against your better judgment, instead of leaving the situation, your already intoxicated self decided to down two extra shots "for liquid courage" to go and confront that little playboy. Right as you tap him on the shoulder, you black out.

The next thing you know, it's morning. And now you're hungover.

But don't feel bad! We've all had those mornings. The morning where you might have a few of the following thoughts...

6. *Sees full but illiterate conversation with four different people including your ex* "NOOOOOOO!"

10. *Finally gets up and immediately gets nauseous*

"That was a mistake"

12. *Throws up in the toilet for a solid nine heaves while head is still pounding*

13. *Looks in the mirror to see last nights makeup smudged all over your face and your once-cute outfit covered in blood stains, mud, and dried alcohol*

15. *Stumbles to the kitchen for water and Advil*

16. Roommate who has her life together: "Oh good, you're alive."

17. *Grumble something about never drinking again as you down the pills and about eight glasses of water*

18. You to everyone you went out with: "What the heck happened last night?"

19. *Gets 14 different versions of what you did last night*

20. *Tries to piece together how the rest of the night went*

25. *Cancel any and all plans for the rest of the day in order to recover*

Roommates: "You say that every time you get drunk."

29. *Searches for munchies but only have healthy food*

30. *Goes to McDonald's or your local bagel shop and orders enough food to feed three people*

32. *Does the same exact thing the next weekend*

25 Reminders For Students With Grade Anxiety

14 Michael Scott Quotes Every Single College Girl Can, And Should, Use On Tinder