This Is For The Little Siblings

This Is For The Little Siblings

I can't wait to be reunited in March. 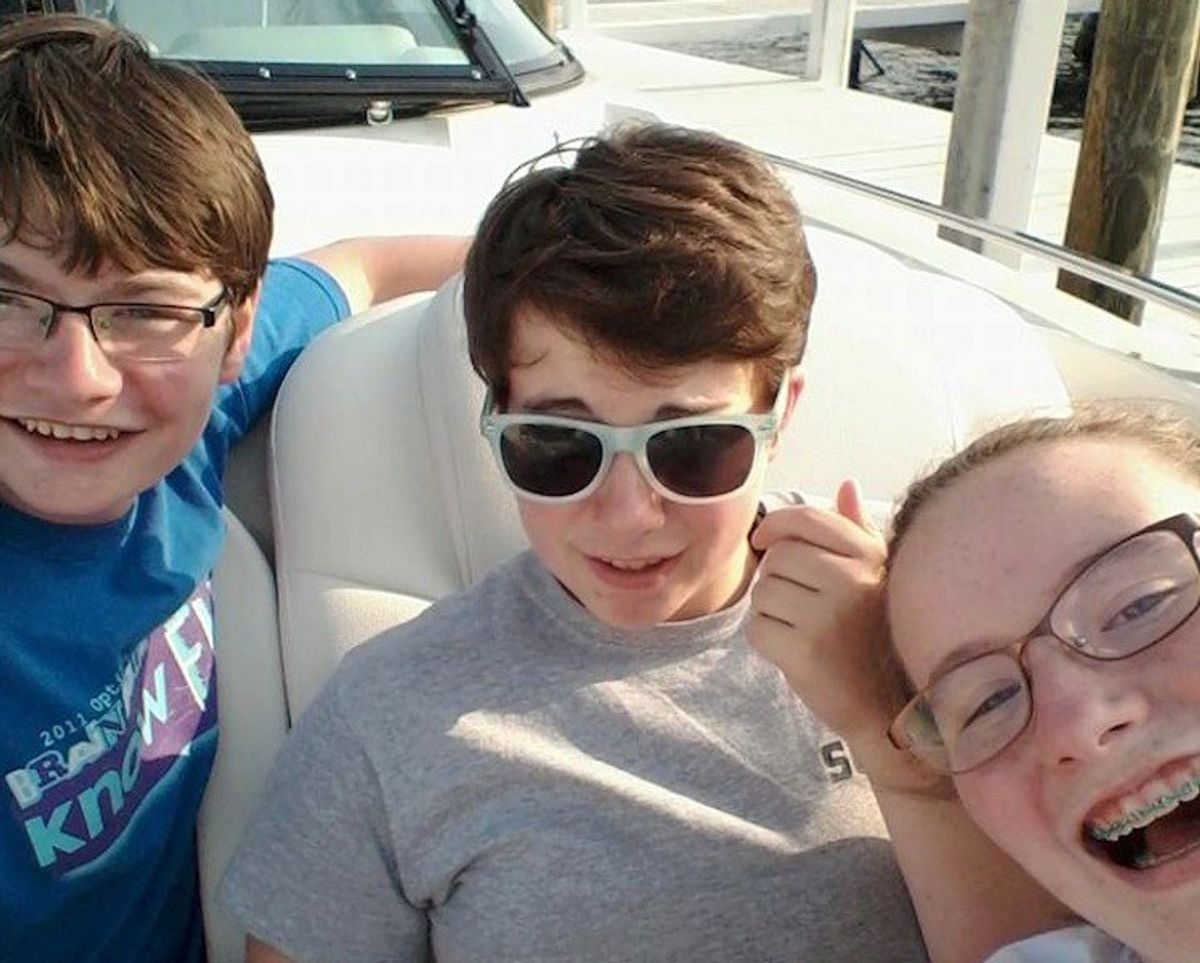 When I was a senior in high school, my brother Kevin and I would pile into the minivan every morning and go pick up one of his classmates. We would travel to and from school, accumulating to a daily commute of about an hour. There were often fights about the music we listened to as we went from Tupac, Notorious B.I.G., and Nas every day, and on to Ed Sheeran and Passenger. Some days, we went down the street to pick up Bridget and three of us were reunited only to have Bridget DJ and be cursed with the same seven songs. These two, however, have been the ones that I do nearly everything with since we were little.

We have spent the last five or six summers hanging out up at the lake, working side by side, and spending nearly every day together. Our relationship has been surrounded primarily by music and consists mostly of Kevin and I criticizing Bridget’s taste. However, there was one song that we could all agree on no matter what day, and that is "Car Radio" by TwentyOne Pilots. I started playing TwentyOne Pilots after my sophomore year of college, anytime I drove they were playing. Although the majority of songs were rejected by the siblings, we were determined to learn the words to "Car Radio." Bridget practiced every time it came on but unlike our designated pump up song of 2015, Macklemore’s "Can’t Hold us," she memorized all the words.

This became the designated pump up song of 2016 and would be played every time Kevin, Bridget and I found ourselves in the car. We sang it with the cousins, we sang it in the summer, winter, fall, and spring. For all intents and purposes, it became our song. One day last year my sister texted us and asked if we would be interested in going to the TwentyOne Pilots concert in June. The answer was an overwhelming yes, we bought the tickets, traveled down to Chicago one evening and heard two average bands only to wait to hear the song we knew every word to. Kevin and I knew TwentyOne Pilots a bit better than Bridget but it was a great time regardless.

The more the three of us hung out, the harder it was to go back to school. I found myself playing "Car Radio" and Claire would yell at me when I would punch the roof of her car. Periodically Kevin or Bridget would send Snapchats of the song playing in the background with the text saying, “Can’t wait to sing it again”. Now you may be thinking, why don’t you just call each other or text each other more? There are a few reasons for that. One, my siblings and I are notorious for being bad at communication. Two, texting is never the same as actually talking to them. Before you fret, there is a solution.

Over Christmas break this year my sister wandered into our room and started talking to somebody. There were actually a ton of voices and for a moment I thought she was going insane. I walked over to see five faces on her screen as she was FaceTiming her sorority sisters. I asked her about the app and next day Kevin scolded me for not knowing more about it. I downloaded and played around with it. I didn’t think much of it until one night when Kevin, Bridget and I ended up on the app at the same time. We chatted for half an hour and decided to start making it a weekly thing. Four weeks later and we have had guests on our chats that include our father and Molly, the family dog. It has also become one of the best part of my week.

This article would not have been possible with the constant support and bothering questions of Kevin and Bridget. This one is for you.