What could the actual number be? 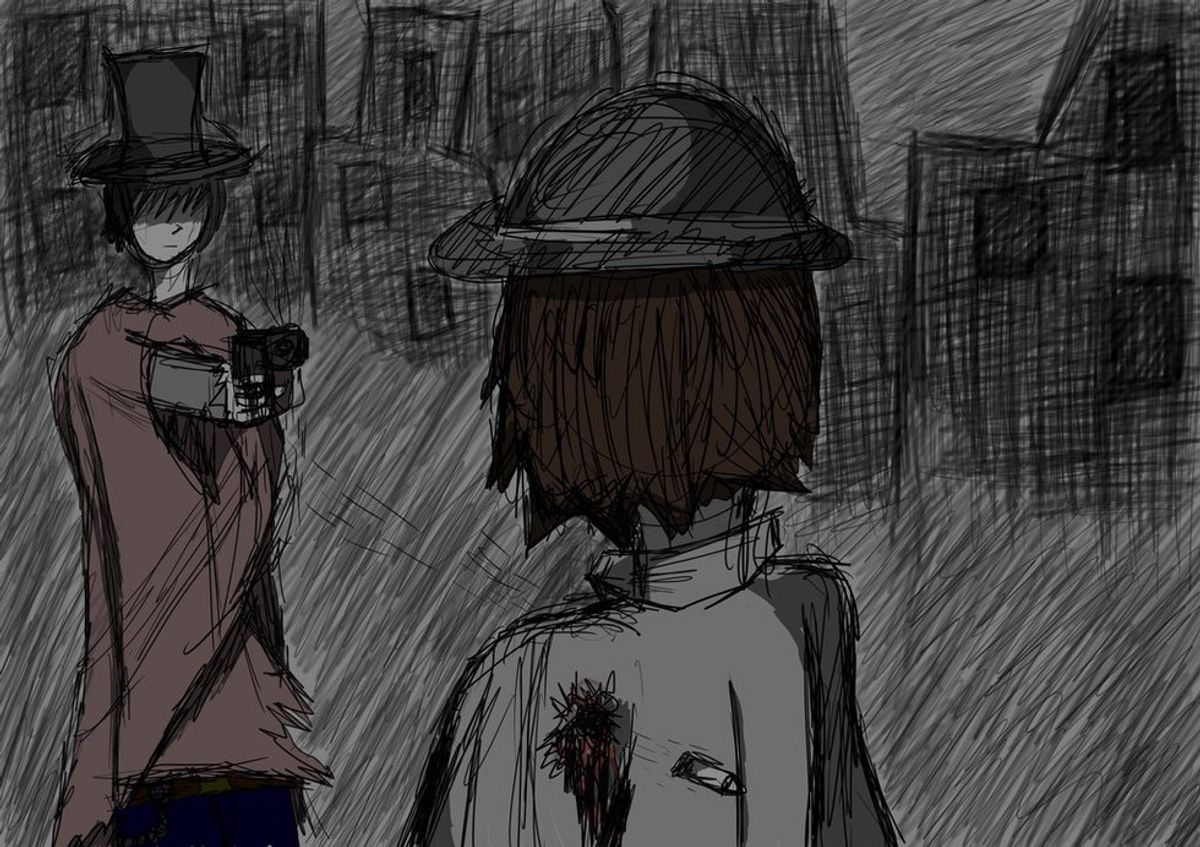 Gunshots in the night by AntD-Art

The bus came to a halt. The inertia made me slip from my sleeping posture into life. Tired from a long day’s work, I was literally passing out between stops and bought to life occasionally by the brakes. “If only these seats were more comfortable!” I thought.

My attempts to sleep in this awkward posture had cramped up neck, but I couldn’t help but try to doze off again. Still in a state of trance, I was waiting for the driver to pull out from the stop so that I could fall asleep again!

He was taking longer than usual. “These DART busses usually keep up their schedules, wonder what he is waiting for”. Unable to sleep, I tried to assess my current location by looking around but it was dark, with very little lighting. The stop name on the display board inside the bus said “LEGACY @ Plano”.

Then I noticed a person hiking on the bike to the front of the bus. A biking enthusiast.

Soon after boarding the bus I could clearly see it was a young woman, good looking. The driver was trying to ask her something but she didn’t respond, just paid the cash for the ticket and sat in on the first few seats. The first thing that I noticed was that she had those cool wireless beats headphones on! God I wanted those so much!

As the bus started moving from the stop and just before the lights insight the bus went dim again I could notice that she had that hospital uniform and guessed she worked for some hospital nearby. The other thing that was evident was that she was tensed. She had a ghastly look on her face and not something you get or chasing a bus for sure!

Out of curiosity, I wondered “how far was she cycling anyway?”. Out of curiosity I pulled out my phone to check for nearby hospitals to find a valid answer to my doubt. As the application was loading the information the bus halted at anther stop. This Time under the lighting I could see that she was still tensed and trying to constantly call someone over the phone.

My maps suggested to me that the nearest hospital was about 5 miles away and in the EAST. That is a long distance to ride! She was continuously trying to call but it was not being answered. I could possible think of a 1000 things that could make a person get so tensed up but I kept feeling that something was wrong.

My phone started to ring and it was my cousin. “Yeah! I am on my way. I will be back home in about an hour “. I had promised her that I will be home early for dinner today and I was late by schedule already . She was also a bit worried as I was sort of new to this place. I returned to my current situation in the bus and kept on observing her actions while our journey continued for the next 15 minutes. One of the major things that I noticed she had a huge bunch of keys along with a car remote. So now she is a doctor-riding enthusiast- who owns a car. From her actions, it was very sure she was worrying about something, but sure didn’t want to call the 911.

As these tensed journey came to another halt, she started walking towards the door to get down from the bus, when she dropped her wireless earphones!. Hey! I called.

But she was in no mood to pick it up . All she did was to get down the bus, and didn’t even pick her cycle from the bus. She walked out into the dark while the driver and me were calling out for her. I and the driver exchanged puzzled expressions and not sure what to do.

All the attention that I was giving to her actions made me feel that I had to get down and follow her to give her things back, but I was not pretty sure o the places myself, but then I just could let her walk away like that!

I requested the driver to hold for a few more seconds , got down pulled down the cycle and stated running in the direction I saw that lady leave. I knew the day I say I will be back home early is the day I will surely not make it!

I had all the chance to pick up those gorgeous wireless headphones and the cycle and walk off, but instead I was wandering into a park which I think was where the lady had walked. As I was searching for her I spotted a jogging trail on which led into a dark part of the park. As I walked on the track I guess I spotted a few shadows ahead from the lamppost help. I felt one of them was the lady and increased my speed. I had almost reached till the lamp post where the path took a sharp right bend. I parked the cycle and walked towards the benches on the track.

The lighting from the lap post was fading away and I was still not able to spot the lady yet. Slowly as I walked I noticed that there were no one on the benches. Just when I was wondering where could those shadows have possibly gone I heard a gunshot!

I wanted to think it was something else, but then I heard it again and this time, there was a splash! Like a body falling into a pool of water. I was not able to see anything yet, and that was a moment where I felt I should have stayed on the bus on my way home instead of poking my nose into someone’s business, but I guess it was too late. I was blank and frozen!

I was trying to regroup myself and walk out from the place. I started walking towards the cycle that I parked. I didn’t even have the guts to try to identify what had happened, I completely forgot about the lady that I was chasing for. I reached to the cycle and was about to ride it out of the park,

Bam! My eyes blacked out!