10 Epiphanies Most 22-Year-Olds Discover On An Everyday Basis

10 Epiphanies Most 22-Year-Olds Discover On An Everyday Basis

Yes, you can drink four weekends in a row. Like, why not? 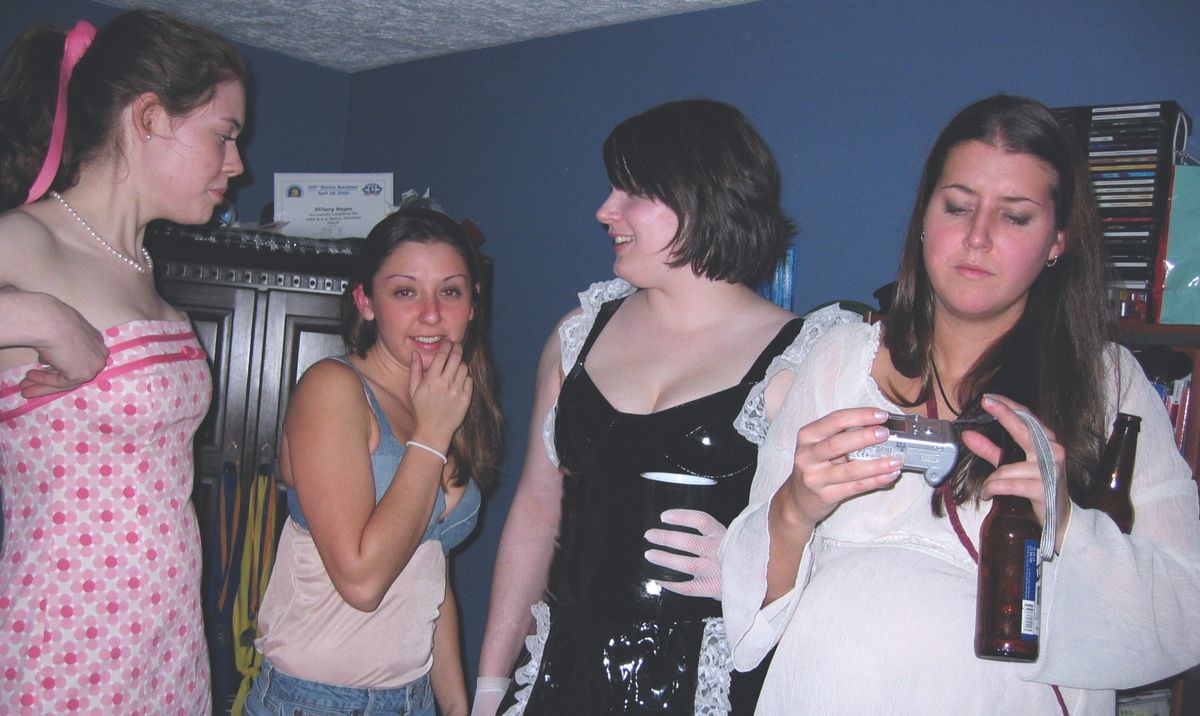 e·piph·a·ny: a sudden realization of the meaning of something.

If you're a normal functioning human being, Webster's definition of an epiphany is just that but if you're anything like me, an epiphany when you're in the very early twenties is something along the lines of waking up with smeared smokey eyeshadow all over your eyes, missed calls and text messages from your long distance boyfriend asking if you're okay and an upset stomach from the copious amounts of vodka Redbull's you had the night before.

Here's a list of a handful of epiphanies us twenty-year-olds have on the reg and why, by definition, we've reinvented the true meaning of "epiphanies".

1. Yes, you can drink four weekends in a row.

Like, why not? There's truly no right or wrong amount of times one can go out and drink and if anybody tells you otherwise, they're not looking out for you. Not to mention because we're all riding the same quarter life crisis bandwagon.

2. Realizing the gym can actually be your sanctuary.

Being a person that fluctuated a great deal for my love for the gym, I went from going religiously when I was a freshman in college to saying "f*ck it" and eating whatever I wanted with doing the occasional cardio session in between pizza breaks and still managing to keep my sophomore year figure. From there, I started religiously weight training to lazily doing cardio a few months later. Although it took a good three years to get here, fast forward to present day time and I've made it my religion, yet again, to make it a habit to train 6x a week and feeling great about myself.

3. It's about time we give ourselves more credit.

This being specifically catered to the women in my life and women I don't know, we're a bunch of badass women that have been taken for granted up until now. Years have gone by that we've given all of our credit to good-for-nothing men who have essentially given us nothing in return. We're all these gorgeous, intelligent, hilarious, and charming creatures that have been more of givers rather than takers... until now.

4. That you are quite literally your own person before being anyone else's.

You come before your parents, siblings, distant relatives, friends, and significant other and don't you ever forget it. Prioritize yourself because everyone around you has been doing that long before you came to this realization and you have a lot to catch up on.

5. Let those around you continue to let themselves be treated like sh*t.

I didn't mean to be so crass (or I did), but there's only so much advice you can tell to your loved ones but they won't act on it unless they themselves want to. It's taken years for me to reach this specific epiphany but once I did it's taken a gigantic burden off my shoulders.

6. With that being said, you can't mommy anyone, ever.

I love being right. I'm constantly on the edge of my seat waiting to be right but that's the ultimate reward for paying the small price of patience and virtue and watching as the people around you make horrible, horrible mistakes.

7. Long distance is only hard if you let it be.

Being in a committed, long-term, long-distance relationship myself, I never thought I'd be part of this ~exclusive~ club, especially not while in my college career. I was prone to boredom and being a self-proclaimed "commitment-phobe" but once you meet someone you care about, distance shouldn't matter. Why should it matter? Because you want to sow your wild oats? Break up with them. Because you're bored? That's valid so break up with them. You can't do long distance? That's reasonable and don't commit to an LDR and be unfaithful. It's really that simple and that black and white. With that being said, "don't let a relationship rule, ruin or run you". LDR's are difficult but make the most of your time without this other amazing person right by your side and you'll go through one of the best time frames of your life.

8. Not everyone will love me.

Tooting my own horn here but I'm a rather likable person. Open and personable, yes but regardless of my many wonderful attributes, I'm not everyone's cup of tea and that's okay too.

9. I won't have a large sum of money to myself for a very, very, VERY long time.

Although this was one of the most real and most tangible epiphanies to succumb to, it's the most honest one. I know where I want to be 10 years down the line but in order for me to get there, I'll have to go through a lot of overdraft notices to my debit card statements.

10. Last but certainly not least, make the most of your early twenties.

Our early twenties are all about epiphanies and without these things, we wouldn't be able to experice the milestones that come with them.