Things I Want My Sister To Know
Odyssey
CurrentlySwoonLifestyleHealth & WellnessStudent LifeContent InspirationEntertainmentPolitics and ActivismSportsAdulting
About usAdvertiseTermsPrivacyDMCAContact us
® 2023 ODYSSEY
Welcome back
Sign in to comment to your favorite stories, participate in your community and interact with your friends
or
LOG IN WITH FACEBOOK
No account? Create one
Start writing a post
Relationships

Things I Want My Sister To Know

The things that set you back in life make you stronger, because they teach you how to push for what you want. 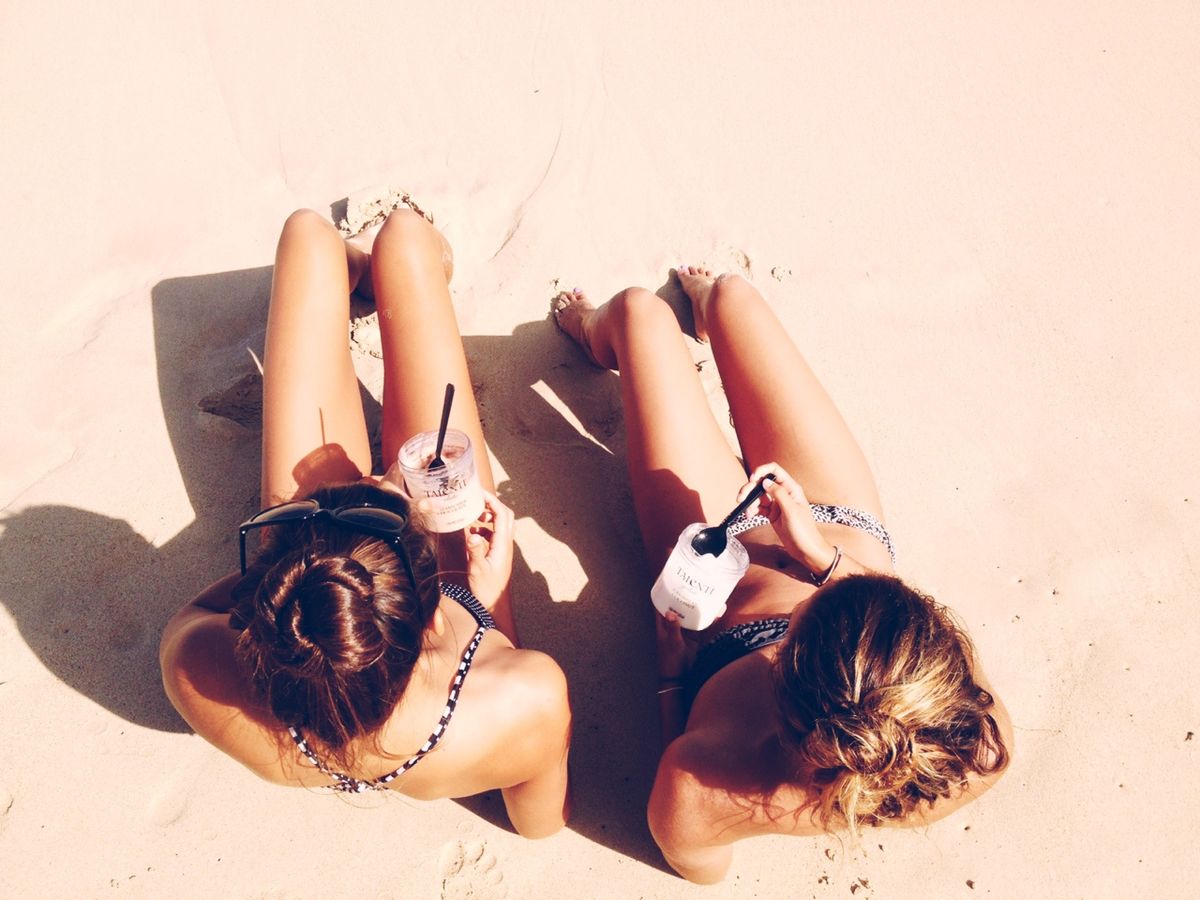 You're a pain in the butt sometimes. You're on a level of savage that I can't help but - grudgingly - applaud.

We haven't always gotten along. I still remember all of the times we used to fight as kids... like, legit hair-pulling, throwing punches kinds of fights.

We've both grown up in a lot of ways. We've seen each other go through some of the worst times of our lives... and also some of the best.

You're a beautiful person, on the inside and out. I know you see that in yourself... sometimes. Other times you don't, and it breaks my heart. You've worked so incredibly hard to get to where you are right now, even though it's been anything but easy. I'll never understand every single thing you've been through, just like you'll never understand every single thing I've been through. Neither of us really like talking about those sorts of things, unless we're both wine drunk in our pajamas watching The Bachelor. But that doesn't mean that I'm not just a call or text away if you ever need me. I'll listen for as long as you need to talk. I'll do whatever I can to make you feel better.

If you ever catch yourself worrying about finding love, don't. You're more than enough by yourself. If the right man - one who admires and respects your success, instead of feeling intimidated by it - comes into your life and you decide to get married and have a family, I'll be happy for you. I just hope you don't feel like it's some sort of requirement in life; like a checkbox on a list of things you have to do in order to be considered a normal human being.

I also hope that you realize there's no shame in not having everything together all the time. I hope that, when you have a day where you feel like the world is crashing down around you and there's nothing you can do, you don't put yourself down, but rather understand that you're human and it's ok to fall apart sometimes.

We don't get to see each other very often. Conflicting work schedules and 263 miles make it hard to see each other more than once every few months. But I still think about you. I wonder how you're doing. I cross my fingers that nothing bad happens to you.

I know you don't like listening to me. You think you know everything because you're older. But you don't see yourself the way I do, and I think that's important to remember. You see yourself in a very different way than your friends and family do, sometimes for the worse. Whether you believe it whole-heartedly or not, great things are meant for you, so keep your head up.