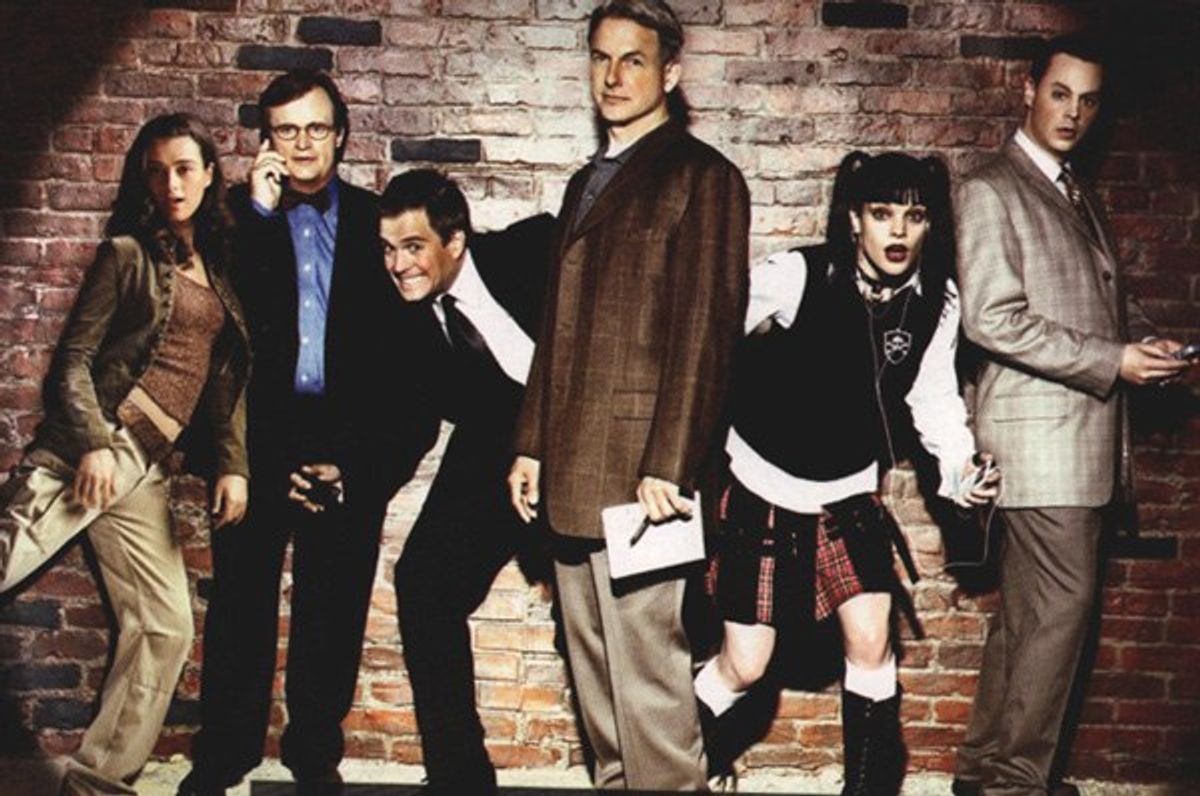 "NCIS" is a television show that has been on air for the past 13 years. The show follows the team of Leroy Jethro Gibbs (Mark Harmon), a Supervisory Special Agent who was also a former Marine. Even though the cast has changed some though the years, the main team Gibbs has mentored have been Senior Field Agent Anthony DiNozzo (Michael Weatherly), Timothy McGee (Sean Murry), and Ziva David (Cote de Pablo). Also apart of the team is Abby Sciuto (Pauley Perrette), the gothic yet joyful forensic specialist and Donald "Ducky" Mallard (David McCallum), the chief medical examiner.

Other than being about solving the murders of naval personnel, it can also teach us civilians some important lessons.

1. Always have a set of rules to live by. In season six, we see a flashback to when Gibbs first met his late wife, Shannon. She explains how "everyone needs a code to live by," and proceeded to state one of her own. Throughout the season we have experienced a sprinkling of Gibbs's famous rules that he follows and expects others to learn and live by.

2. Sometimes a little smack to the head clears the mind. Gibbs has a infamous "dope slap" where if one of his team members does or says something stupid, he gives them a little smack upside the head to rearrange their thoughts.

3. Movie references are not always ideal. DiNozzo is a movie buff. He quotes movies all the time. If the case is right, he can recall a movie that has the same time of plot or scene in it. He even gets into character and starts speaking like the characters. It's one of the quirks that he has and even though sometimes they are not necessary, they help lighten the mood.

4. Making mistakes can be beneficial. Once again in season six, the team has to come up with a way to breach a highly secured naval building. DiNozzo comes to the conclusion that to be a criminal, one must think like a criminal. He pulls out a stack of files and McGee gets the idea of looping the security cameras. In season five the same thing was done to them while using a high tech secret naval radar gear as bait to catch whoever stole it in which the criminal hacked into the video feed and created a loop of the video. With this mistake, it can help you and others learn and grow from the situation.

5. Trust your gut. Gibbs is a man of few words. He listens carefully and thoroughly to make sure he understands completely. With all that information, he can get to the bottom of things. Most of the time it is not understood where he gets his ideas or conclusions except for his famous "gut feeling." Each time Gibbs acts upon that feeling he ends up being right and catches the perpetrator. You'd be surprised how your body knows something without you realizing you know it.

6. Even though nicknames might hurt, they are a sign of endearment from those close to you. McGee can not catch a break from DiNozzo and his name calling. There is a plethora of names ranging from McGoo to McGeek and anywhere in between. He also gives him nicknames on his probie status, like Probilicious and Probie Won Kenobi. Even though it sounds like DiNozzo is being a bully, he's doing it out of endearment. He admits it in episode five of season seven!

7. Idioms can be confusing. Ziva's main language is Hebrew, but can speak nine others. She's very fluent in English except when it comes to odd phrases. Throughout the series, she attempts to use idioms to explain situations but ends up having to be corrected. She helps realize that most of them are absurd and don't make much sense.

8. When you spend a significant amount of time with someone, you start acting like them. In season three, Gibbs decided to "retire" and headed off to Mexico to get away from it all. Since Tony is senior field agent, he became the boss. He started dope-slapping just like Gibbs does and whenever he would visit Abby he would say the same thing as Gibbs, "Whaddya got Abs?" and bring her a Caf-Pow. You don't realize that you pick up the same mannerisms as the people around you, until someone points it out.

9. Knowing another language is helpful. Other than Ziva and her plethora of languages, including the langauge of love, she knows ten, there are others who can communicate with one another in special ways. Gibbs and Abby sometimes use American Sign Language to communicate. Abby learned sign language because both of her parents were deaf. It isn't known why Gibbs knows it, but most of him is a mystery to us all. McGee and Abby can speak geek or computer talk to each other. They often work together to do all that high tech computer hacking and information searching. They attempt to explain to the others what they are doing, but most of the time they get fed up with it and ask to get to the point.

10. Caffeine does wonders when on a deadline. Deadline or not, Gibbs always has coffee to drink. In season six, McGee and DiNozzo are on a stakeout in a coffee shop. DiNozzo complains about having to go to the restroom because he drank so much coffee, but McGee is just fine. It's what is called a Gibbs sip. You pretend to take a drink, but you actually don't. That begs the question, does he actually drink coffee all the time? On the other hand Abby drinks Caf-Pow. Caf-Pow is a high energy-caffeine drink that Abby lives on. In actuality, it is cranberry juice.

11. You can pick your family. When working and being together so much, you start to form a bond with each other. The whole team has had their battles with relationships, but none of them are married. Gibbs has been married and divorced three times, Tony is a womanizer, Ziva is well, Ziva and McGee is to McGeeky. They all realize that they need each other and Abby does not help the fact that she forces the love upon them all. In episodes airing around Christmas, Abby is always shown running around trying to have the family traditions be done. When the team was split up, Abby had a counter of how many days the "family" had been separated and gave Gibbs grief when the days got into the triple digits.

12. Everyone needs a farting hippo. Abby has a stuffed animal that is a hippo. When you squeeze him, he farts. Bert, as he is called, is a great stress reliever. He also makes a useful CPR dummy. He's just the right size and roundness to solve any neck problem and is the best thing to hug in stressful situations. No matter how old or young, tough or weak you are, everyone needs a Burt the farting hippo in their life.

Other than the show being focused on the crimes and the solving, it has so many life lessons to be learned and used. I have grown up with this TV show and can say that I have learned lots of useful information for daily life.

If you're interested in the show, seasons one through twelve are on Netflix and the regular season airs on CBS at 7 p.m. CST.