There Is No Safety From Politics In Art
Odyssey
CurrentlySwoonLifestyleHealth & WellnessStudent LifeContent InspirationEntertainmentPolitics and ActivismSportsAdulting
About usAdvertiseTermsPrivacyDMCAContact us
® 2023 ODYSSEY
Welcome back
Sign in to comment to your favorite stories, participate in your community and interact with your friends
or
LOG IN WITH FACEBOOK
No account? Create one
Start writing a post
Entertainment

There Is No Safety From Politics In Art

Isn't that the point of art: to stimulate experience, discussion and disagreement? 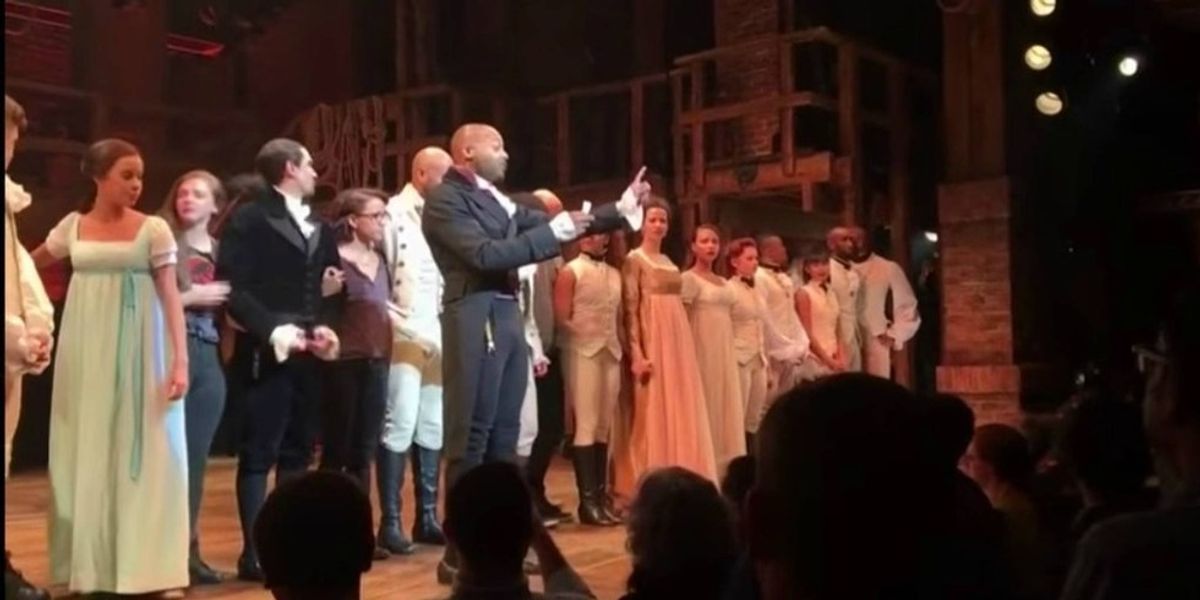 After the cast of Hamilton addressed Vice President-elect Mike Pence from the stage a few weeks ago, there was talk about the theater as a sanctuary from political discourse and the appropriateness of the venue. When I saw the video, I thought Brandon Dixon, and the rest of the cast, was brave for using their platform to echo the voices of others as "we... the diverse Americans."

A week later, I was home for Thanksgiving break and I went with a friend to a favorite restaurant to hear one of my favorite local bluegrass musicians. In between the lyrics describing places I'd grown up visiting, guitar strums that sang all on their own and drum rhythms that made ladies aged 60+ get out of their seats and dance, the musician (several frosted glasses in) started talking about his own politics.

"Complacency is just as bad as hate," he said.

Which I agreed with, though thought it was a little odd considering the song he had just finished was about moonshine.

His randomly inserted comments turned into a longer rant about local unity, the federal reserve and big government control of banks. My friend and I looked at each other, sort of wide-eyed, as in, When is this guy going to finish the song and move on? The room, filled with a majority of white couples with more than 50 years, looked largely complacent themselves.

I rolled my eyes about it after to my friend and she mentioned how she didn't think it was the appropriate venue, how she just wanted to listen to some good music. I nodded in agreement.

Later the next day, I thought more about what happened. I don't know much about the current state of the federal reserve, beyond what I learned about its roots in tenth grade U.S. history. I don't know anything about banking. I'm still lost on how it connects to moonshine, but that could be my age.

In both of my journalism classes, we talk a lot about the significance of the first amendment and how fiercely it protects political speech. It occurred to me that the meaning of freedom of speech. This guy wasn't saying anything harmful or discriminatory or even related to a political party or candidate. He had just read a book about a certain topic he was passionate about and wanted to share it with this room full of an audience through his platform. And maybe I haven't formed an opinion about the federal reserve, but isn't that the point of art? To stimulate experience, discussion, and disagreement? I've realized that if you experience art and walk away unchanged, you're doing something wrong. And if you set boundaries on art, you're not only limiting the expression of others but also yourself.