Movie experiences that have impacted me. 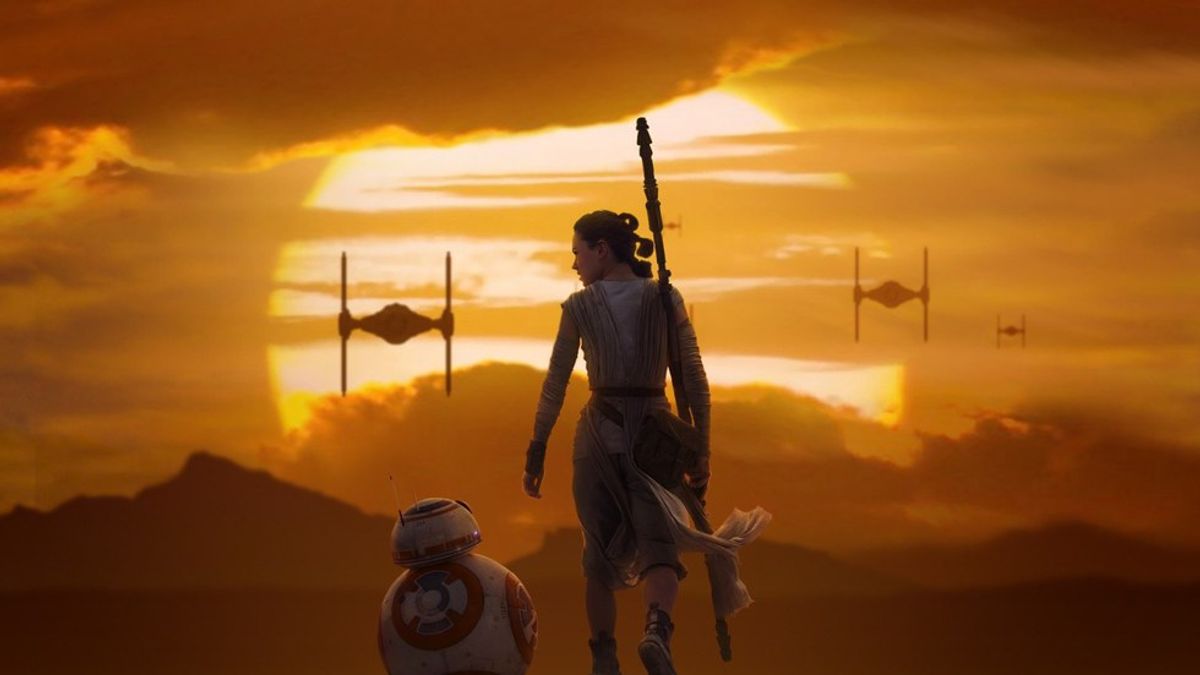 I debated on writing something related to this week’s political events, but decided not to. Simply put: it seems to me that the last this country needs is another person telling it what it’s doing wrong. For a moment, it might be nice to step back and take a deep breath. We are, more than ever, in need of some escapism in our lives. So once again, in the wake of national division, I bring you a post about something that we all love: movies. For this post, I decided to write about my most memorable and impactful theatrical movie memories growing up. Considering my young age, it is right to assume that all of these movies are fairly recent.

I can recall going to see this movie (for the first time) by myself on opening weekend. My little sister and her friend wanted to go see Big Hero 6, which was also out that weekend. I, on the other hand, wanted to see the newest film from Christopher Nolan-who was my favorite director at the time, and remains one of my favorites. It was so good the first time, and my mind was so blown, that I took my two cousins to see it with me over Thanksgiving. Seeing their reactions was truly special, and it that theatrical experience with them has stuck with me.

There’s never been a movie so highly anticipated as this. I was a massive Star Wars nerd growing up, and the announcement of Episode 7 re-sparked my childlike wonder for the galaxy far, far away. For almost two years, I and my friends talked about any small bit of news we would hear. And on opening night, myself and a group of around ten Star Wars nerds all went together to the first screening of the movie at our local theatre. We got their three hours early, being the first in what was soon a jam packed movie theatre. It was the first time I heard cheering in the theatre; I’ve never before felt like a movie was a truly shared experience. I sat beside a man who was a father taking his son to see the movie, and I remember talking to him at length about his own childhood memories of seeing The Empire Strikes Back in theaters. Hearing the profound power of that theatrical experience for him reminded me of the power of the movies-and I have no doubt that The Force Awakens will live on a similarly special experience for me.

This was the first limited release movie that I drove out of my way to see. I had seen no trailers for it; I simply knew that it had around a 90% rating on Rotten Tomatoes and that it had Tobey Maguire in it. I took the chance of driving thirty minutes out of my way to see this movie at the only theatre where it was showing in my area, and I was absolutely floored. It was one of my favorite movies of 2015, and I will always remember it as being a very special theatrical first for me.

Growing up, my dad and I always loved watching James Bond movies. He introduced me to the franchise, and I quickly became obsessed with 007. With that, when Skyfall came out in 2012, he and I and my little brother all went to see it together. It far exceeded my expectations, and I cherish the memory I have with my father.

I saw this movie on my seventeenth birthday with my parents. My seventeenth birthday had been alright, don’t get me wrong. I had seen what would go on to be the Best Picture Winner of 2015, Spotlight, earlier in the day. Still, there was this sort of empty feeling for some reason. I remember feeling like I needed something to pick me up. My mom, dad, and I went to see this movie-and my mom even let me get a large popcorn and a soda. For those that know my family, my mother never allows food at the movies when she or my father is paying. So for her to suggest that I get a large popcorn and a Coke was special; I know it sounds stupid, but it’s true. I won’t lie, though, going into a movie with your parents on your 17th birthday (as opposed to a group of friends) makes you feel a little lame. Sitting there snugged between them makes you feel even more self conscious. But none of that mattered once the massive opening title filled the screen; I remembering being awestruck by the sheer scale of the film from minute one. What followed was the most uplifting movie of the year, which was exactly what I needed for my birthday. What started as a nice, but nonetheless awkward, birthday outing turned into a memory I will cherish. Thanks for the popcorn, Mom.

This is probably my favorite movie of all time, and that is partly because of how special this theatre memory is. Simply put: this is the movie that made me want to make movies. The Dark Knight was out for months before I finally got to see it; I even knew a major spoiler for the movie. Still, as a Batman fan, I was dying to see what everyone else was telling me was the “best movie ever!” My friends had seen it, my neighbors had seen it; it seemed like everyone but me had seen it. My mom didn’t want me to see it, fearing that Heath Ledger’s Joker was simply “too dark”. Many other mothers had similar concerns. However, when my mom went out of town with my other three siblings (I do not remember why), I begged my dad to take me. He caved, and took me to a movie that would live on as my single greatest theatrical cinema experience. Even though I knew some major spoilers, I was completely blown away by The Dark Knight. It has since become considered one of the best films of this century, if not the best. This is where I discovered my love for movies, and this is also where Christopher Nolan became my favorite director. It was through The Dark Knight, and learning about Nolan, that I learned what a director’s job was. It was through The Dark Knight that I learned that film was the medium through which I wanted to tell stories that had inhabited my brain for years. Thanks for being a cool dad, Dad.