What's the texture of that experience? 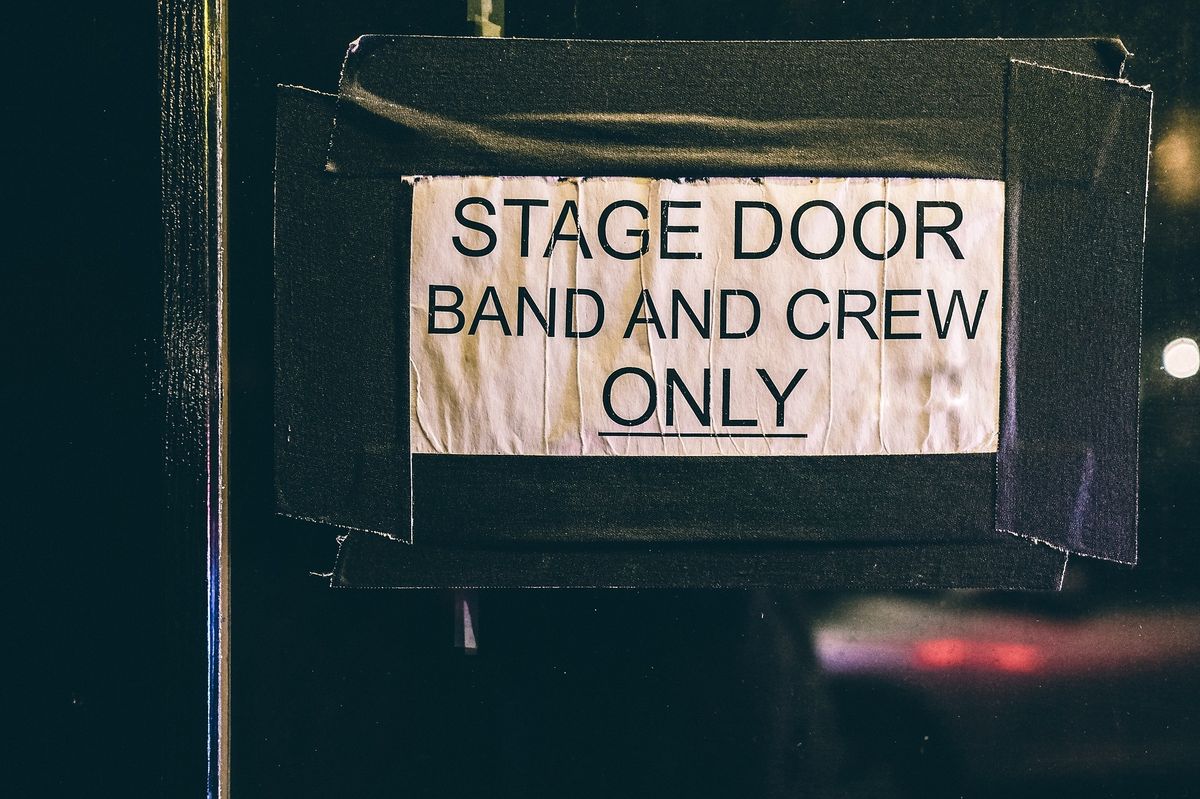 I was recently interviewed about workload for theatre majors. What is the texture of that experience? What is the workload like? Here's a small window into the world.

I think any theatre major will tell you that it’s a serious time commitment! Most of the time, that commitment is a deliberate choice. Social and academic life cross constantly and the line is super blurred for many of us.

Rehearsals can be three hours a night, and far more during tech week. Learning lines for a show, or for performance classes, can be anywhere from two to six hours a week. Sometimes more --- not including however long it takes to read the plays your scenes are out of in the first place. Working on research for design classes or dramaturgical seminars has their own two to ten hour time commitments, per course (I’m pulling that from actual syllabi, and I think it’s a fair estimation).

As an acting/directing concentration, I have the pleasure of doing a great deal of group work. If not working on a show, and exclusively thinking of group scenes and projects, two-four hours a week are outside of class rehearsals and projects pretty consistently. Production meetings are about an hour a week. The workload is immense and engaging, but I’m absolutely in love with it and enjoy being occupied.

I’m in a performance concentration, so most of the work is on directing planning, learning lines, or rehearsing. During semesters that have more of the required history/dramaturgy courses, it is a lot of reading and writing. (Many of those courses are cross-listed with English, and are comparable to that course format and workload.) If I were taking more design courses in the department, I would likely spend most of my time researching, drawing, making light plots, building stage models, or crafting in the costume shop.

In this major, you’ll do everything if you’re willing to try anything. Doing everything requires a lot of flexibility, especially in your schedule and what you're willing to commit to your department outside your course of study.

3. What is stressful about it?

The greatest source of academic stress probably comes from being overenthusiastic, committing to as much as the department will let me take on, and then finding out I’ve got more coursework, meetings, rehearsals, and study obligations than I have hours in a day. My stress tends to come from wanting to give more of myself than I have time to give.

You have to love it. The sheer amount of work and time aren’t negatively stressful once you’re that invested in it, but it can be overwhelming when “hell weeks” roll around, but I think the consistent amount of work dedicated to every single week makes actual "hell weeks" more mild than they are for most other majors.

It’s very easy (and common) to love your concentration, want to take everything offered within it at the highest level of difficulty you're qualified for, then have the major projects or midterms or papers come due all at once. This sometimes overlaps with the amount of work committed to productions outside of the course-load. For example: every class will have you write about the shows, and you’re probably working on the show in some capacity, and that intersection comes up every semester. It’s the nature of the major - many of the about as pre-professional and practical as it comes at Mount Holyoke. I've taken courses across the Five College, and the workload is similar by the nature of the departments. The only difference is that we're much more close-knit and localized than others.

As far as time commitment, if you’re someone who’s considered ‘active’, you tend to be consumed by it – especially by the time you’re in your final year or two of school. Most of it is self-selected though. You don’t have to take on that much if you don’t want to, but there’s definitely a natural gravitation of most students in the department to be as involved as humanly possible. Sometimes what we think we can do doesn’t match what we’re humanly capable of doing, and that’s a hard pill to swallow.

I'm constantly busy with this work, and maybe I've got a screw loose , but I wouldn't have it any other way. I hope can say the same for the rest of my life, and my career beyond Mount Holyoke. (It's a cold joke, purely self-deprecating, but I wonder if maybe we're super happy to be busy as majors because we know we'll be grateful to have any of this kind of work in post-grad employment -- at least, for those of us doing what we want to be doing in our careers, in professional theatre.)

4. How many hours of work do you deal with?

Anywhere from two to ten. It varies wildly through the ebb and flow of the semester, and whether you're reading to learn a play, you're reading history and theory texts, or you're doing design research. Most time is spent rehearsing, performing, and creating, in my experience. (It's what I love about it!)

Emma Hyatt
157
The Truth About My Parents' Divorce