13 Rules For Going To The Theater

13 Rules For Going To The Theater

Be it Broadway or your local high school show, here are the do's and don'ts of theater outings this holiday season. 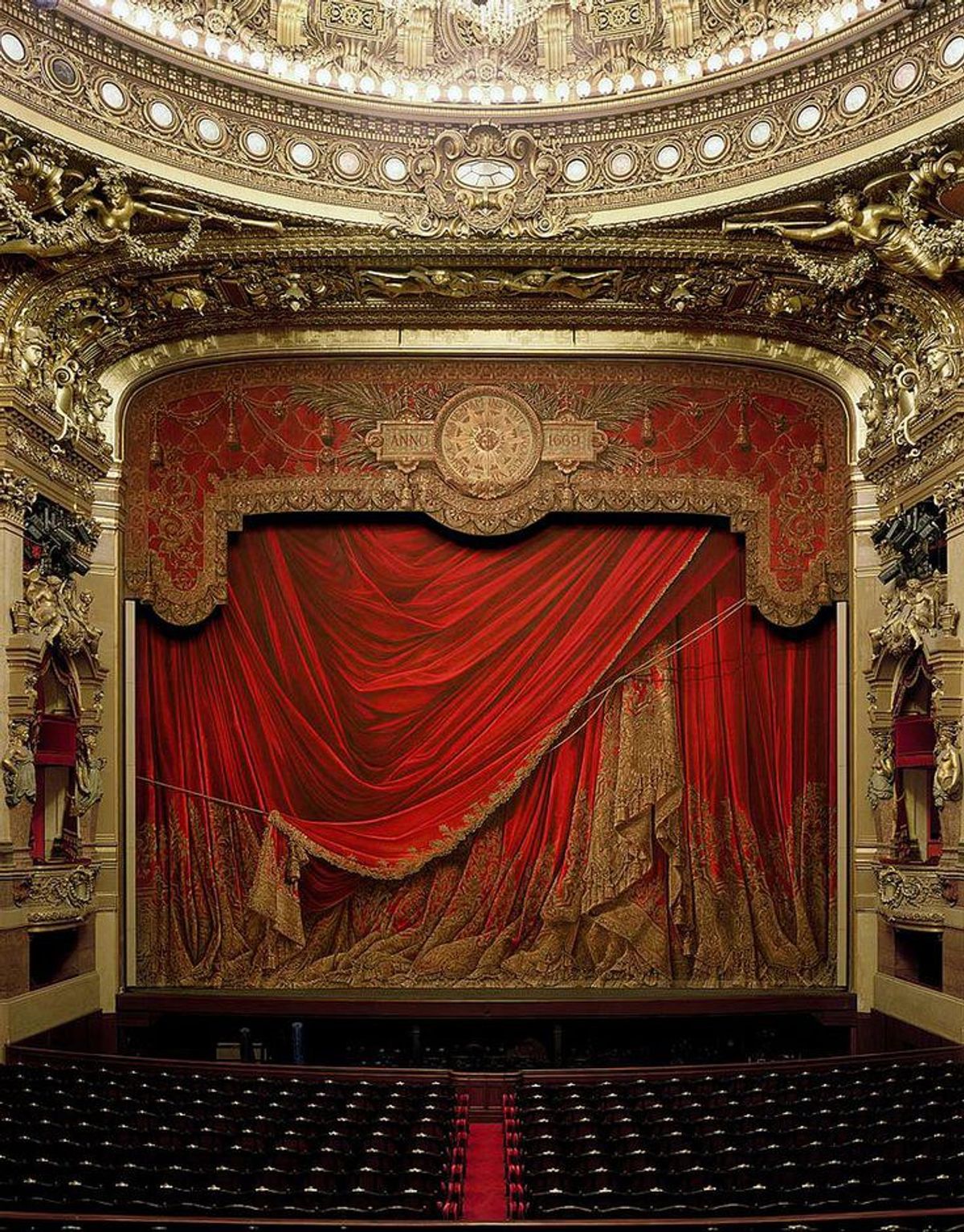 Here are 13 things you need to know about being a respectful theatergoer this holiday season.

1. Turn off your cell phone. For some reason, the most common sense rule of theater is the most disregarded. Just turn it off, folks. Even vibrate isn’t good enough – we can all hear the buzzing in your pocket, too.

2. Don't send text messages during the show. You could be the sneakiest spy in all the world, but the backlight of your cell phone is still as noticeable as Rudolph’s nose in the darkened theater. But why do you still have your phone on? I just told you to turn it off!

3. Eat dinner before the show, not during it. The theater is not the movies. Chomping away on candy and chips during a live production is annoying not only to your neighbors, but sometimes the actors as well. Bringing burgers and fries (oh yes, I’ve seen it) into the theater is outrageous. If you’re dying of starvation, then something small is acceptable, like Skittles or M&Ms, but it's still better to not eat during the show at all.

4. If you have to cough, cover your mouth. Let me tell you, the only thing that rivals in irritation to crying children in the theater, is the sound of a nearby cough. Try to keep a tissue or handkerchief on hand.

5. Unwrap cough drops and candies in advance. If you anticipate any coughing fits during the show, be sure to unwrap your lozenges before the performance starts. The crinkling sound of plastic is like nails on a chalkboard during a quiet play. No matter what anyone tells you, unwrapping it slowly does not help the situation.

6. Don't correct everyone. It’s irritating when someone has a cell phone go off, but it's even worse when you hear the chorus of overreaction from other audience members. Annoyed hisses and whispering, “Turn it off,” is just as distracting as the one cell phone itself.

7. Don't talk during the show. A quick whisper, or an audible reaction to something on stage is fine (it's live theater, not the morgue), but nobody needs to hear your theories on the next plot point. By the time you finish explaining it, you and your neighbor will have both missed something equally important. Wait until the intermission, or even better – after the show. It makes for great conversation over coffee.

8. Don't sing along. It's definitely tempting sometimes, trust me I know. During a show like "The Lion King" or "Wicked," it's difficult not to get excited. But if you want to sing on Broadway, then you’re gonna have to audition like those people up onstage did. Your fellow theater fans paid big bucks to hear those professionals, not you. Save it for the post-show, unless your singing is prompted by a cast member, where the cast invites the audience to sing along -- then by all means, belt it out.

9. Don't play dress up. Although those opening night audiences usually dress up a bit, there’s really no dress code for the theater. Technically, you can come in shorts, but I strongly advise against this.

10. Try not to fall asleep. If the show is truly horrendous and boring, then snoring may be taken in protest. But generally, it's just disruptive and disrespectful to the hard-working performers up onstage.

11. Don't give in to peer pressure. Traditionally, applause for an actor when he or she first takes the stage and standing ovations at the completion of a show are a sign of an extremely appreciative audience, and they can’t help themselves. Lately, these reactions seem to have become an obligatory part of a show, and it isn’t meant to be done out of habit because then it becomes meaningless.

12. Respect the space. The average theater seat makes economy on a plane look luxurious, so sometimes elbow bumping can’t be helped. But don’t be a hog. Mind your space, but be comfortable. Respect the theater itself, as well. Don’t leave cough drop wrappers and tissues behind.

13. COME CLEAN. A packed day of sightseeing can leave you sweaty and not-so-pleasant smelling. For the sake of those around you, do your best to make time for a shower before arriving for the show. Don’t go to heavy on the perfume or cologne either; too much of a good smell can be just as bad as unpleasant body odor.

I hope you take these tips well, and enjoy the show.