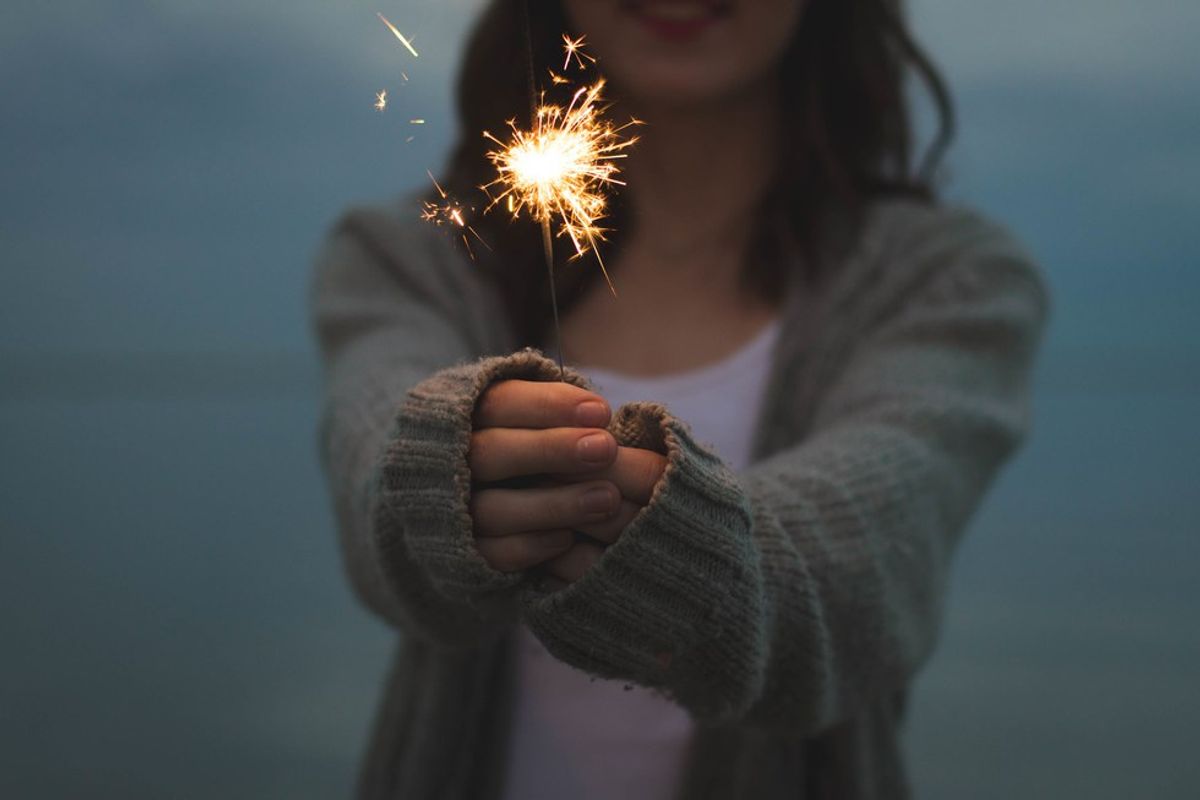 Boom. Yes. We made it. The year 2016 beat the souls and for some, literally the flesh of many us. It was a challenging year. I can spend my time here talking about the crazy celebrity shenanigans, the upsetting stomach turning election, or the controversy surrounding crime and police enforcement. I won't. That would be too cumbersome.

Instead, I'll talk about how all my perceived Ls were truly lessons the Universe put forth to make me a better woman.

At the beginning of 2016, I was still hanging hopefully to the possibility of a long-term relationship rekindling. It had been on and off, the blame sometimes rightfully placed on me. But that relationship never recovered, because it really was not meant to be forever. Sometimes we trick ourselves into believing certain things about what should be. We believe we are people who we are not. And in 2016 I was not the woman I thought I was. I took the L on my relationship. Lesson # 1, we are given what we need, good or bad. What lasts is what our character is capable of handling.

Throughout the year, I was promised many things. Gifts, time spent, a text back. I received very few of them. Getting your hopes up is a double-edged sword. And more than often this year, the outcome of me doing so was unfavorable. I placed people in categories they did not belong, so when they revealed their truths to me, it was a puncture to my spirit. The person who was a cool friend really was someone who just liked to run their mouth. I gave people chances for friendship even after they curved me time and time again. Hangouts fell through, and I no longer saw value to communication with the individual. I took Ls. And I felt lonely. Lesson # 2, the people who love you and are truly your friend see all facets of you, even the dark ones, and stick around.

People who claim to be your friend and in full support of you need to be cross-examined. Often you will find that they have a motive. And when you discover that motive, it hurts. It feels like the Universe is against you. I was given a new opportunity this year, and I saw it as a blessing. I still do. But it soon proved not be a bed of roses. Lesson # 3, avenues to success are never smooth and are often very confusing.

Lesson # 4, take time to learn who I am. Once I realized some of the "Ls" were a pattern, I thought about how my actions were involved in each situation. How do others perceive me and what can I do to positively impact that? It's difficult. But sometimes we are in fact the cause of our own demise.

Yea, we joke and say 2016 was disrespectful af, but I'm a fan of turning things on their head and seeing things a better way. The year showed me so much respect by revealing truths about myself and those who have no place in my life. Thank you 2016. Twenty-seventeen is going to be a year of love.