The Vegas Golden Knights Continue to Defy the Odds
Odyssey

The Vegas Golden Knights Continue to Defy the Odds

Do they have the players it takes to compete in the playoffs? 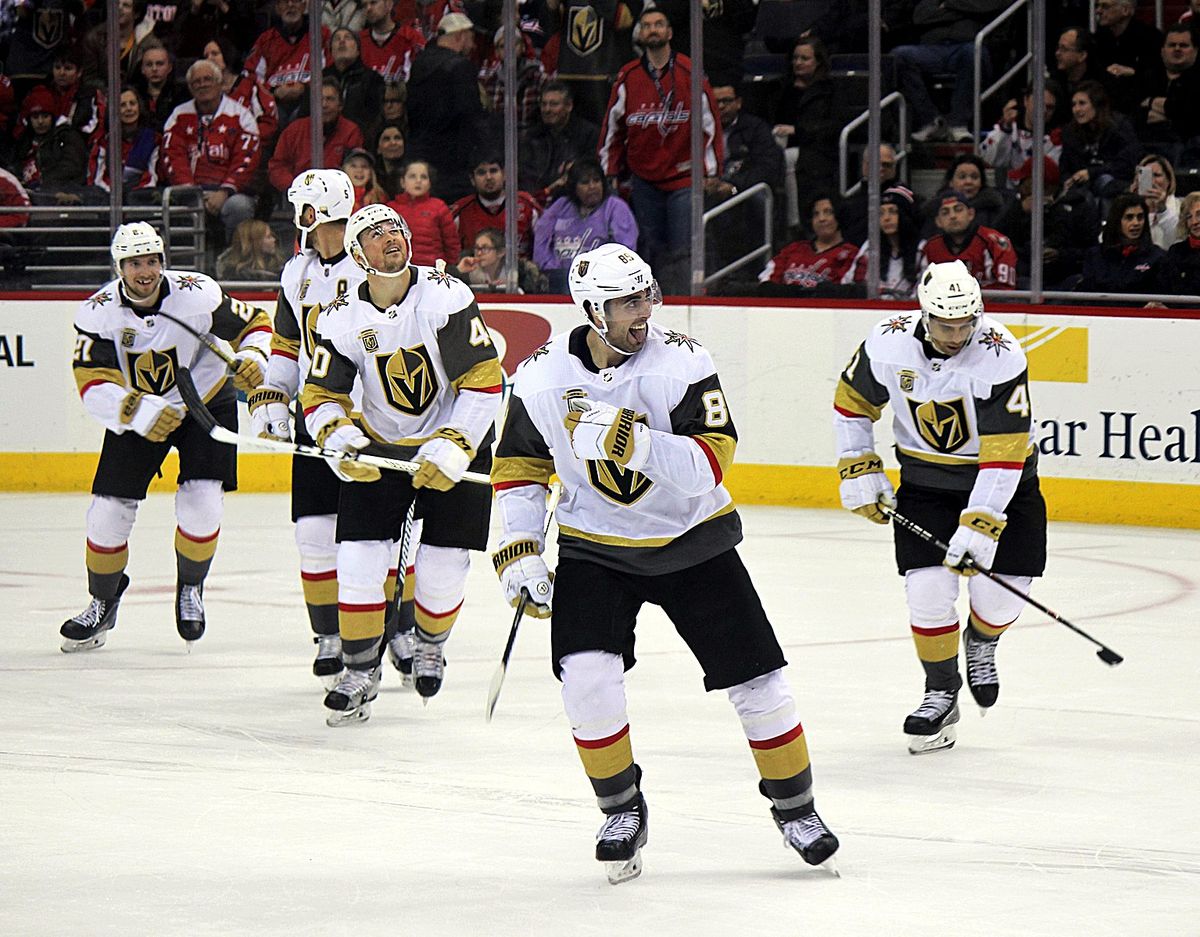 The Vegas Golden Knights have been proving doubters wrong all season, and now they were finally rewarded for their efforts with a playoff berth and have eclipsed the 100 point mark before the end of the season.

Most fans thought the Golden Knights had no shot to make the postseason, with most predicting that they’d be at the bottom of the standing by the season’s end. However, with the team getting ready to play the first games of Stanley Cup Playoff hockey in their inaugural season, do they have the kind of players it takes to compete in games with bigger stakes and continue to prove everyone wrong?

Veterans James Neal and David Perron were expected to be flipped at the trade deadline for draft picks and prospects with Vegas looking to continue building for the future, but the team’s success this season altered their course of action. Perron and Neal have definitely been a part of the success. Although Neal has slowed down considerably since his torrid start to the season, he has still contributed 43 points, 24 of which are goals. Perron has been incredible all year, already eclipsing his career-high point total with 66 points in 70 games, nearly a point-per-game clip.

Erik Haula, a former member of the Minnesota Wild, has put up a very surprising number for the Knights this season. With 55 points, Haula shattered his former career high of 34 points. His 29 goals give Vegas some solid secondary scoring that will be very useful come playoff time.

Reilly Smith and Jonathan Marchessault, two former Florida Panthers that Vegas acquired on the night of the expansion draft, have been key components to their top six forward core. Marchessault has been a star of the Golden Knights, producing over 70 points, while Smith has broken the 60 point plateau for the first time in his career. Both have a plus/minus rating over positive 30, and with Florida on the outside looking in as they attempt to claw their way into a playoff spot, you have to figure that they’d be on the inside of the bracket if they still had these two players.

William Karlsson, their 40-goal man, has been arguably Vegas’ best player. Nicknamed “Wild Bill,” the 25-year-old broke out in a big way this year, posting 70 points this season after posting just 50 in the first 183 games of his career. Karlsson has been one of the best players in the league all season and the Knights will certainly need his goal scoring prowess to compete in he postseason.

Mike Schmidt has been the Golden Knights’ best defenseman this season. Plucked away from the Washington Capitals at the trade deadline, the Caps were hesitant in letting him go, and you can see why after watching Schmidt play this season. A top six defenseman on Washington, Schmidt has evolved into a formidable player on the Vegas blue-line and should see big minutes in the postseason.

Deryk Engelland, a resident of Las Vegas, wears the city’s sweater with pride, and he’s been rejuvenated as one of the key leaders of the team. Never known for his offensive production, Engelland has produced a modest 22 points this year, a career high, and is an important, experienced piece for this team that is mostly centered around younger players.

Colin Miller has been an offensive force on the blue-line. His rocket shot, which set a record in the AHL’s hardest shot competition at over 105 mph, has allowed him to hit double digits in goals with 10, and he is a major component to the team’s power-play heading into the playoffs.

The Golden Knights have seen their fair share of injuries at the goalie position, but they’ve been able to hold their own. Marc-Andre Fleury, the face of the franchise after being exposed by the Pittsburgh Penguins in the expansion draft, has put up sparkling numbers when he has played, posting a save percentage over .930 to go along with a goals-against-average of 2.15. Behind him, Malcolm Subban, plucked off waivers from the Boston Bruins, has been a solid backup option, posting a .917 save percentage when healthy. With goaltending being so important in the playoffs, the Golden Knights appear to be in decent shape with these two in the crease.

At the expansion draft, the Golden Knights made some great, sneaky additions that have already paid dividends throughout the year. Now it's time to see if these players can continue that in the playoffs.