The Top 10 Most Underated Heroes Ever in Comics History
Odyssey
CurrentlySwoonLifestyleHealth & WellnessStudent LifeContent InspirationEntertainmentPolitics and ActivismSportsAdulting
About usAdvertiseTermsPrivacyDMCAContact us
® 2023 ODYSSEY
Welcome back
Sign in to comment to your favorite stories, participate in your community and interact with your friends
or
LOG IN WITH FACEBOOK
No account? Create one
Start writing a post
Entertainment

The Top 10 Most Underated Heroes Ever in Comics History 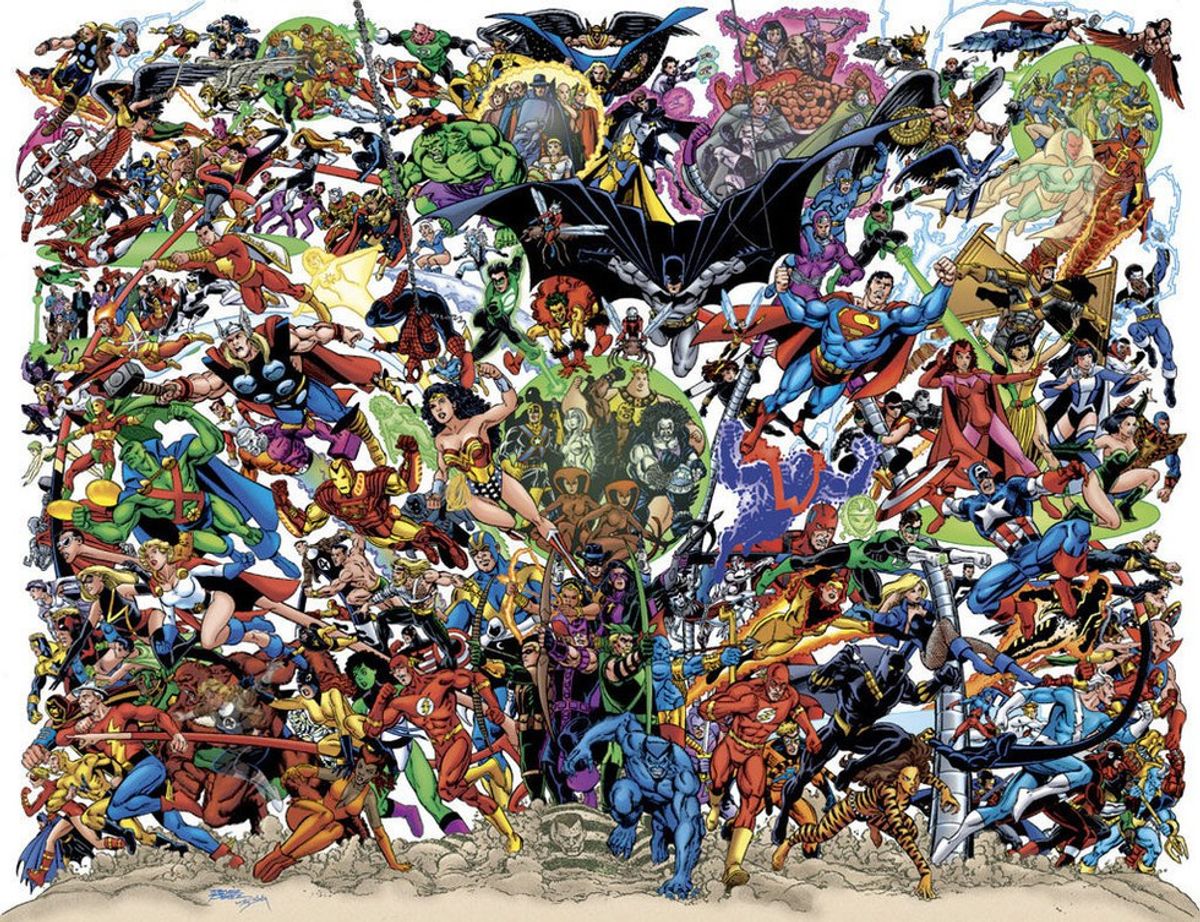 Throughout Comics history there has been those characters who for some reason or another were never fully accepted and remain somewhat on the fringes of comics culture. Although they may have their own comic story arcs and may appear in their own series of comics they are never fully embraced by the mainstream.

Obviously being accepted by the mainstream is not an accurate measurement of quality but it is a measurement of popularity. I decided to devote a post to the unsung heroes, who have been somewhat left behind and might never be accepted into the mainstream. Without further ado, i present...

The Top 10 Most Underrated Heroes Ever in Comics History

Time and time again this Green hero is overlooked or given freedom only in the context of the Teen Titans. Beast Boy has one of the most powerful abilities in either the DC or Marvel Universe. He can shape shift into any animal. Despite his powers he has been over looked again and again, and been considered valuable only within the Teen Titans.

The Cartoon Network Teen Titans cartoon and currently Teen Titans Go cartoon has certainly raised his status, yet he is still not as popular as Batman, Superman, or Wonder woman. He can go anywhere and practically do anything with the abilities he gains in animal form. I personally hope that one day Beast Boy gets his day in the sun and possibly even his own standalone movie.

Ok.Ok. I know it is a little on-the nose to do two Teen Titans Characters in a row, but come on! Raven is extremely cool! Her story is one of the most intriguing in comics history. She is a daughter of the big bad demon Trigon, who turns against her own father and ultimately joins the Teen Titans. Her powers are almost limitless. She can cast any number of spells, has telekinesis, and any number of mental powers. Her backstory is far more interesting than many mainstream characters and has far greater potential for future story lines. Her dark gothic vibe may turn some readers away, despite her redemptive backstory.

Blue Beetle? That's a character? In answer to your question, yes and he has fought it out with some of the most dangerous baddies in the DC universe. Who is he? A Hispanic teenager who stumbled across a sentient mystical alien armor that hijacks his body, but is defective enough for him, Jaime, to gain some measure of control without being over-powered. The Graphic art throughout Blue Beetle comics is crisp and beautiful.

Throughout these comics Jaime Reyes, the Hispanic teenager, fights against the armor's programming to kill and destroy. Apart from this interesting dynamic, their is a very funny running banter internally between this sentient armor and Jaime. His struggle to gain control over the armor and the many mystical and/or alien foes he comes into contact with make his story very interesting and dynamic.

Batgirl?! Really! These are questions you might be asking. Isn't she just a less interesting version of Robin? First, Batgirl has taken on her own fair share of twisted masterminds reminiscent of traditional foes of the Dark Knight. Second, as the daughter of commissioner Gordon Batgirl has an interesting dynamic with police that Batman simply does not have. Personally I find her story lines much more interesting than any other Bat-person's comics, save the main man himself. Her investigatory and martial arts skills enable her interact with a wide gallery of rogues and contend with some very interesting super-villains.

YAY! If you're keeping track this is the first Marvel Hero in my list. If you're wondering why, there is no specific reason other than that I am more familiar with the DC universe. Additionally all of the marvel comics movies and most of the characters therein are completely mainstream. I know...I know...Black Panther was recently introduced into the MCU and will be getting his own standalone movie soon.

Even though that is true, he is still underrated. He is the most skilled hand-to-hand combatant in the Marvel Universe and has one of the most interesting backstories of any Marvel Hero. Traditionally his story is as follows, He and his family were African royalty of the country Wakanda, until a political rival challenged and killed his father in a duel to the death, thereby seizing control of the country.

The mantle of 'Black Panther' the traditional defender of Wakanda was passed from his dying father to him. He takes up the mantle and seizes power back from the his father's killer. His agility and strength are complimented and enhanced by the mantle of Wakandan defender, Black Panther. Although they have strayed from this traditional story line thus far in the MCU, I am excited to see what aspects they maintain in his upcoming standalone movie.

6. Mera (aka Queen of Atlantis)

A side-affect of living deep in the ocean is rock hard skin and super strength. In addition to these attributes Mera has the ability to control water. As pictured above this ability is far more terrifying than it might seem at a preliminary glance. Her fighting skills and smarts are only rivaled by her hot temper. Throughout Aquaman comics she can be seen kicking butt and taking names. Although she traditionally is not as skilled as Aquaman, when it comes to interacting with surface dwellers she is pretty awesome and for that reason makes my list.