'The Times Of Harvey Milk' and Milk
Odyssey

'The Times Of Harvey Milk' and Milk 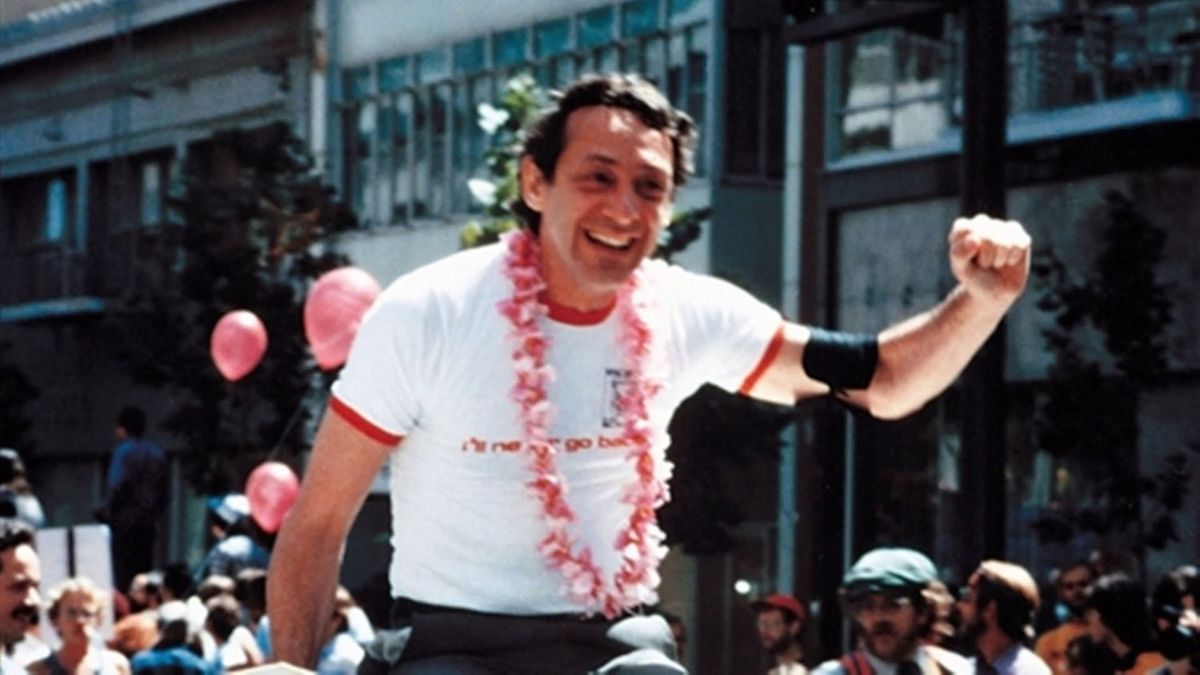 The storytelling of both documentary film and narrative film have always been different. While documentary tends to portray its footage as raw and real, the narrative takes a different approach and twists the story and tends to be a focus on fiction rather than reality.

But how do these different forms of storytelling play out when the story revolves around the same subject? Such is the story of how two different filmmakers told the life of openly gay politician Harvey Milk, who was the city supervisor for San Francisco before being murdered by former city supervisor Dan White. Rob Epstein's 1984 documentary The Times of Harvey Milk and Gus Van Sant's 2008 biofilm Milk portray Harvey as he should be, as a hero to the LGBTQ community. But who's film about Harvey stayed true, and who's story was more exaggerated?

The Times of Harvey Milk describe the lives of Milk and Mayor George Moscone, who was also murdered along with Milk by Dan White in November of 1978. It also describes the political and social climate in San Francisco, which had been rising during the cultural revolution of the 1960s and where a growing number of gay men began to move. Milk was a part of the many gay men who moved to San Francisco and is even pictured with long hair and beard dressing like a hippie. Before becoming a politician, Milk owned a camera store in the Castro district.

Footage from the documentary includes Milk, Moscone, and White. It also includes interviews with many of Milk's friends and colleagues, including a veteran who was at first prejudiced against gays until he met Milk and began to understand the political issues involved.

What moved me in The Times of Harvey Milk was the candlelight vigil that was held for Milk and Moscone after they were killed. A silent parade of 45,000 people paying homage to the man who fought for his people and his community. This scene then transitions to an angry mob after finding out that White would be given what was perceived as a light sentence for the murders.

"If Dan White had only killed George Moscone, he would have gone up for life. But he killed a gay, and so they let him off easy." This powerful quote is a reminder of what it meant to be openly gay during that time. LGBTQ people would still have a lot of fighting to do until they became accepted by society, which even today is a battle still being fought.

Dan White would eventually serve his time in jail and was released in 1984 before killing himself in October of 1985, a year after The Times of Harvey Milk was released.

The Times of Harvey Milk was released during the height of the AIDS pandemic. By the documentary release, over 7600 people were diagnosed with AIDS in the United States while over 3600 people had already died from the virus. If only Harvey Milk were alive to help fight for a cure for AIDS.

Fast forward to 2008 and the LGBTQ community has had some progression since the release of The Times of Harvey Milk. States began to issue same-sex marriage, but things like Don't Ask Don't Tell, the Defense of Marriage Act, and Proposition 8 were just a few of many setbacks used against LGBTQ people in the United States.

By November of 2008, Barack Obama had been elected the first African-American president of the United States, and Gus Van Sant had brought Harvey Milk back to film with Milk.

The movie begins with Harvey Milk on his 40th birthday living in New York City before moving to San Francisco and going into politics. Truth be told, Milk never thought about being a politician before moving to California. The film chronicles Milk's journey into city politics, and the battles he fought for the LGBTQ community in the Castro district of San Francisco, going up against the likes of failed country singer Anita Bryant and John Briggs. The film also shows Milk's personal relationships and his affiliation with Dan White, who was at constant odds with Milk.

Milk does an excellent job of portraying the public and private life of Harvey Milk. And a lot of that can be thanked by Sean Penn, who portrays Milk in the movie. Penn shows Milk as just an ordinary man who was fighting for what he believed in and fighting for the community that he loved. Milk shows how one man spoke out against oppression, and the rest soon followed suit.

And like the documentary, Milk ends with the actual footage of the candlelight vigil held for both Harvey Milk and George Moscone. A truly beautiful ending to such a beautifully tragic movie.

When it comes down to it, documentary and narrative film have different ways of presenting a story. But how did the two tell the life of Harvey Milk?

The Times of Harvey Milk focus more on his friend's side of the story which makes the documentary biased. Some of the jurors in the Dan White trial were available for filming but were not shown at all during the final cut. However, the documentary is powerful in its vision of Harvey as a hero.

Milk focused on not just Harvey's political life, but personal life as well. We go deeper into Milk's love life with his first lover Scott Smith and the downhill relationship with Jack Lira. And a stated earlier, the movie shows Harvey as just an ordinary man who stood up for what he thought was right.

In a way, both the film and the documentary do a fantastic job of showcasing the life of Harvey Milk and what he did for the LGBTQ community. Even if there are differences in telling his story, the message is clear that Harvey Milk will go down in history for bringing LGBTQ issues into the foreground of politics during a time where being gay was unnatural. Milk helped change the course of LGBTQ history for the better.