With The Texas Shooting, When Will We Realize NOW Is The Time To Talk Control?
Odyssey

With The Texas Shooting, When Will We Realize NOW Is The Time To Talk Control?

If we keep waiting to talk about gun control and mental illness, we're risking more and more lives. 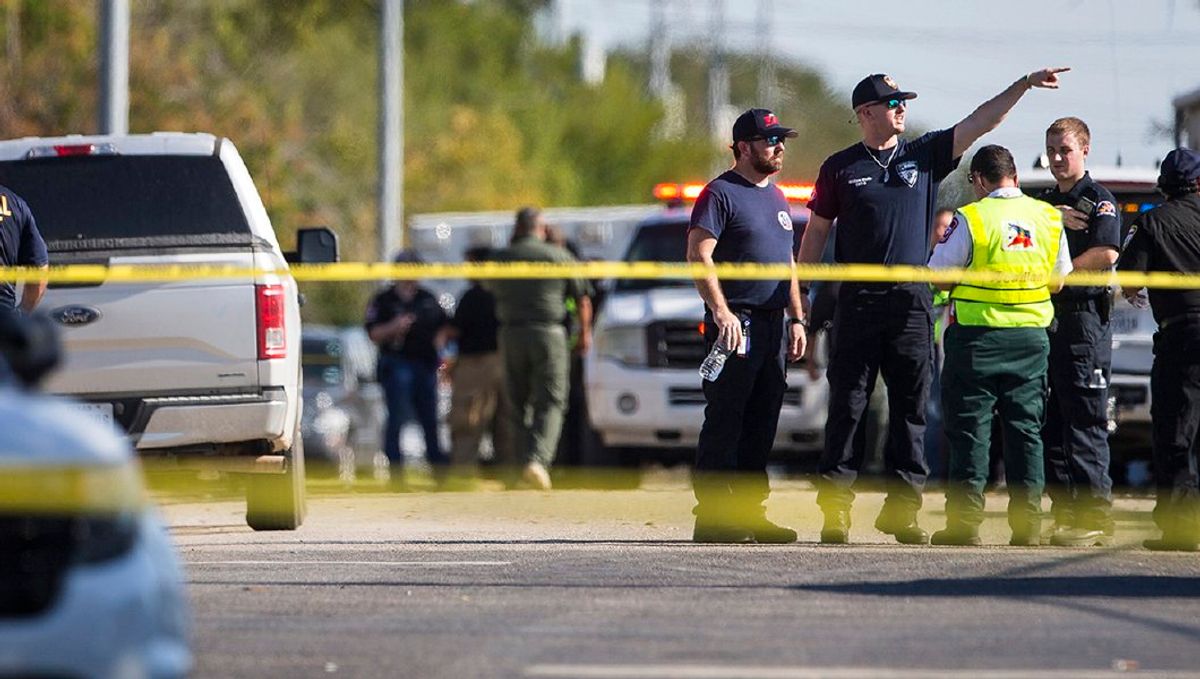 On Sunday, November 5th, 2017, "disgraced" ex-Air Force member Devin Kelley opened fire on the First Baptist Church in Sutherland Springs, Texas. Twenty-six people were killed, twenty more were injured, and the gunman died, leaving the town of Sutherland Springs, the state of Texas, and the entire United States with questions.

I'm going to be 19 in December. In 19 years there have been over 60 mass shootings. I've watched coverage unfold about Newtown where 20 children were slaughtered. I watched as 32 people were killed, 23 injured following a mass shooting at Virginia Tech. I have feared concerts because I saw Jason Aldean in May and in October, 59 of his fans were murdered and hundreds more were injured at the hands of a single shooter.

President Donald Trump addressed the press from his 2-week trip through Asia. He hit the heavy point of mental illness by saying, "this is a mental health problem at the highest." He's right. He's wrong by saying that this wasn't a gun situation. A semi-automatic gun was used. This is a gun situation.

A white man who was court-martialled for assaulting his wife and child and dishonorably discharged from the United States Air Force had access to an AR-15 semi-automatic assault weapon. Why was he able to buy a gun, make posts about it on Facebook and then proceed to shoot up a church?

The time to talk about gun control is now. We can't keep pushing it off.