The Tale of Seamus the Snail

The Tale of Seamus the Snail 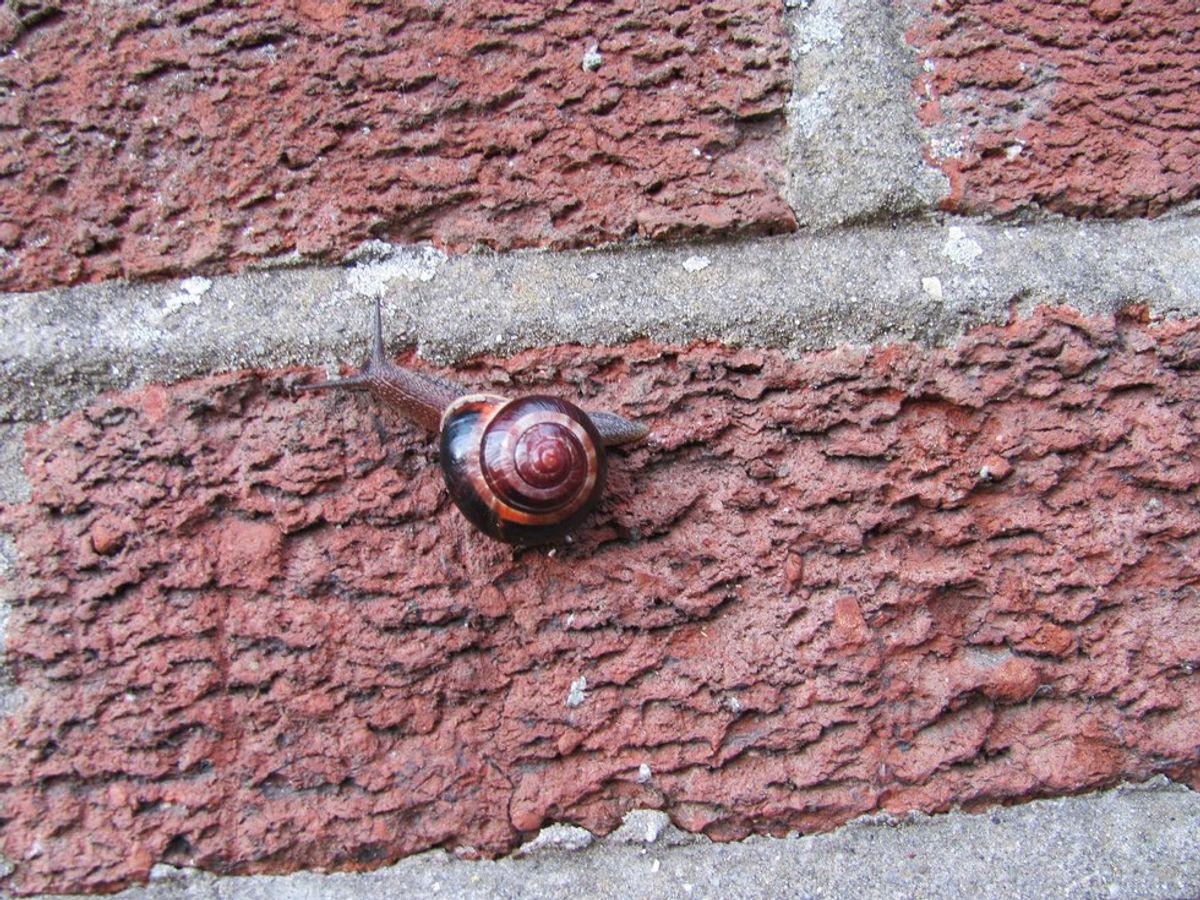 The Narcissistic Expert Diaries: From Iowa to Ireland

So I was walking along the street last week, admiring all the lovely little crawly shells dotting the wall running alongside my right. Of all the reasons to love Ireland, the fact that it is swarming with snails is my favorite! Everywhere I walk, there are snails sloooowlyyy crawling along the stone walls seperating the houses from the sidewalk. Their shells are so shiny and pretty, and their little antennae wave as I pass them by.

I like having plants and a pet in my room - at Wheaton, my roommate and I have multiple flowering plants and a beta fish named Buzz Lightyear (that we rescued from certain toilet-based death). I was feeling a little lonely in my room at UCC so within the first couple weeks I bought a little succulent at Tesco to brighten my room. I ended up being gifted another little succulent (from Lidl) later on. Since my plants are relatively low-maintenance I only need to water them maybe once a week. Two is a sufficient number of plants though, so I didn't want to buy any more.

Then I realized I wanted a pet.

I was walking with my friend down the street and spotted the cutest little snail, with a spiral black-and-beige striped shell. I made an impulse decision:

I wrapped his little snail self into a leaf and carried him home to my room. I named him Seamus (I am in Ireland after all) and filled a jar with rocks, leaves, moss and a climbing stick so he could play. That first night he mostly just stayed in his shell, too afraid and probably shocked from his kidnapping.

The next day he came out of his shell (ha) and was a little more active. He crawled around on the leaves and up the stick a little. Due to his sudden sprightliness, I was a little afraid to leave him all night with an uncovered jar, but I did anyway. My friend (Seamus' adopted father) said "If he escapes more than once, you gotta let him go."

I woke up and frantically searched my windowsill and his jar before realizing he was hiding in the curl of a dead leaf. I breathed a sigh of relief and went about my day, exploring Cork and going to my class. Seamus wasn't as active as he was the day before, so I wasn't worried about leaving him while I went to sleep.

The next morning, he escaped his jar prison and ran away to park himself onto my window glass. I was astounded at this act of rebellion. I plucked him off the glass and gently plopped him back into his jar. That evening, I brought the jar onto my desk and Seamus crawled out in the middle of another escape plan, but paused at the edge of the jar to watch half an episode of "Archer" with me. It was the best thing that's happened all week.

Unfortunately, great things do come to an end, and I had to release Seamus back into the wild. I'd rather have him as a companion for a couple days and enjoy that time instead of him dying whilst under my care. I left him a grape and his climbing stick, and when I went back to check on him after recycling his playpen he had left a very nice snail poop all over the grape. ¯\_(ツ)_/¯