The Story of Yule
Odyssey

The Story of Yule

How Christianity and Paganism are alike 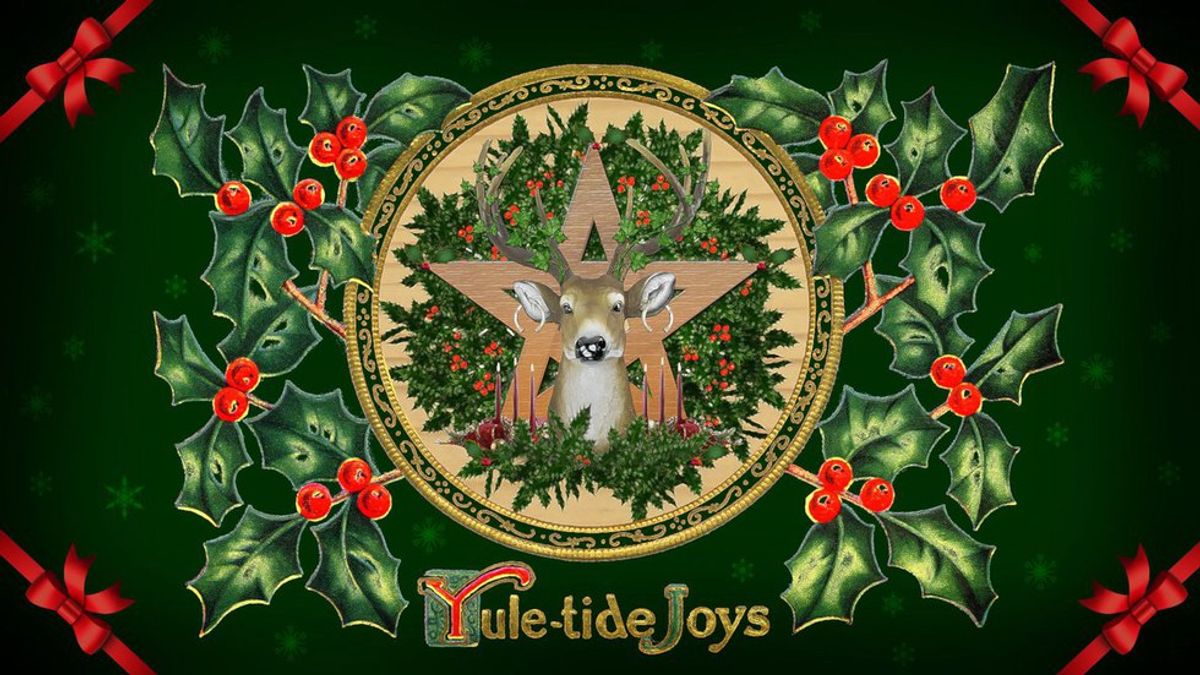 Christmas is, by all means, an extremely diverse holiday. While we fail to notice it most of the time, cultural aspects from all around the world come together and merge into the holiday that we know of as Christmas. Of course, Christmas is a celebration of the birth of Christ, the son of God. However, Christmas isn't as simple as that, especially when gift-giving, reindeer, elves, trees, and snow are thrown into the mix; after all, baby Jesus certainly never saw snow!

This raises the question: where do these aspects come from? While there are many different cultures and religions that have inspired the modern-day celebration of Christmas, one religious celebration stands out the most: the pagan celebration of the winter solstice known as Yule.

Out of all winter celebrations that take place during this time of year, one of the least-recognized seems to be Yule, celebrated by both pagans and Wiccans. Historically celebrated by Germanic pagans, Yule is the celebration of the coming light, which will bear itself when spring arrives. Similarly to Christmas, Yule marks the time in which the new year begins, as seen in the wheel of the year.

As with most Sabbats, we pagans decorate our altar (our sacred place of worship) in honor of the holiday:

When you look at these pagan altars, you can see the similarities between Yule and Christmas imagery: snow, ribbons, candles, evergreens, etc. My personal altar features similar aspects, such as candles, ornaments, and even a small tree.

Of course, you probably noticed the strange logs featured in each of these images. These are known to pagans as (not surprisingly) Yule Logs, which actually are an ancient Celtic phallic symbol (ancient paganism was quite fond of phallic symbols). The use of phallic symbols in Yule comes from the fact that Yule is considered to be the day of rebirth of the Horned God, who, in turn, symbolizes the sun. Of course, considering that the days after yule will be longer and the nights shorter, it makes sense that ancient Pagans would believe this to be, quite literally, the birth of the sun.

Yule logs are one of the many pagan symbols that have made their way into the modern Christmas; after all, one of the most popular Christmas dishes is the Yule log cake.

Somewhat less apetizing after realizing what it represents...

Since these pagan traditions came from primarily Germanic regions, symbols such as snow, reindeer, and evergreen trees came to represent the season. Of course, since Yule is the celebration of the coming of the light, candles were a very prominent symbol to the pagans of the past. To modern pagans, not only candles, but also artificial lights uphold the symbolism of the Horned god.

Yule, like most other Sabbats, is a massive celebration, celebrated with caroling, wassailing, mistletoe, and gifts, as well as prayers and elaborate rituals performed to honor the coming of the Horned God, one of the primary Wiccan deities. Gift-giving was very prominent in the Roman holiday Saturnalia, which was adopted by the Germanic pagans, and, finally, adopted by the Christians.

Of course, many Christians are horrified at the realization that their holy day is so similar to a pagan holiday. However, it is important to remember that history isn't always exclusive; cultures have always merged and split over time, and customs have always been adopted and abandoned. This does not mean that Yule is Christian, nor that Christmas is Pagan; it is simply a similarity developed due to cultural exchanges. Some other similarities between Pagan and Christian traditions are Ostara and Easter, as well as Lughnasadh and Thanksgiving.

It's so easy to alienate those who have different customs than us, but it's of upmost importance that we remember that, within all of our differences, we can cherish the things that bring us together. Merry Christmas, Happy Hannukkah, Joyous Kwanzaa, and Blessed Yule.